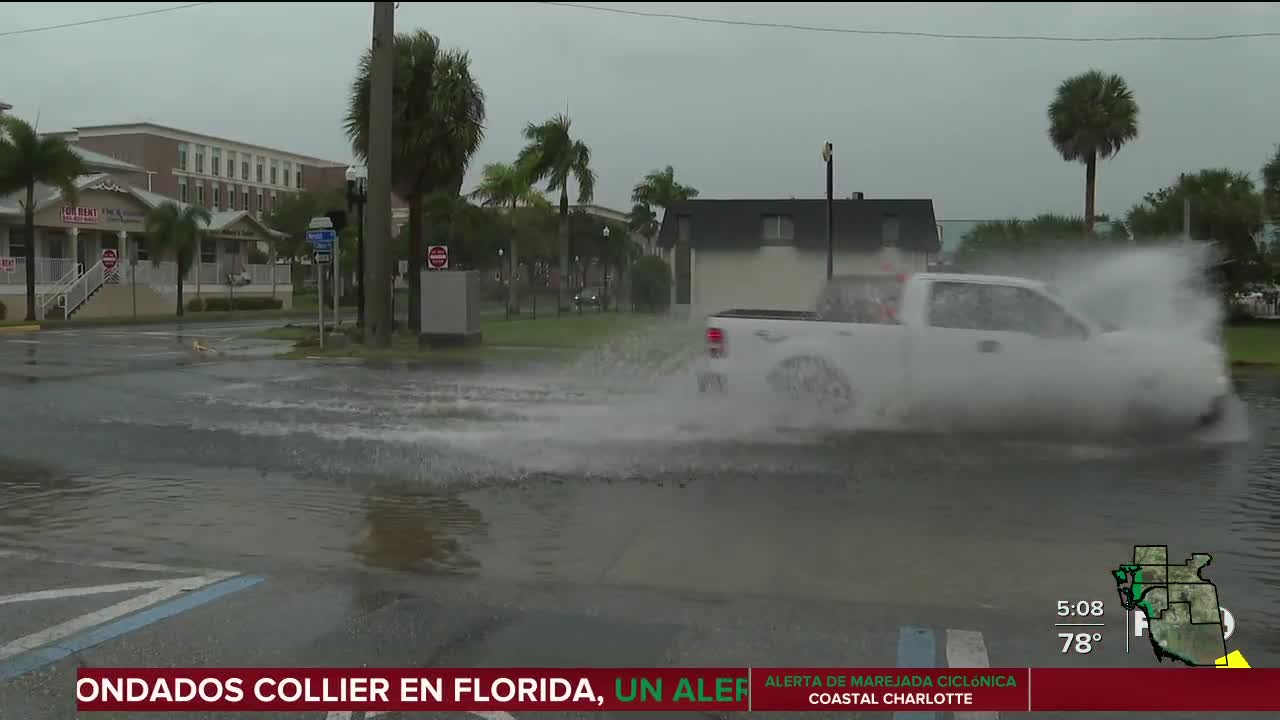 The owner of Celtic Ray Public House in Punta Gorda says the bar was nearly destroyed after Hurricane Charley. So, a little flooding won't force him to close his doors this time around.

PUNTA GORDA, Fla — Some cars breezing through inches of rain on Marion avenue. Others taking their sweet time. Less than a mile away, strong wind and heavy rain sent water from the Laishley Park Marina past a bench that’s usually dry. That didn’t stop folks from coming out to the marina.

Kansas Kullen and Kaycee Packard even stopped by Celtic Ray Public House to have a drink.

“I have the day off. Not going to let it go to waste just because of a little bit of rain and flooding,” she said.

He stopped the Fox 4 interview to yell at a car driving way too fast in the flooded water.

He said that jokingly, but he meant what he said, since he’s seen his business flood before. hurricane irma rushed a foot of water inside in 2017.

“We were closed down by the police. Otherwise, we would’ve stayed open,” he said.

Before that, heavy winds from hurricane charley destroyed two thirds of the building. It took him seven years to rebuild. But so far, no flooding or wind damage inside from Tropical Storm Eta.

“No, not today. We’ve had that before, but not today. We’re not expecting any today, because the high tide is not until midnight,” he said.

Doyle has barriers on standby, just in case floodwater from the streets gets closer to his front door.