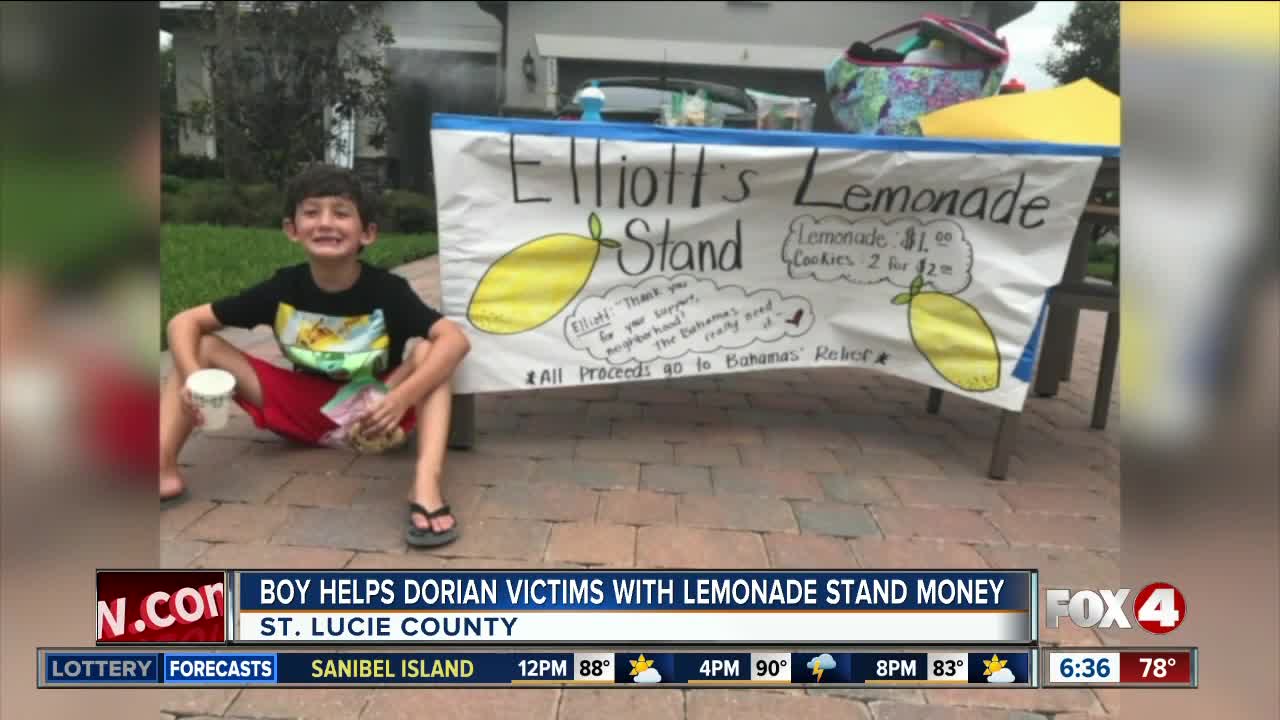 After Hurricane Dorian devastated parts of the Bahamas, 6-year-old Elliott Lefko decided to hold a lemonade stand outside his family’s Port St. Lucie home to help victims of the Category 5 storm.

“I’ve always wanted to do a lemonade stand,” said Lefko.

His parents, Justin and Lauren, say they decided on a lemonade stand one night after watching coverage on television showing Bahamians suffering from lack of water, food and shelter. The family had a discussion and then quickly got to work.

“We sent it to our neighbors and we posted it just on Facebook like, hey look what he’s doing today kind of thing, and then it just exploded. We had online donations and people wanted us to start a Venmo,” said Lauren Lefko.

The first-grader made a homemade sign and set up shop early Wednesday morning while his school was still closed due to the storm forecasted to potentially make landfall in South Florida. What the family thought would be a two-hour activity turned into six hours outside and raising more than $500.

“My dad had to run back to the store and buy some more lemonade,” said Lefko.

The parents say they were blown away by their son’s friends who brought their own money from piggy banks and the tooth fairy to donate as well.

“For me that was touching, yea it was really neat to see the kids actually do something and feel that they were contributing. They were literally giving everything that they had,” said Justin Lefko.

The family went to a Walmart on Friday night to buy items like tents, first aid kits, blow-up mattresses, and sheets to donate to a local charity collecting items to take over to the Bahamas in the coming days.