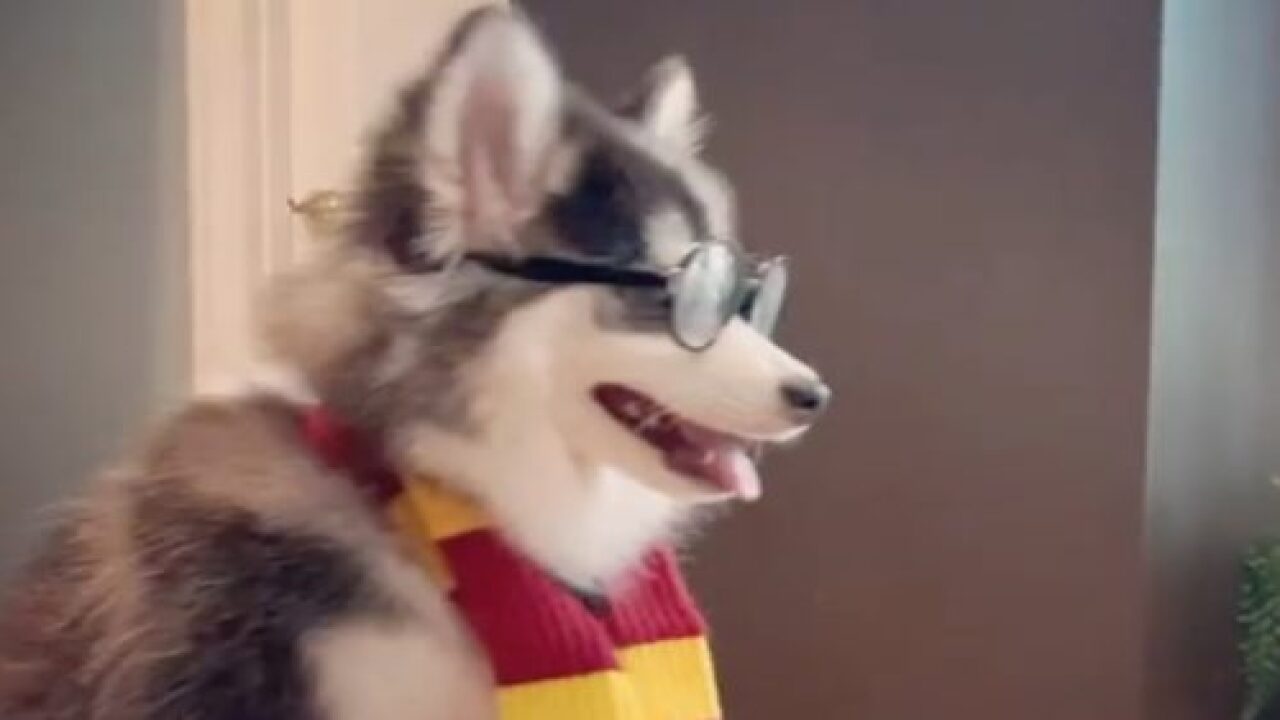 Potter is a pup named after Harry Potter, so of course he had to dress up as the character for Halloween. This adorable dog has his own Instagram page, @potterthepomsky, which documents all his adventures.

On Oct. 19, his human posted a video of Potter dressed as his namesake and riding on a Roomba vacuum. Needless to say, it’s pretty amazing. To make it even better, the theme song from the “Harry Potter” movies is playing in the background. Check it out:

How cute is he with Harry Potter’s signature glasses and red and yellow scarf?

“Doggie is saying: I love that technology business. Even my toys get upgraded,” surmised @gablovesdoggiesnkitties.

Later, more photos of Potter in his costume were posted, and they’re just as cute as the video. How happy and handsome does he look in this shot, captioned, “Will smile for second Dinner!”?

Even wizards need their rest, as evidenced by this snap of Potter cozied up in bed after a long day with the caption, “Night Night muggles”:

He even has a Potter-themed collar:

He looks so sweetly innocent in this photo showing it off, despite the caption declaring, “I solemnly swear I am up to no good”:

Here he is, still wearing his scarf and playing with his favorite toy, a rubber ducky:

“Can someone please tell Mr. Weasley that I’m sorry I haven’t found the function of a rubber duck,” reads the caption. “However, they are my favorite things to chew.”

Aww! We can’t wait to see what Potter gets up to next!