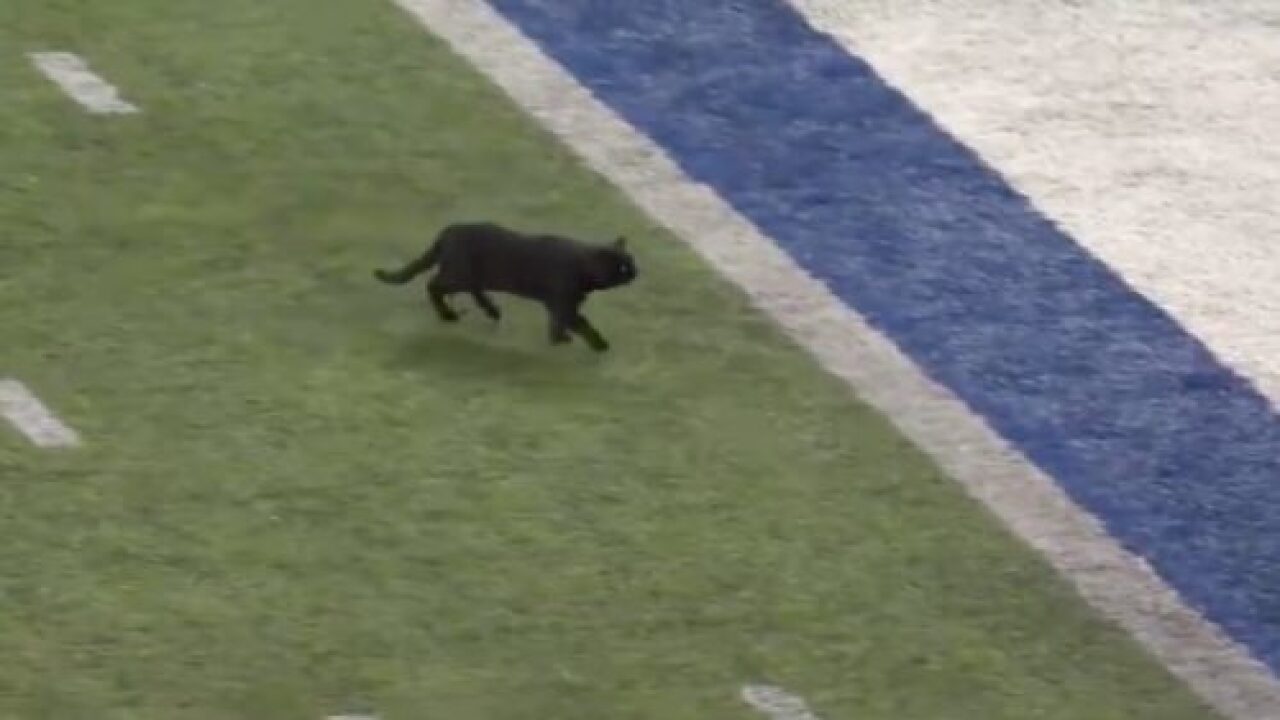 On Monday’s game between the New York Giants and Dallas Cowboys, an unexpected player took the field. With expert reflexes, unshakable focus and a lithe, powerful body, this athlete was built for the game, but for one small problem: He’s a cat.

During the second quarter, this ferocious feline suddenly appeared on the field. Flabbergasted but amused, sports commentator Kevin Harlan, who calls Monday Night Football on the radio for Westwood One, began giving a hilarious play-by-play of the kitty’s progress on the field.

Journalist Timothy Burke shared the funny moment on his Twitter timeline, applauding Harlan for his expert commentary and his ability to even work in a nod to the sponsors.

Kevin Harlan's Westwood One radio call of the cat on the field is, as you might expect, an all-time great call. How much of a pro is Harlan? He worked a sponsor read into it. pic.twitter.com/3x0MVNEHNY

“He’s walking to the three, he’s at the two, and the cat is in the CDW red zone!” Harlan calls as the cat looks for an escape.

“And the cat runs into the end zone! That is a touchdown!” he yells.

On the official televised Monday Night Football call, announcers Joe Tessitore and Booger McFarlan joked that the black cat could spell trouble for the Cowboys. But they also praised the Halloween-ready feline’s athletic moves on the field.

“Look at his change in direction.”

After several failed attempts from officials to grab the cat, he finally runs off the field and into the tunnel, unharmed and hopefully on his way home.

Of course, the unexpected visitor became a viral sensation, with Twitter users tweeting up a funny storm about the little guy.

How does a cat get into MetLife? Those tickets are friggin expensive!

The whole incident caused about a 2-minute delay, but no one seemed to be complaining as they laughed at the spectacle.

The kitty could be one of the strays who live in MetLife Stadium, and he was perhaps startled by the noise of the game and became disoriented.

As odd as it might seem, cats and other critters interrupting major league sports games is not an uncommon occurrence. As you can see from this supercut of animals running on the field during MLB games, it seems that even animals can’t resist the allure of professional sports — including a couple of pigeons who are completely unconcerned with the game being pitched right over their heads.