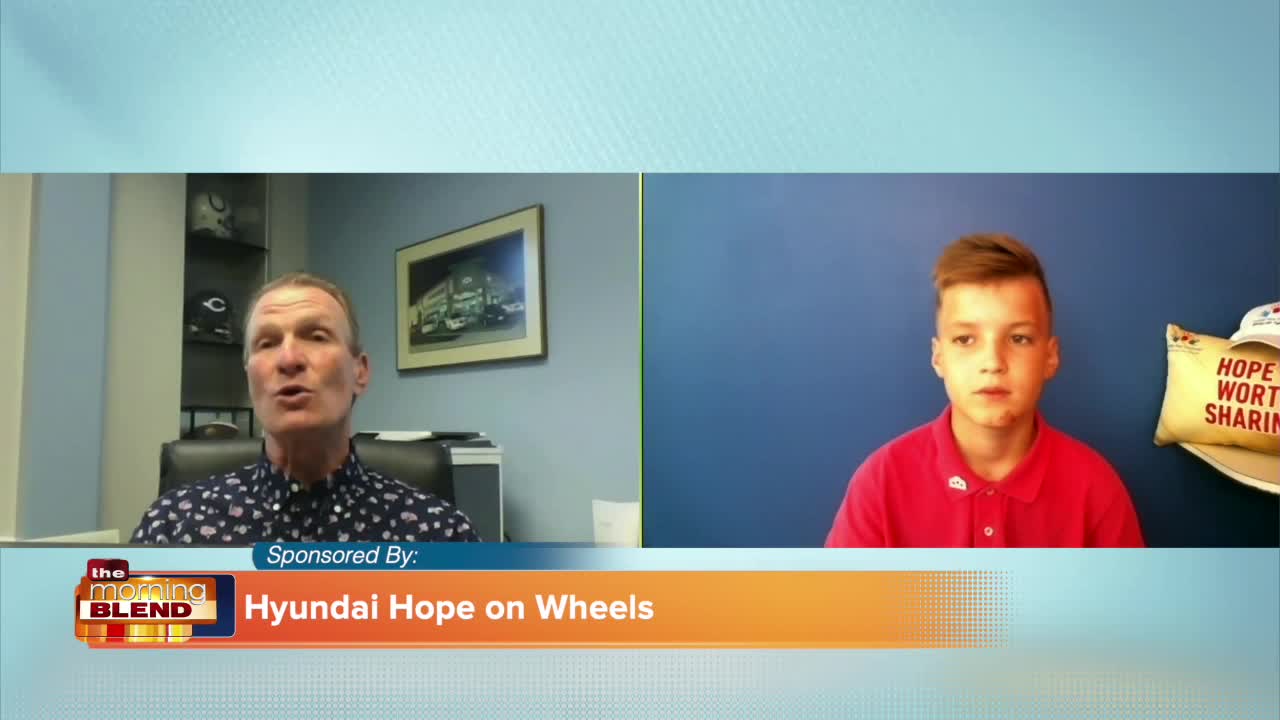 Alex lives in Chapel Hill, NC with his mom, dad, brother and sister and is a pediatric cancer survivor. When Alex was only 5 years old he was diagnosed with Non-Hodgkin’s t-cell lymphoma and then he was in treatment for almost 3 years. When his family received the news that he had pediatric cancer Alex didn’t know what pediatric cancer was. It was a shock to his family, and they had no time to prepare but they knew they had to put a game plan together to win. Alex is so glad to be the National Youth Ambassador for Hyundai Hope on Wheels. This has boosted his spirits and helped him win his fight against cancer. Now he wants to help more kids beat cancer too. His message to kids who are fighting pediatric cancer is you can win.

Jordyn Hernandez, Pediatric Cancer Survivor, is honored to be the National Youth Ambassador for Hyundai Hope On Wheels. She is in 7th grade, lives in Concord, California with her parents and her brothers Jacob and Joshua and has been cancer-free for over 4 years. In 2013, Jordyn was diagnosed with T-cell lymphoblastic lymphoma not long after her 6th birthday. What her family thought was an allergic reaction turned out to be a mass in her chest. Jordyn’s treatment lasted for about 2 ½ years which consisted of many hospital overnights, trips to the day hospital, medical tests, blood tests, and over of course all sorts of doctor appointments. She wants all kids that have been diagnosed with cancer and their families to know, there is always hope. Pediatric Cancer is beatable. You are not alone; this is a fight that we fight together. Alex says she is an example that if you put your mind to it, it can be done. She wants to spread the word that you can find hope in any situation. Win, You Can. End of story!