Thunderbirds arrive in Punta Gorda for air show this weekend 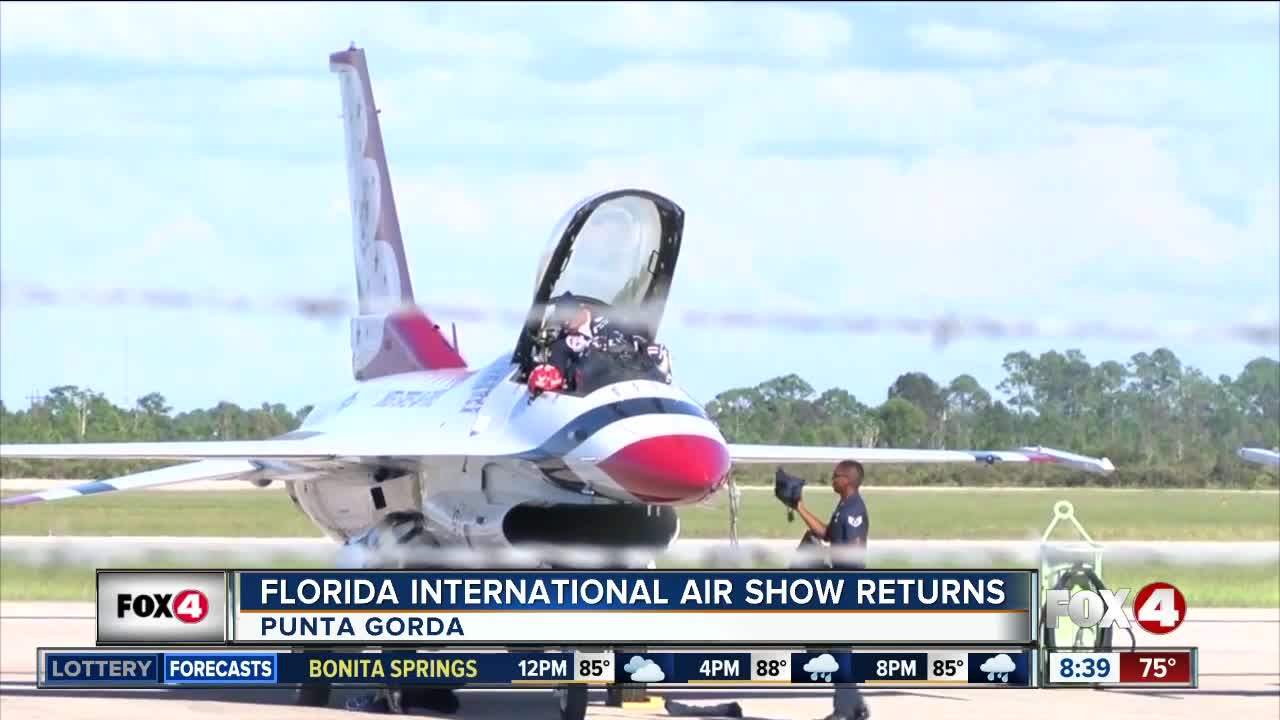 The Thunderbirds will be flying high in the sky over Southwest Florida this weekend at the Florida International Air Show!

PUNTA GORDA, Fla. -- The Thunderbirds will be flying high in the sky over Southwest Florida this weekend at the Florida International Air Show!

The lead pilot for the United States Air Force Thunderbirds say they always arrive at least a day in advance to practice and prepare to make sure everyone flies smoothly.

"It’s important for us to see the elevation profile, see if there’s any obstacles to make the show site more challenging,” says Maj. Matt Kimmel.

If you want to be a Thunderbird pilot, it takes a lot of practice and skill. Even then, you can only get to be in the squad for two years.

The lead pilot says he's logged more than 2100 flying hours, and that flying these F-16's is a dream come true.

“I first wanted to do aviation as a kid. I went to air shows as a kid. I grew up in California, we had our Travis Air Show at the Travis Air Force Base, and seeing that inspired me. I saw the Thunderbirds there and thought ‘man, that’s pretty cool.’ And for me, September 11th was a defining moment in my life to say ‘I want to go fly for the military and do combat aviation.’ I didn’t plan on being a Thunderbird; I wanted to be an instructor pilot in the F-16. I was able to do that. Then after doing that for about five years, I said ‘hey, I want to move on and see if I can fly these jets.”

The Thunderbirds will perform Saturday and Sunday to close out the air show each day.

The gates at the Punta Gorda Airport open at 4:30 p.m. Friday for the opening ceremonies at 5:30 p.m.

Saturday and Sunday, gates open at 9 a.m. with opening ceremonies at 11:30 a.m. The show ends at approximately 4 p.m.

Fox 4 will be there, so be sure to stop by our tent and say hi!