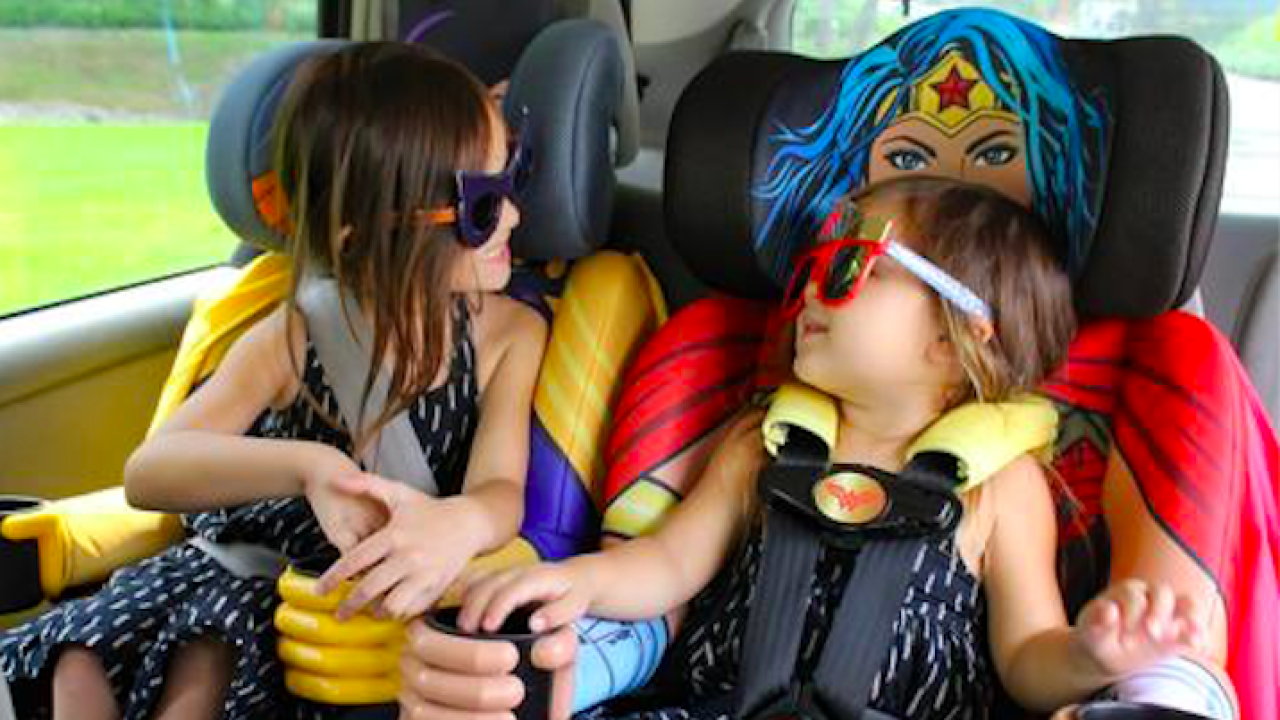 KidsEmbrace car seats come patterned with all sorts of kid-favorite characters — from Marvel heroes to “PAW Patrol” pups to Disney stars — and right now they’re on sale at Amazon for as low as $92.99.

Bargain-hunting website Hip2Save dug up the deal, which is valid for certain styles of KidsEmbrace seats. A Captain America seat, complete with cup holders for hands, is one of the seats in the promotion, ringing up at $93.99 with the $56 discount.

That’s right. I said $56 off the regular price. Plus, it comes with free shipping!

Cap seems to be getting the deepest discount of the Marvel collection, but some of the other Avengers are on sale as well. A similar Spider-Man seat is marked down to $117.89 and Iron Man is only $105.99 — both were originally priced at $149.99.

If it’s princesses you crave, they’re on sale, too. Check this one out: It’s a Cinderella car seat with a flowing, shiny cape on the back — that can be used as a blanket. It’s removable and washable, too.

Amazing! This version, with pink accents, is $108 on sale; the same Cinderella seat with starry gray accents is reduced to $110.99.

A seat featuring Belle from “Beauty and the Beast” is $122.20 after a $27.79 discount off the regular price. She doesn’t have a cape-blanket, but she’s looking lovely in her famous yellow ball gown.

Walmart has similar prices on some of the same seats — they’ve also got a Batman seat on sale for $108, and it comes with one of those cool capes!

All these seats are approved for use by forward-facing kiddos weighing between 22 and 65 pounds. They can also be converted into belt-positioning booster seats for bigger kids when the time comes.

Just think: Your little fans could be riding in style for years to come, and you’ll have saved a chunk of change to boot! Truly, this is hero-level parenting.