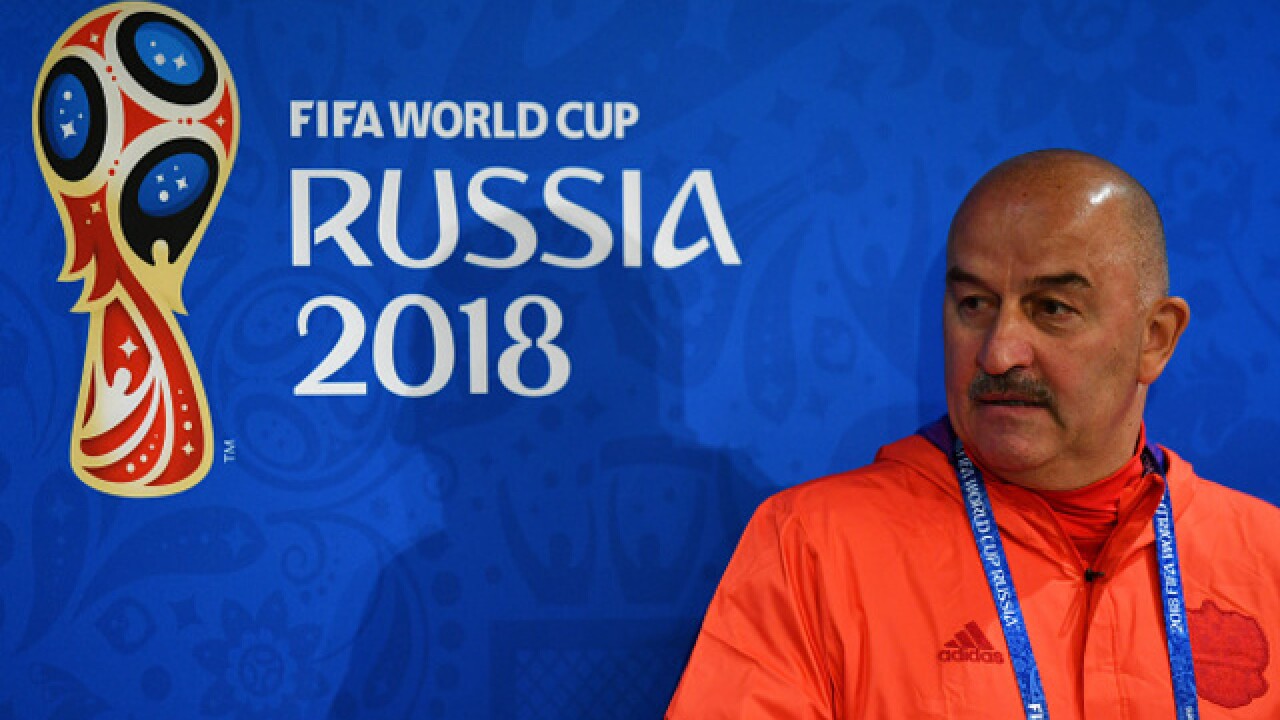 Copyright 2018 Scripps Media, Inc. All rights reserved. This material may not be published, broadcast, rewritten, or redistributed.
Dan Mullan
<p>MOSCOW, RUSSIA - JUNE 13: Stanislav Cherchesov, Head Coach of Russia talks to the media during a Russia press conference ahead of the 2018 FIFA World Cup opening match against Saudia Arabia at Luzhniki Stadium on June 13, 2018 in Moscow, Russia. (Photo by Dan Mullan/Getty Images)</p>

MOSCOW (AP) - Russia's national soccer team is so bad that even the ruthless leader of Chechnya couldn't coach it to victory - at least according to a satirical song buzzing around Russian social networks ahead of the World Cup.

Russians are turning to parody to defuse tensions around the event, which kicks off Thursday in Moscow with much at stake for President Vladimir Putin and his proud nation.

The favored target is mustachioed Russian coach Stanislav Cherchesov. A tongue-in-cheek online campaign appeals to Russians to post images of themselves wearing mustaches as a show of support.

A clip by singer Semyon Slepakov imagines replacing the coach with Chechen leader Ramzan Kadyrov, but predicts even he would be overwhelmed by the task.

The parodies conceal a deep-down hope that the Cup is success - and a fear that something could go wrong.