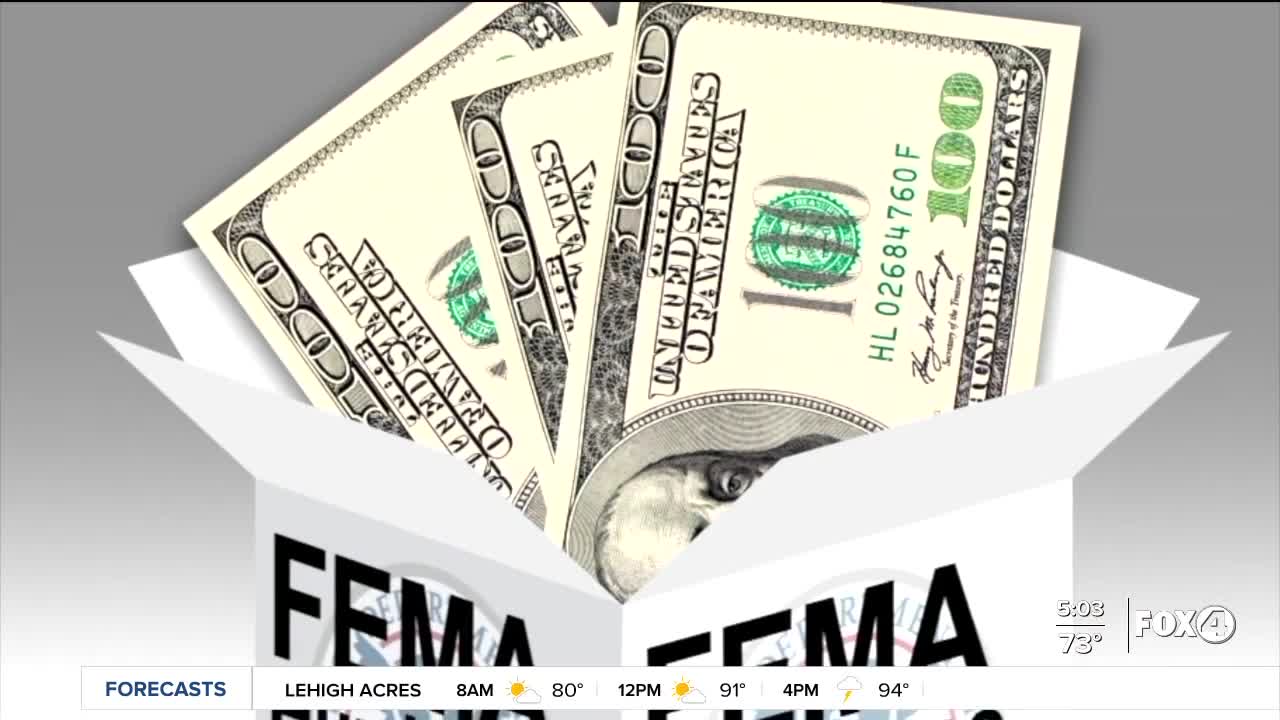 Additional help is finally on the way for unemployed Floridians. Many have been struggling to get by on $275 per week in state benefits, with questions about when those $300 federal checks will arrive.

CAPE CORAL, Fla -- Additional help is finally on the way for unemployed Floridians.

Many have been struggling to get by on $275 per week in state benefits, and have said it's barely enough to cover basic needs like rent, utilities and food for their families.

They've had questions about when those $300 federal checks will arrive. We now know the state has been cleared to receive at least three weeks worth of it.

Before it expired in July, you may recall unemployed Floridians were receiving an additional $600 per week in federal pay through the CARES Act. It's now dropped to $300, with the money coming from FEMA.

Our sister station in Tampa spoke with one man who’s been receiving $275 a week since March, who explained that any additional help will make a big difference.

“Just getting $275 a week, and I have a family of seven here to support and it’s very hard,” said Rob Watson.

Each person that qualifies will get $900 minus taxes, with payments estimated to hit bank accounts between September 11th and 20th.

To qualify, you must be getting at least $100 a week or more from the DEO currently.

Another update will come in October, when the state will recalculate how long someone will get benefits based on the unemployment rate. It’s currently at 12 weeks based on last year's rate.