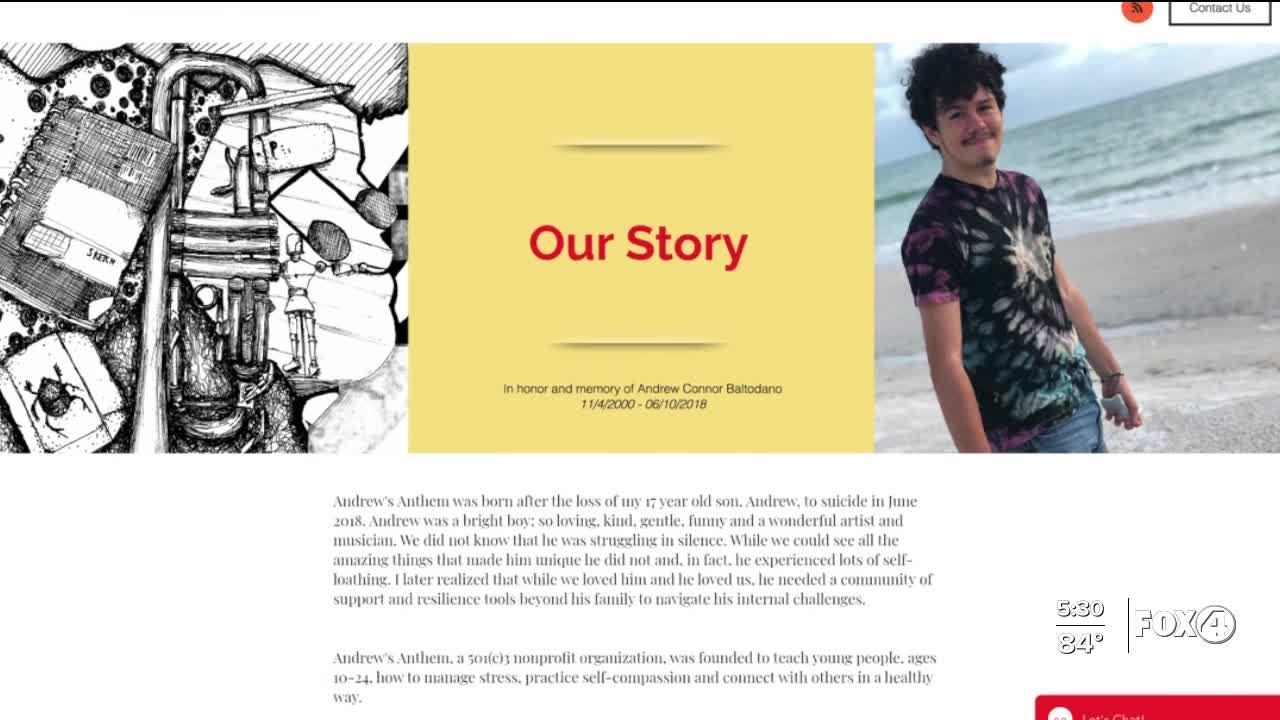 Golisano Children’s Hospital in Fort Myers says they’ve seen more children and teens attempt suicide during the COVID-19 pandemic. Suicide is the second leading cause of death for middle and high school students in Florida, according to the Centers for Disease Control and Prevention.

FORT MYERS, Fla. — Laura Baltodano lost her son two years ago. She says her pain fueled her purpose to help other mothers, who are trying to cope through hard times.

He was 17 years old when he took his own life. It’s a grief no parent should bare. But, Baltodano does and she's not alone. According to the Centers for Disease Control and Prevention Centers, suicide is the second leading cause of death for middle and high school students in Florida. Baltodano says her son's death led her to start a foundation called Andrew's Anthem that brings families together.

“The biggest things that I felt really early on is that even though I couldn’t change what had happened, that I could make a difference in what happened next,” she said. “Andrew’s Anthem, that’s really why it was born, and what we do, which is creating a community of support, of non-judgement, of love, and of compassion.”

He says much of it is caused by depression and anxiety. Stress and isolation from the pandemic only agitates that, pushing children and adults who are already prone to a mental break over the edge.

He shared signs parents should look out for: anger, children feeling like they’re a burden, lack of good hygiene, indifference to praise or reinforcement, and decreased interest in pleasure.

Doctors say when you see the signs, the best method is to address the issue.

“I’m not shy at all about saying to someone geez I hear you’re talking about suicide or hurting yourself,” said Simeone. “I’m really worried about you. Have you been thinking about that?”

He says if the child’s behavior continues or declines even more, it’s time to take action.

Dr. Simeone recommends giving your children responsibilities to care for other people. Helping you or other relatives and friends could restore purpose when they’re facing mental challenges.