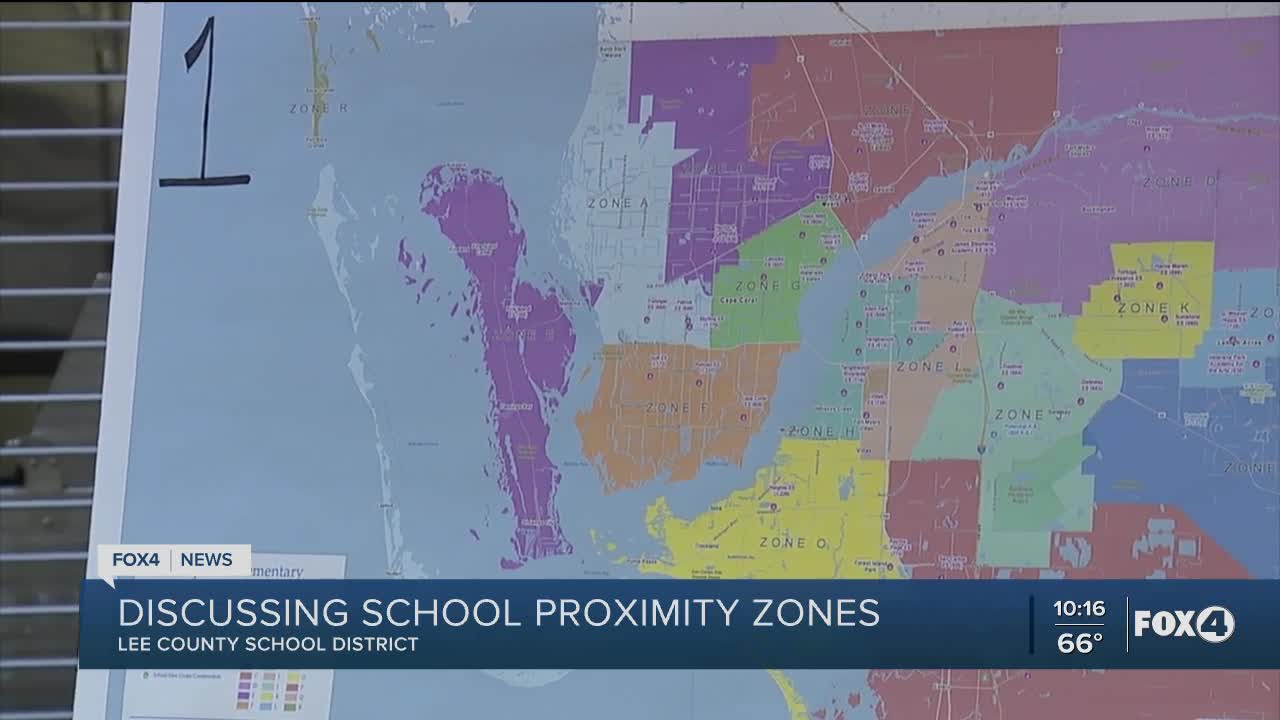 Parents came to Dunbar High School in Fort Myers to view the four options of re-zoning plans drawn up by the District. Currently, schools are separated into large zones and parents can choose which school they would like their child to attend as long as the school is within that zone. The new zones will be smaller, in an attempt to prevent children from traveling outside of their neighborhood for school.

"Choice still maintains in the plan, but you have smaller zones," says Adam Malloy, Coordinator of Community Engagement for Lee County School District. "You have shorter bus rides, you have shorter ride times, you can have a conversation about start times. You have money that’s saved that can then be used to help each child reach his or her highest potential from a learning environment standpoint."

County leaders believe this will solve many of the school district's issues. But, Lee county parent Shauna Anderson says the re-zoning plan may increase her child's commute. This is because her child's current school is located on the border of two zones. She lives in the one that the school is not in, forcing her to send her child to a school within her zone that is further away.

She says to combat this issue, the schools should have radius zones. Where a parent can send their child to an elementary school as long as they live in a close mile range.

Crystal Johnson also brings up racial concerns created by proximity zones. She fears that the smaller zones will block predominantly black or white communities from sending their children to the same school. This will create less diversity in schools, reminding her of the days of segregation.

"We decided and fought so hard for segregationists to not have schools separated and students not being able to come together," says Johnson.

This meeting was the first of four this week. The Lee County School District invites Lee County parents to come out to the next three to voice their opinions on the proximity zone plans. The final version will be voted on in July of 2021.

Public meetings are planned as follows: