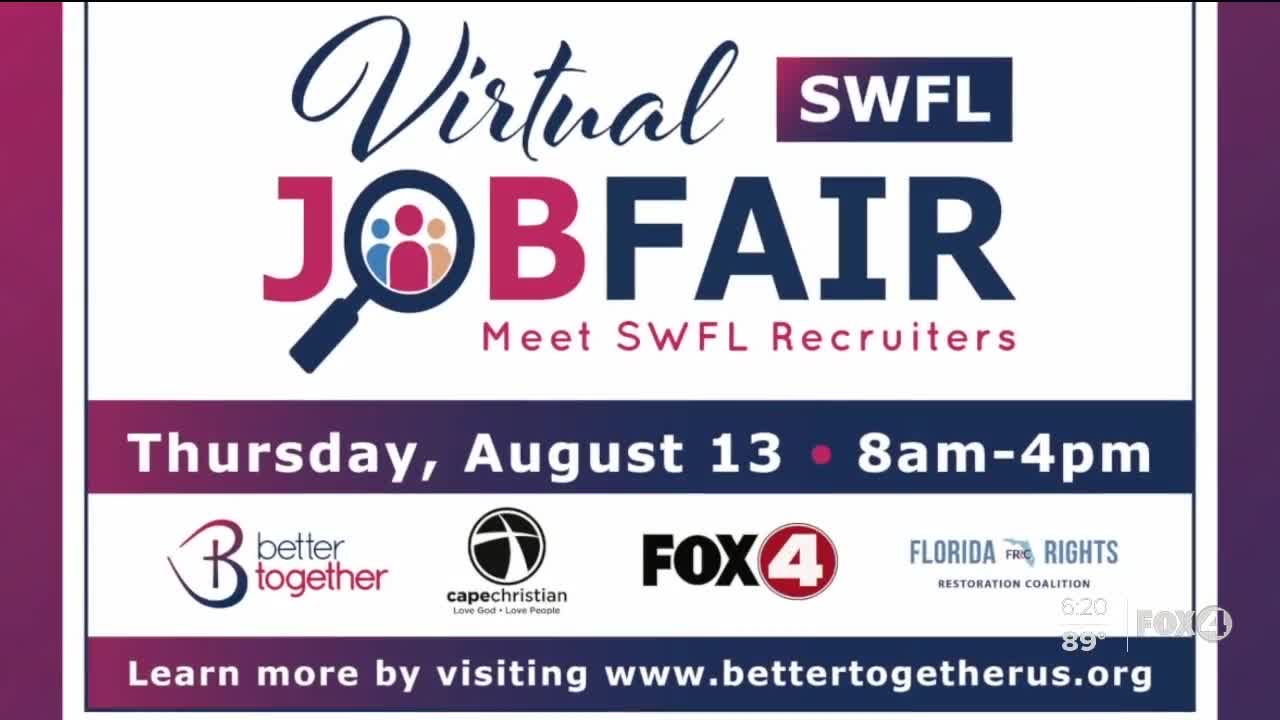 One local mom tells Fox 4 that job fair represents hope for her and her family. It’s been three months since she’s had a job, and she’s ready to get back to work.

The past few months have been rough for Violeta Felix. Raising an 8-year-old as a single mother is hard enough, before throwing unemployment into the mix.

“Thank God I had my savings, and I was able to overcome my expenses,” said Felix,

She was working as an administrative assistant at a local construction company for two years, but when projects slowed down, she got laid off in April.

More than 40 million Americans have filed for unemployment. 80,000 unemployed right here in Florida, including Felix who turned to the Florida Department of Economic Opportunity for help.

“I did apply for unemployment, but it was not right away that I got an answer,” said Felix. “I tried to apply online, but the server didn’t work. So, I had to fill out a paper application and send it in the mail.”

It took her a month to finally get approved for benefits. So, she turned to the first virtual job fair hosted by Fox 4 and community partners at the end of April.

“I was very satisfied with the virtual job fair. I was very happy. Everything was very well organized,” she said.

Even though she didn’t find a job last time around, she says she walked away with some helpful tools and looks forward to the next one august 13th.

“They also offer webinars that help you to build your resume, how to conduct yourself in an interview. That is a compete program. And it’s free. I mean, that’s amazing,” she said.

There’s a happy ending for Felix. She got a job offer about an hour after the Fox 4 interview. She says the tips she learned from the April job fair really paid off.