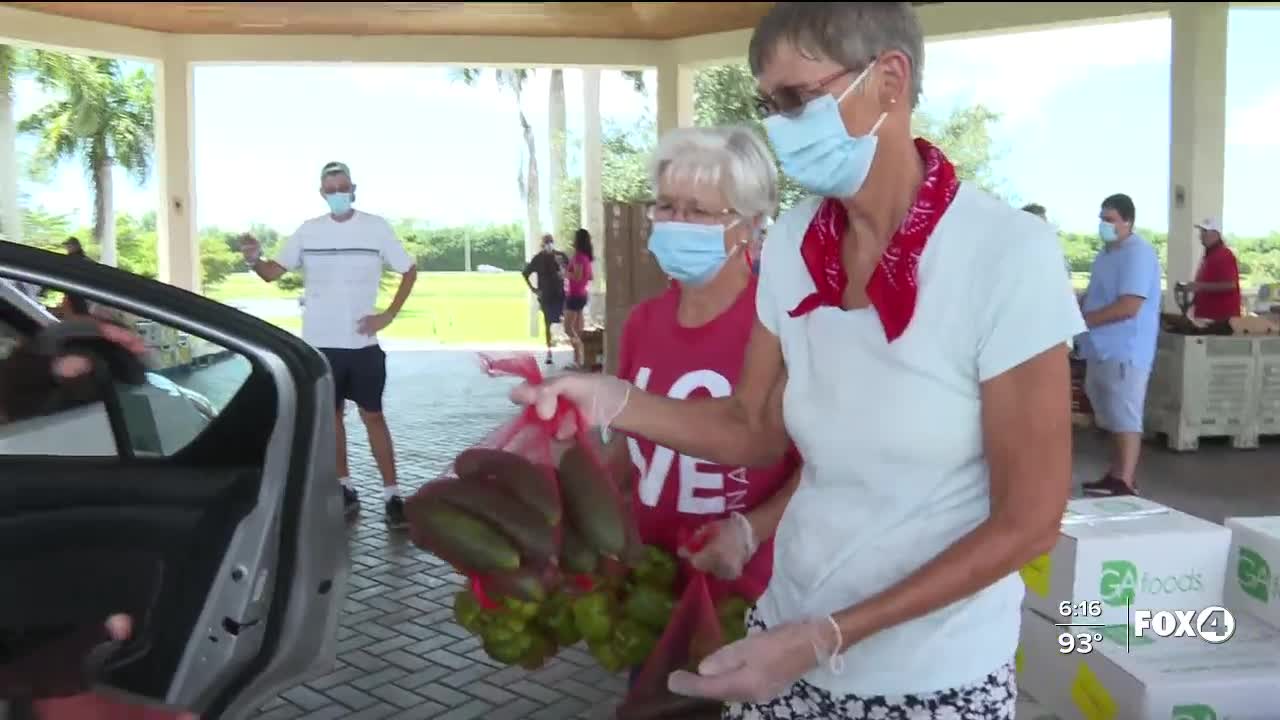 NAPLES — People receiving Federal food benefits might have to start looking for work this month.

The Department of Children and Families waived the work-search requirement in August, but it hasn’t said whether it will for September. Meanwhile, food banks in Southwest Florida are seeing record numbers of people in need.

At the Fairway Bible Church in Naples, more than 630 families came out to get food on Tuesday. That demand could go even higher if work search requirements go into effect for the Supplemental Nutrition Assistance Program, or SNAP, because unlike the government, food pantries don’t ask questions.

We spoke with one woman in the line of cars Tuesday waiting to receive food provided by the non-profit St. Matthew's House.

“Right now, I’m not working. My husband is the only one that is working, and I have three kids. So it’s hard right now," said Maribel Barron.

Barron is part of Florida’s stubbornly high unemployment rate. Right now, the Department of Economic Opportunity reports more than 11% of people living in Florida who could be working, aren’t. That's about 2% higher than the national unemployment rate. That’s why St. Matthew’s House Chief Operating Officer Steve Brooder says getting food to families is more important now than ever.

“The numbers are increasing every distribution. This is a brand new location for us. This is the first day of food distribution here at Fairway Church. In the first hour, we saw 458 households come through," said Brooder.

For Barron, this was her first time getting food. She heard about it from a friend, who is also unemployed.

“A lot of people, they don’t have jobs right now, with all this situation," said Barron.

Here at Fox 4, we worked last month to try to fight the unemployment problem. We hosted a virtual job fair with the non-profit Better Together. Chief Executive Officer Megan Rose says, there actually are jobs available right now, just maybe not the same ones people had before.

“We just did a hiring event, and we had over 40 employers that were looking to hire hundreds of different positions. So we are encouraged that there are a lot of employment opportunities out there. Although we’ve seen a decrease in the hospitality industry, we’re seeing an increase in government jobs and construction," said Rose.

In total, Florida has lost more than 600,000 jobs since February, according to the Florida Department of Economic Opportunity. The agency says 23 out of 24 metro areas in the state have seen job losses as compared to 2019.

Barron does hope to get a new job eventually, but for now, she's just happy to have a car full of groceries.

“My kids, they’ll be happy too,” said Barron.

We reached out to DCF to see if the work search requirement is going back into effect, but the agency didn’t respond. The requirement only specifically applies to people between the ages of 18 and 49 who don’t have children.