Seaside Bar and Grill continues to make a comeback, 6 months after opening their doors day bars closed across Florida 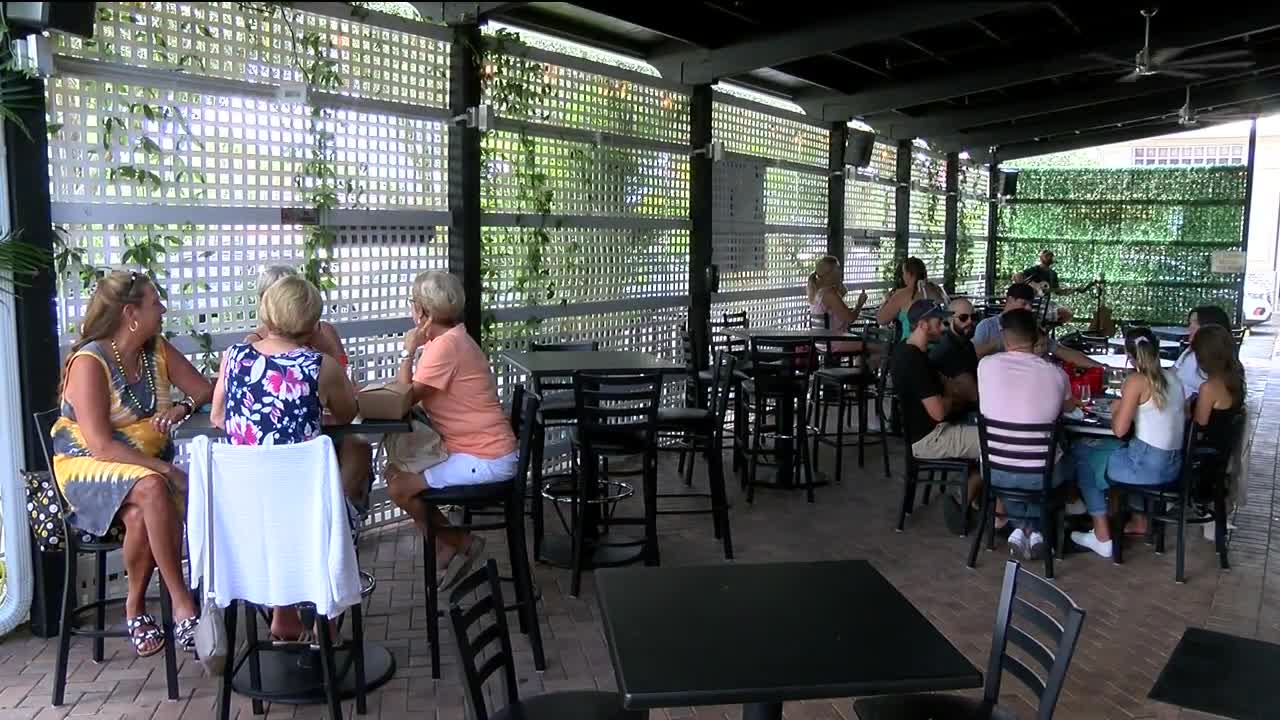 BONITA SPRINGS, Fla. — Opening their doors the morning of March 17, 2020, only to get word from the state that all bars and restaurants must close their doors by 5 pm was gut-wrenching. Staying closed for ten days, Seaside Bar and Grill had to figure out what was next.

"Someone from my team was like hey Marc, any to-go meal lessens the bleeding just a little bit. It was a journey from refining our food to refining our employees," said Marc Devisse, President, Seaside Bar, and Grill.

"One week, we will be so busy, and the next, we will be flat. Having to deal with staffing and people's personal lives, I mean things are happening to all of us, so working around that trying to be flexible," said Devisse.

On the other hand, Seaside Bar and Grill does have a food license, allowing them to remain open at 50% total capacity, but Devise says, after bars reopened this past week, he's seen the biggest change in business.

"So we have seen an uptick of business this last week, it's probably because of the bars opening at 50% percent now, and people seeing that and feeling more comfortable and able to come out," said Devisse.

The biggest challenge has been constant change, following all safety guidelines and restrictions Devisse says. As a new business, they are learning and growing each day.

"We turned a negative situation into a positive and just being able to refine our menu, our steps of service, but it's made us stronger in the end, and it's just a good feeling that it seems to be getting better and better every day," said Devisse.

That's right now Devisse says as a new business owner, he understands the governor's position on keeping everyone safe but hopes he can reopen up fully and move forward safely and with much success.