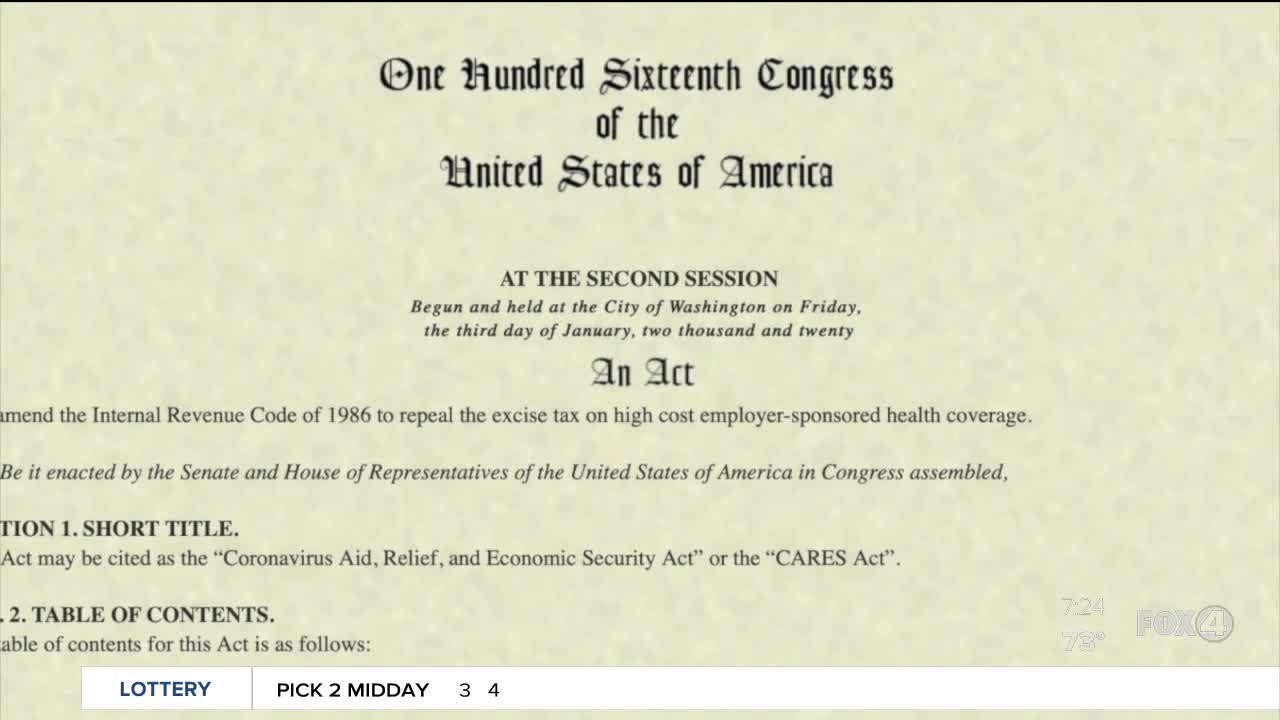 The second in this series of stories is how to confront and prioritize your bills.

FORT MYERS, Fla — When Jonathan Beougher was let go from his job in the kitchen at a Fort Myers restaurant, when the pandemic initially hit in March, he was concerned about putting food on the table for his family. And as time went on, and he couldn't get unemployment benefits from the state, he began to worry about how he was going to pay for rent.

Confronting those massive problems was difficult for Beougher, like it is for so many people.

This is the second in a week-long series of stories called the "Make Ends Meet Checklist." We're going to give you the tools to best face a difficult situation. We'll tell you how to confront and prioritize your bills, how to ask for deferrals, and where to turn to for help.

Before we get to prioritizing your bills, we have to talk about mindset. Your mental health plays a role in this.

“There’s a lot of fear," Adam Bruno says. "Finances and fear go hand in hand. But it shouldn't be that way.”

Adam Bruno is the president and founder of Evolution Retirement Services. He says it's too easy for people to let their bills stack up and not think about them because there's no way they can pay them all. But he also says, no matter how scary the situation is, nothing is going to get better until you confront what's happening.

“It’s hard, but you have to look into these things," Bruno says. "You have to organize the bills, you have to see where you’re going to fall behind. Because the reality is, you’re not alone.”

Hopefully, that gives you peace of mind, because there are breaks out there and we can help you find the tools to get back on track. Later this week, we'll see how Beougher has used some of these tools to get his finances organized.

Bruno says once you know what you owe and where you're behind on bills, you have to prioritize which bills are most important to pay.

“First and foremost you have to feed your family,” he says.

Second, on your list should be where you live. There are protections at the state level until next month that prevent Coronavirus-related foreclosures and evictions. And if you have a federally backed mortgage, your protected until late July. If you can work something out with your landlord, to pay part of your rent, Bruno suggests doing it. He says you will have to make the full payments eventually, possibly with interest.

It's the same with car loans. Most major lenders will let you put off your payments right now. But Bruno says you should only do it as a last resort if there's no way you can pay those bills.

“You hate to talk about those things, but what else can you do at this point, there’s not much you can do," he says. "If it’s going to cost you a little bit more and you don’t have the means to pay, it’s unfortunate. But those are the two places where I think you have the softest landing spots right now.”

So concentrate on buying food for your family. And if you have to, take deferments on your house and car obligations. Next on the priority list is medication. If you have to have it, don't skip it.

You should consider paying utilities next. Some companies have suspended shut-offs and some are offering discounts. You need to check with your company to see your options.

Next is car insurance. Many of the major companies are offering discounts or credits, so you will likely have to pay something. But if you lose your insurance, the penalties could be much more expensive.

Right now you can probably get a break from paying your any medical, credit card, or student loan debt. So paying those bills can be lower on your list.

Wednesday on the Make Ends Meet Checklist, we'll look the best ways to talk to these companies about getting a break.