Landlords allowed to evict despite bans 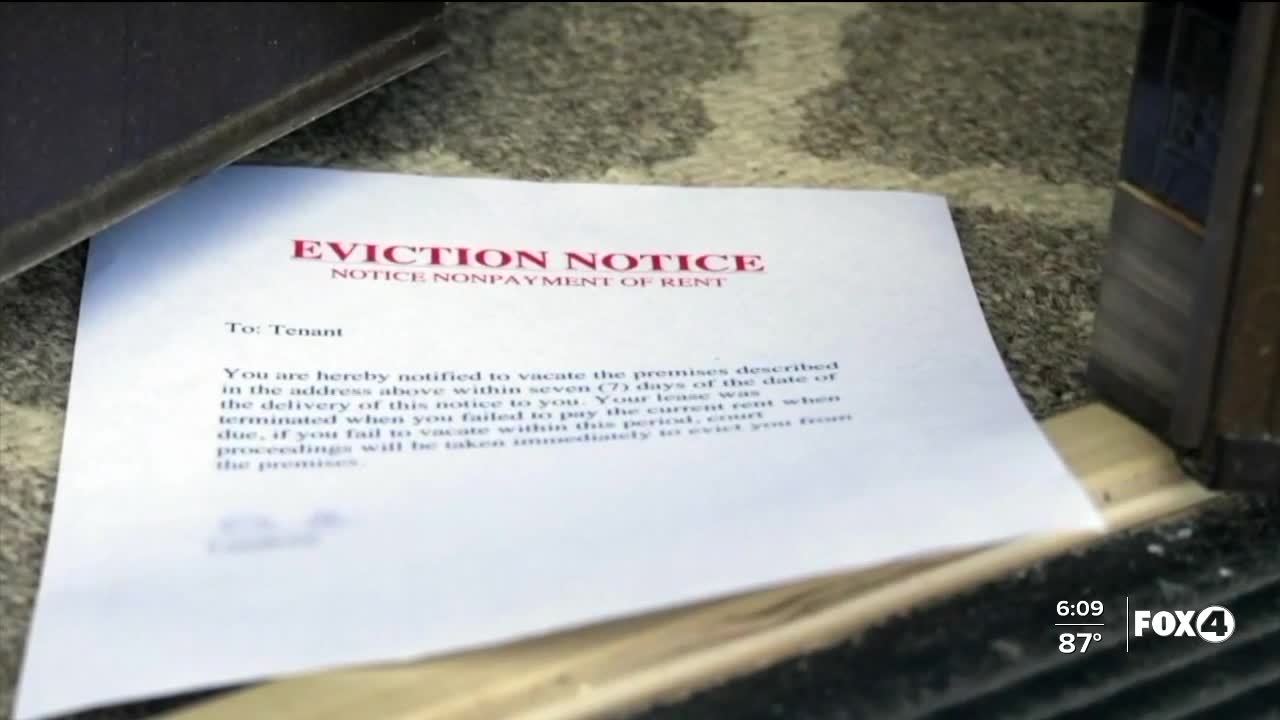 Landlords can still serve eviction notices if tenants violate their lease agreements other than monetarily. Violations include unauthorized guests or pets.

LEE COUNTY, Fla. — Millions of Americans still out of work, and the bills keep pilling up, and for some, so are the eviction notices.

That’s despite the federal and state bans. An advocacy group in Oregon reported 1,500 eviction actions have been filed in several states including Florida.

Landlord attorney Holly Cosby says landlords can still evict tenants during the pandemic, if they violate their lease.

“If they’re affected by COVID-19 though, in a financial way, but they’re in default in another area of the lease that’s not monetary, and then they don’t fix that default…when they’ve been given an opportunity to fix it, then they’re evictable,” she said.

But it doesn’t happen all at once.

“A tenant would have time to cure that default before their lease is actually terminated and they’re evicted,” said Cosby.

For tenants who haven’t violated lease agreements, but have lost their income, Cosby says they can sign this declaration form by the Centers for Disease Control and Prevention to protect them from evictions through the end of 2020. But the New York Times reports judges in some states won’t accept it.

“I don’t know about other states. I can tell you that CDC declaration - to my knowledge - is being accepted in Florida,” said Cosby.

According to the report, one Georgia landlord claimed the CDC doesn’t have the authority to protect tenants. But Cosby says they’re not trying to do anything they’re not authorized to do.

“The President has issued the restriction,” said Cosby. “The CDC has just assisted in the process.”

She added her number one advice to her clients.

“If the tenant is doing the best they can, they’re paying you what they can, be patient and work with your tenant. Don’t evict,” she said.

If tenants violate their agreement, Cosby says landlords typically give them seven days to correct before starting the eviction process.