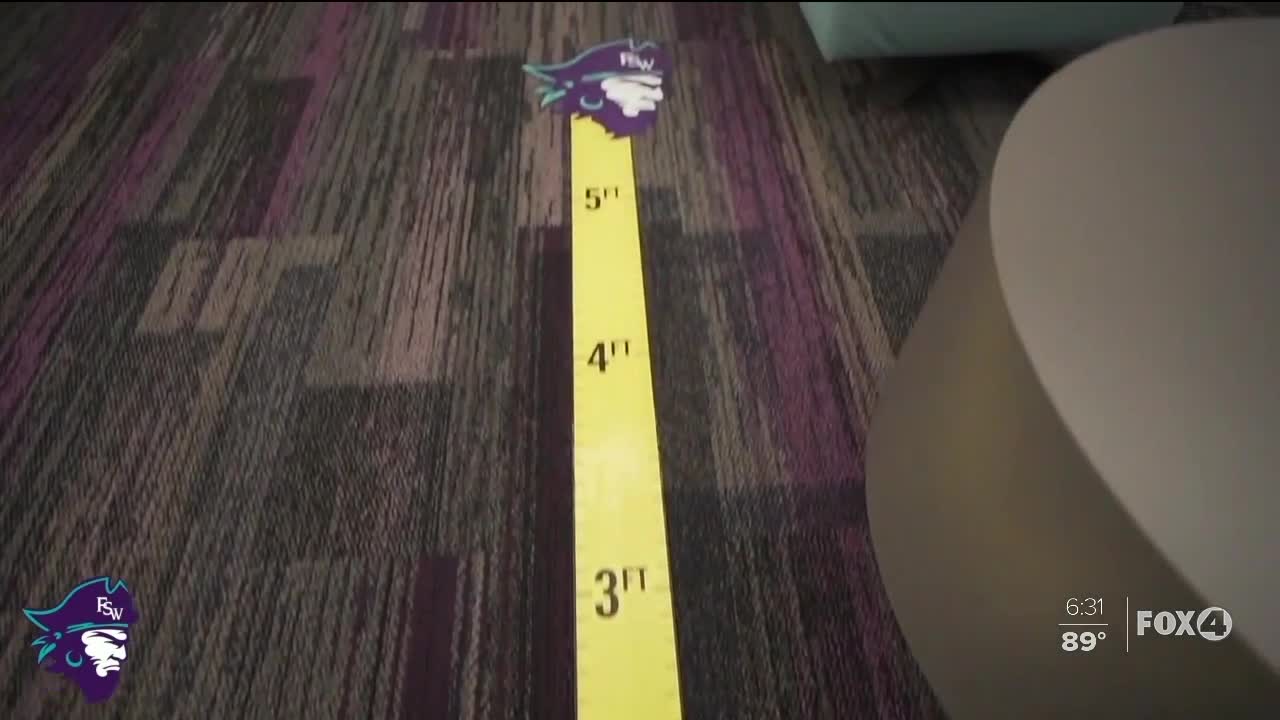 Schools are gearing up to re-open nationwide. But, considering colleges like the University of Texas at Austin reporting more than 400 cases before the semester begins, local colleges are considering worst case scenario.

FORT MYERS, Fla — Schools are gearing up to re-open nationwide. But, considering colleges like the University of Texas at Austin reporting more than 400 cases before the semester begins, local colleges are considering worst case scenario.

Judging by the six-feet markings on the ground, plexiglass shields, and spaced out seats in classrooms, Florida Southwestern College is ready for the first day of classes in a few weeks. Greg Turchetta, a spokesperson for FSW says a good chunk of their classes will be tough in-person.

“At this point I can tell you as of August 4th, about 40 percent of our classes are on campus,” he said.

“Nobody knows what next week will bring, let alone next semester,” he said.

But, he says they’re not overlooking what could happen.

Turchetta says determining when to “shut down” FSW would be complicated.

Identifying an outbreak is tricky he says, considering results take days or weeks to come back in some cases, and could turn out negative.

“What would we do as far as shutting a building down, if we don’t know if its even official until 5-7 days later?” he asked.

If a significant number of students show symptoms Turchetta says that’s when FSW would reach out to the Florida Department of Health to do rapid testing, and if they determine an outbreak, the school would revert back to online learning only.

They’re also prepared to handle student COVID-19 cases on an individual level. They have designated dorm rooms to isolate students who test positive for the virus. Classes start August 24th.