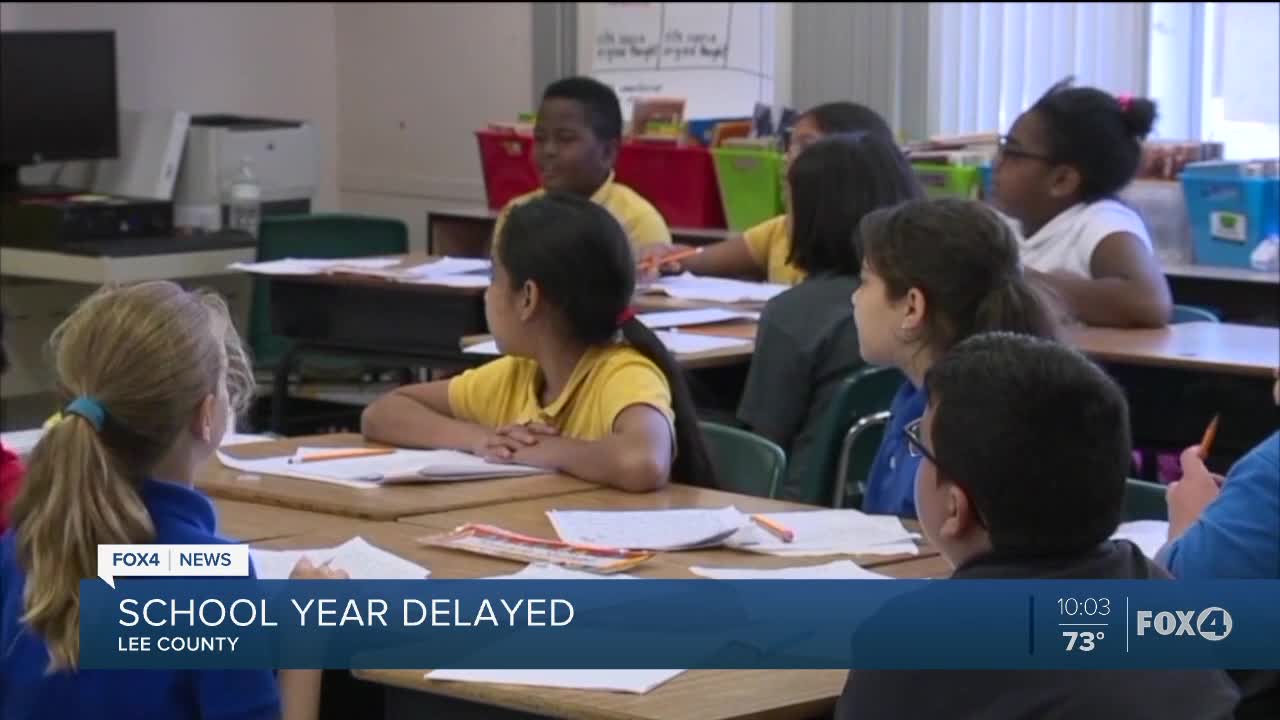 The Lee county school board voted to push back start date for the 2020-21 school year. Member said one of the main reasons behind the decision was to give teachers a chance to prepare ahead of a unique school year.

FORT MYERS, FLA. — Should schools have a later start date?

It's a question the Lee County School Board mulled over Thursday at a special school board meeting - much to the annoyance of some parents.

"It is ridiculous to ask some parents to continue making arrangements for their children, when we have an agreement that schools will teach our children during the school year," said one mother.

But ultimately, they voted unanimously to start later.

The start date has been pushed to August 31st for students and August 18th for teachers.

There were a few big reasons behind the decision. The district said it would give them time to prepare, order more PPE, fill open positions, and watch the COVID-19 numbers in our state.

"Giving those, even that five additional days might give time for the trend of those numbers to go down," said a district employee.

Teacher training and prep ahead of an unusual school year was also top of mind.

Because of this, the President of Teachers Association of Lee County (TALC), Kevin Daly, says he was pleased with the board's decision.

"It doesn't seem like a lot but it's enough to make a difference in the preparation of a teacher and kind of the ability of a teacher to be ready to meet the challenges they're all going to face," he said.

One of those challenges will be lost time. Teachers will now lose some of the days they typically have to get their grading done.

"I think we're going to be able to adapt," said Daly.

He adds that TALC members have sealed a deal on pay for this adjusted school calendar, but he says they still have to hash out an agreement with the district about all of their new responsibilities this year.

"We're expected to begin negotiations next week around some of the issues around COVID and how it's gonna impact the school year," said Daly.

Dr. Adkins also announced that all students and staff members will be required to wear a mask at all times while on campus.