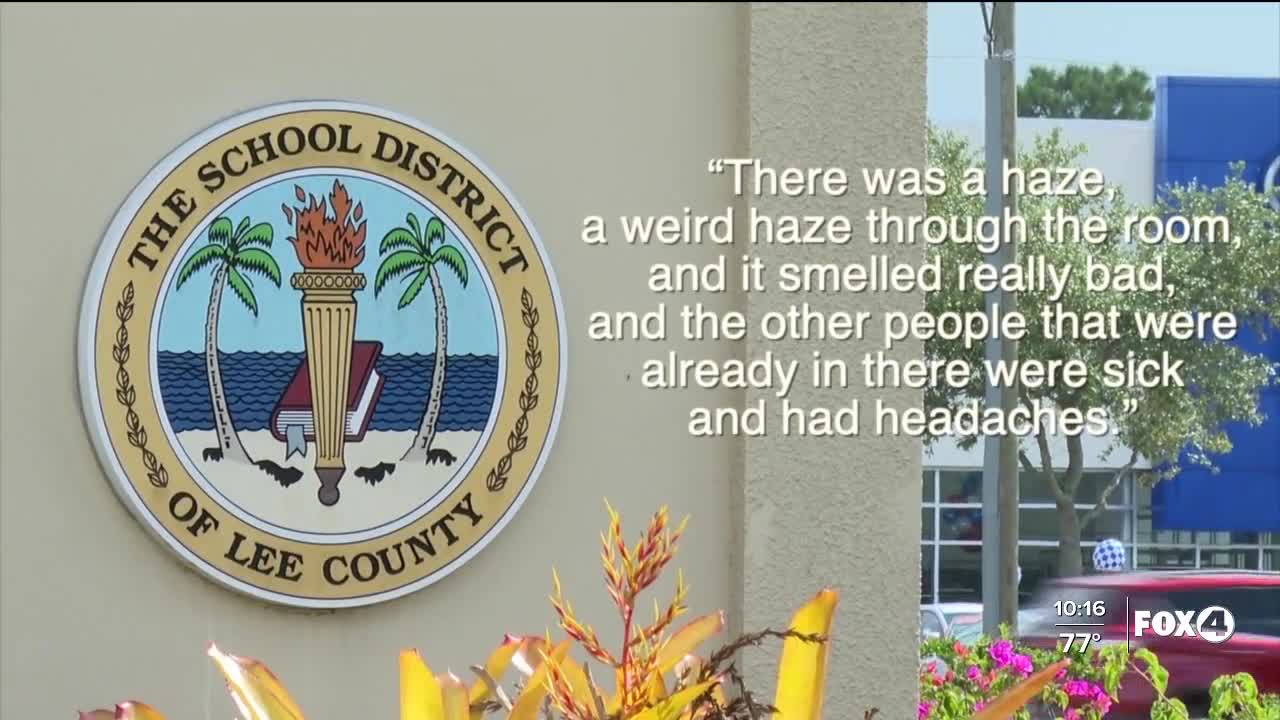 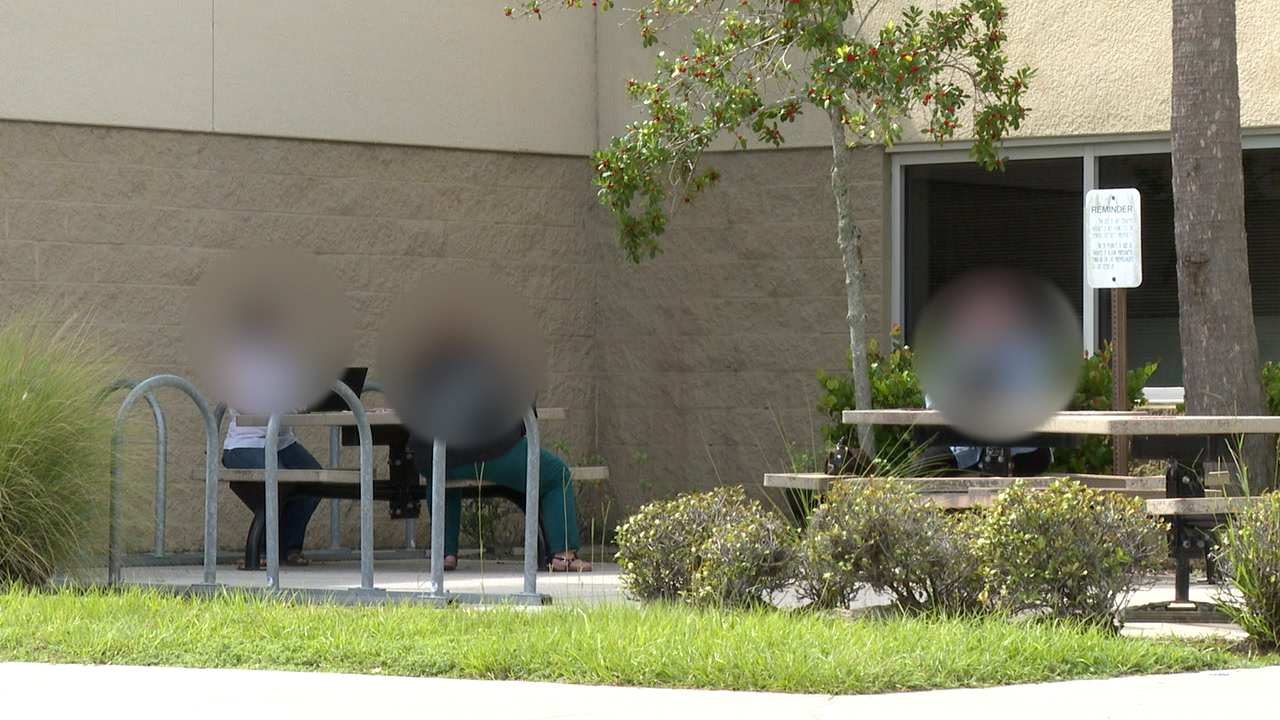 A group of teachers walked out of the Lee County School District office Thursday.

They were there to teach virtually, but several of them say they had a reaction to a cleaning chemical. Teachers were complaining of skin irritation and breathing issues.

We spoke with a group of teachers who were sitting at a picnic table outside the district office, working on their laptops in the Florida heat because they refused to go inside. But they also couldn’t work from home, because they were told if they did, they’d have to take a sick day.

Other teachers chose to work from their cars.

“A whole lot of people walked out. I would say, probably 20ish or more," said one teacher, who didn't want to be identified.

That teacher said more than 70 teachers work in a room without windows inside the district office, and there was nowhere for the chemical to go.

“There was a haze, a weird haze through the room, and it smelled really bad, and the other people that were already in there were sick and had headaches," said the teacher.

We reached out to the district, and were told that preventative fogging is being done “for protecting our students and staff from COVID-19”.

“They fogged it, and they’re demanding that we sit in there, and they said that they were going to do it every week, on a Wednesday," said the teacher.

That was confirmed at the school board workshop on Thursday, although there was some debate about whether teachers were actually exposed.

“This whole building gets fogged on Wednesdays, that’s what I want to know," said School Board member Melisa Giovannelli.

"This is the health and safety of our teachers. It’s just important to know what’s going on there, because it’s very strong down there," said Giovannelli.

"The area you’re talking about is not where the, those 70 teachers’ cubicles are," said a district official at the meeting.

But on the District's website, it says spraying disinfectant is only supposed to be done as a response to a confirmed positive COVID-19 case.

The district also has a list of chemicals it uses on its website, and when we looked up some of the side effects of the one the teacher believes was used, GS High Dilution Disinfectant 256, they sounded similar to what the teachers were describing. The company website says the chemical is harmful if inhaled and can cause severe skin burns.

“Everyone is reacting to this, and we still don’t know the ingredients in it," said the teacher.

We also reached out to the teachers union in Lee County. It responded saying it has been in contact with both teachers and the district about the situation.

But as of right now, the district is standing by its policy of fogging every Wednesday, and it is still requiring teachers to either come to work or take a sick day.

Fox 4 has just learned a group of teachers walked out of the Lee County School District office today.

The teachers were doing virtual teaching from the office and left because of concerns over what they are cleaning the room with.

The teachers say they are experiencing rashes from it, coughing, and this morning their papers and desk were still damp from the chemical.

One teacher tells Fox 4 they were told if they leave, they would have to use a sick day.

Some of the teachers have gone back in.

Fox 4 is waiting to hear back from the school district regarding this situation.

This story is breaking and we will continue to update it with the latest information as we receive it.