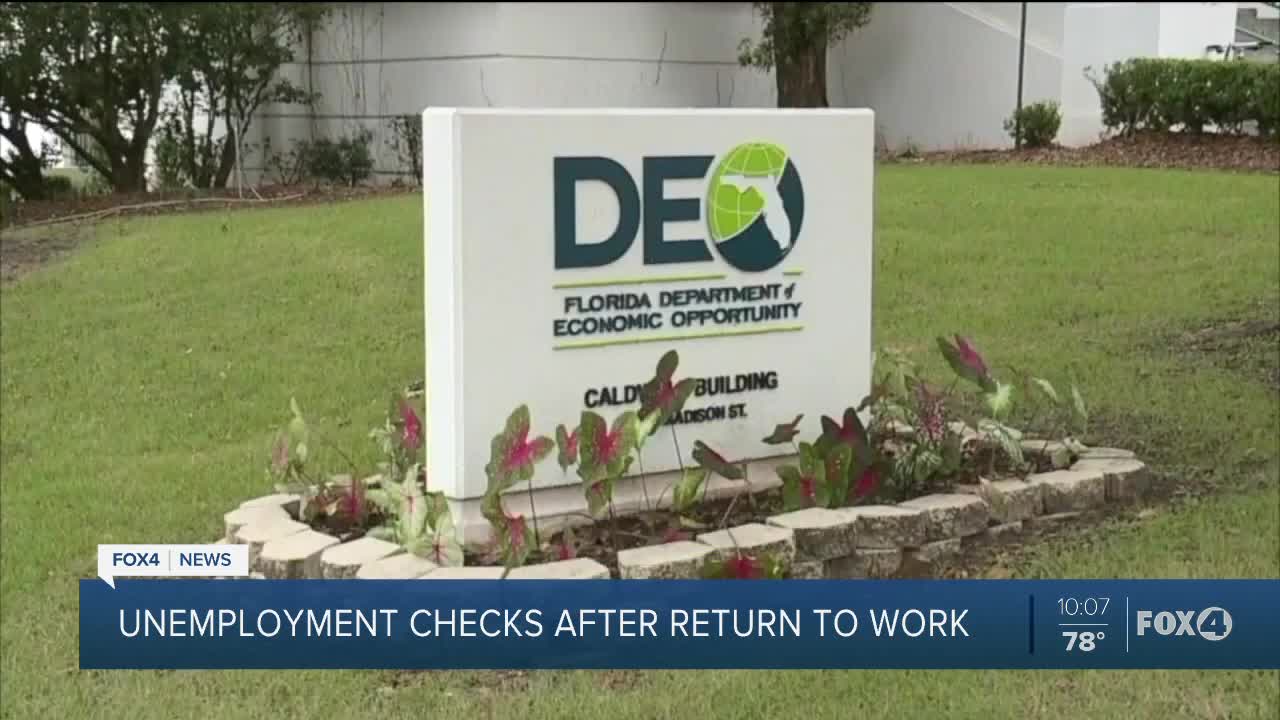 One man in Fort Myers is received unemployment checks, strange deposits, and confusing letters from the Department of Economic Opportunity, after returning to work. He is afraid they will not stop

FORT MYERS, Fla. — Hundreds of thousands of laid-off workers across Florida are fighting for unemployment benefits after being denied. According to the Department of Economic Opportunity Website, that number is now at nearly 300,000.

Stephen Davis says he was laid off March 30th and filed for unemployment. He received the correct benefits, but is afraid they will continue, even after he returned to work.

“On April 27th we got a $600 deposit into our account. Then the 28th, and then May 5th, I mean they came back to back to back. I’m concerned that they are going to keep coming if I don’t let somebody know” said Davis.

He received a letter from the D.E.O. on April 23rd and he says it was confusing, then a check came the same day. Right now he's seeking to return the money.

“I just don’t want anymore to come in, now that I’m back to work I don’t want to get in trouble like I’m trying to commit any fraud or anything like that, like I said it’s been hard to get a hold of the unemployment office,” said Davis.

We reached out to Morgan and Morgan Law Firm for some answers and they say this is a bizarre case.

“It’s an error it’s a question of ethics and morals. This whole thing has been a disaster, we were unprepared for this pandemic in every way possible” said Attorney John Morgan.

Morgan says, in this situation there is only one thing you can do.

“ I would tell them to do the same thing you would do if you went to an ATM and found that there was a million dollars in your account and all you had was 10, give it back” said Morgan.