Fort Myers Brewing is back open, thanks to a loophole in the Governor's executive order 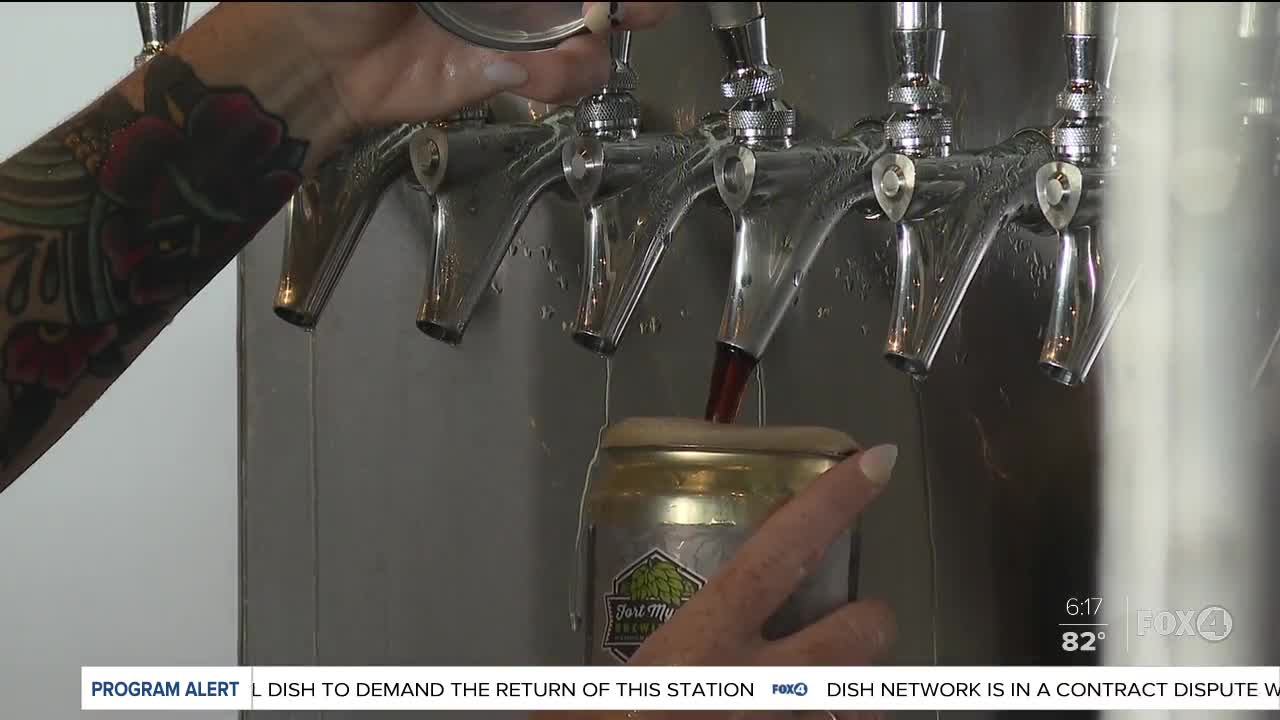 Fort Myers Brewing is back open, thanks to a loophole in the Governor's Executive Order

The brewery is serving beer on-site again, thanks to a loophole in the Governor’s executive order. That order was issued back on July 7th, and it said breweries could only serve beer to-go, but restaurants could serve beer on-site.

So Fort Myers Brewing put a food truck trailer outside the brewery, and on Friday afternoon, the health inspector approved them to reopen.

Owner Jennifer Whyte said it was an oversight the Governor didn’t think about when putting the restrictions in place.

“Unfortunately for us, we all have the same license-type. So a brewery is licensed just like a Miami nightclub," said Whyte.

It’s a problem that affects breweries all over Florida. This week, the Florida Brewer’s Guild, which represents more than 300 breweries, including Fort Myers, sent a letter to the Governor with a warning.

“If this goes on for another two weeks, where breweries are forced to be in this quasi-shutdown mode, to-go only mode, about 100 of them could shut down," said Whyte.

We also spoke with Jillian Lynch, the owner of Leaven Brewing in Riverview, Florida who said, breweries are already shutting down.

“It’s hard to watch your friends who own breweries, and you just have to watch them drown, because there’s nothing that I can physically do for them at this time, because I’m also struggling," said Lynch.

But Fort Myers has found a work around, and Lynch says her brewery is trying to do the same.

But it’s not easy.

“All of a sudden, I’m having to purchase a food truck with money that I don’t have. I’m paying more taxes, dues, and fees into the state in doing so and, as a business owner of two years, that’s not the cost I was looking to take on," said Lynch.

It’s not the cost Whyte was hoping to take on either, but she says, it’s what she has to do to keep her business profitable.

“It’s really frustrating that the state can’t look beyond their basic license-types and say okay, we’re going to do an exception for this," said Whyte.

Now that Fort Myers Brewing is classified as a restaurant brewery, they can have up to 100% capacity in their outdoor seating moving forward.