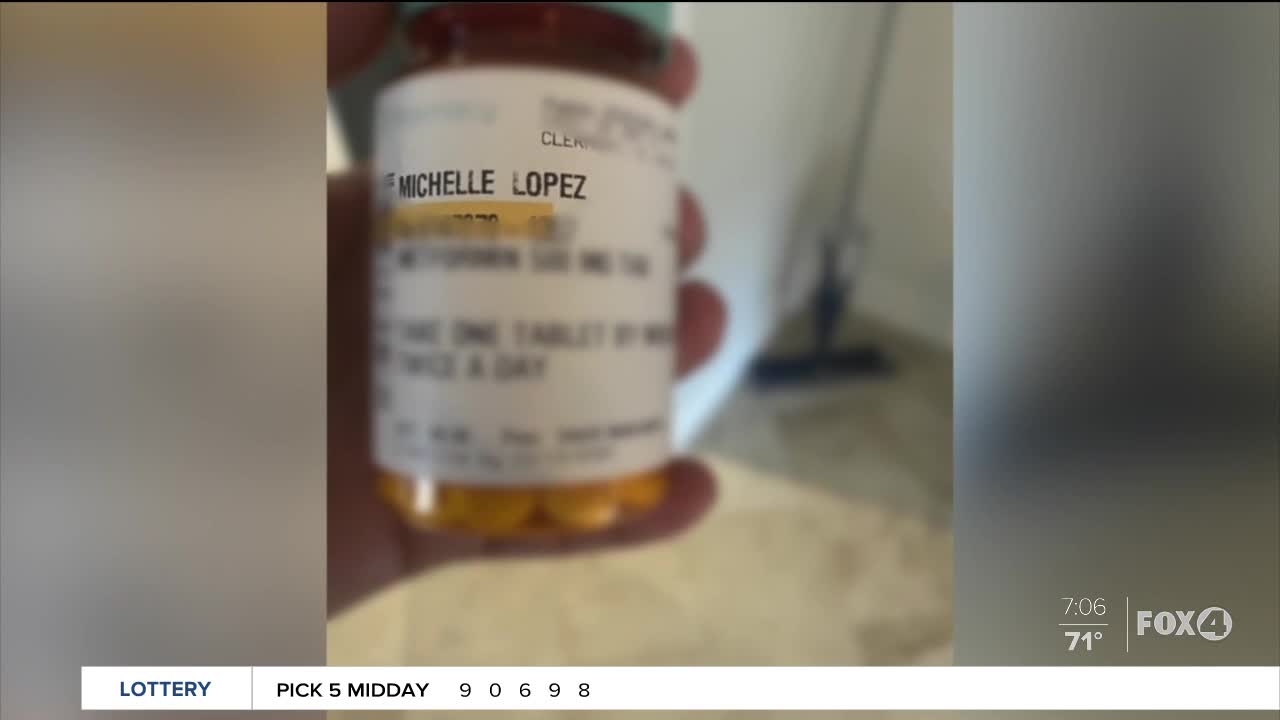 Frustrations over the state's unemployment system are boiling down to serious health concerns for many, including one woman who’s speaking only with Fox 4’s Jessica Alpern. She says she'll soon have to choose between affording her medication and keeping a roof over her head.

CAPE CORAL, Fla -- Frustrations over the state's unemployment system are boiling down to serious health concerns for many, including one woman who’s speaking only with Fox 4’s Jessica Alpern.

Michelle Lopez told Alpern she'll soon have to choose between affording her insulin resistance medication and keeping a roof over her head as she remains caught up in the unemployment process.

"These are all humanitarian problems, these are serious issues that are happening from people not receiving their money. This isn't so much about bills, this is people like me. I need medical insurance, I need my medication," said Lopez.

Lopez first applied for unemployment benefits mid-March. As Fox 4 has reported over the last couple weeks, the governor has said anyone waiting since that time frame is likely ineligible.

"It's unfortunate that our governor can walk away from a press conference and be like oh well people aren't filling out the applications correctly or how do you know they even qualify? Are you kidding me? That was a slap to the face," Lopez said.

And another slap in the face was seeing that "ineligible" status update more than a month after she applied.

"I even contacted the HR office at my job and they gave me the whole story that apparently the system marked our wages at zero and we'd have to appeal because it wasn't our fault, that's what the system did," she said.

For years, Lopez has worked as a server at a major hotel chain in Orlando. She said many of her co-workers are experiencing this same glitch.

She submitted an appeal early this month. But she's been stuck waiting more than two weeks, and the process could take up to eight, which is time she doesn't have.

"At this point with me it's like I have enough medication to probably cover me another two weeks, and then after that I'm out of luck," she said.

Lopez lives paycheck to paycheck. Without any money coming in or any help from the state, she can no longer afford medical insurance or her insulin resistance medication. It goes without saying that without that, she could get very sick.

"The governor, anyone you could possibly imagine I could email I've emailed. Like you are literally my first response in 8 weeks of anything of me contacting absolutely everyone," she told Alpern.

On Thursday, Alpern reached out to the governor's office and the DEO, who within minutes got back to her about Lopez.

Thank you for sending this information. We have added this claimant to the list and have a dedicated team working to check on each of these.

That includes a working spreadsheet of hundreds of other people who have reached out to Alpern in recent days, which she's also provided to the DEO. If you're one of those people, just know that to respect your privacy, the DEO has also told Alpern that they'll be reaching back out to you directly about your claim.