People are getting evicted in Lee County, despite the CDC moratorium 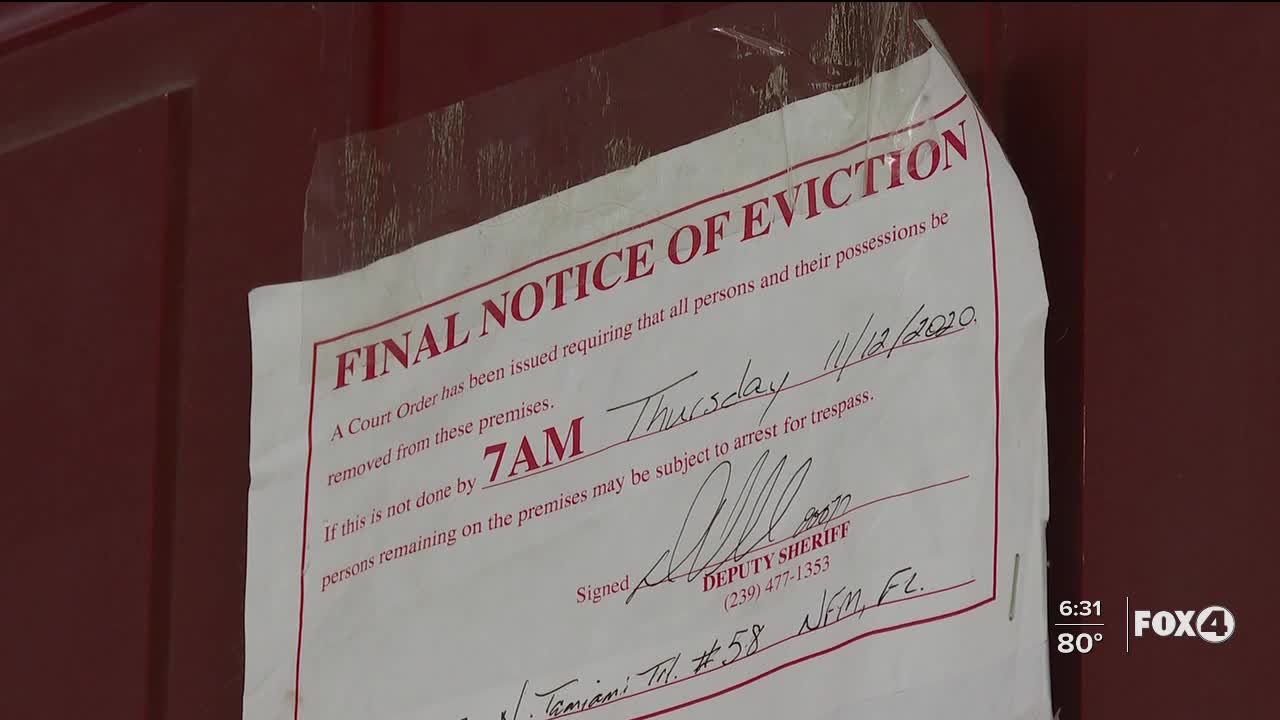 People are getting evicted in Lee County, despite the CDC moratorium

LEE COUNTY — Some people who lost their jobs due to COVID-19 are also losing their homes.

In Lee County, one couple tells us they didn’t think this could happen because the Federal moratorium on evictions is still in place, but on Tuesday, a deputy came and posted a notice on their door.

Now Tina and Terry Cartwright are working to get everything out before Monday.

“We’ve got 10 years of stuff to put into a storage unit, and we don’t even have any place really to go," said Tina.

The notice said the Cartwrights will be arrested for trespass if they’re still there on Monday morning, but they don’t know how it came to this.

But the Sheriff’s Office said, it is following the rules.

In a statement, it said in part "An individual claiming to be a “covered person” for purposes of the CDC Order... should... seek appropriate private legal counsel or an appropriate legal aid program and follow the prescribed actions/guidelines.”

But aside from the cost, there’s another loophole. In the CDC moratorium, it says individuals have to use their best efforts to obtain government assistance. That’s something Tina said she couldn’t do.

“She paid me cash for my cleaning job under the table, she paid me. I didn’t, I wasn’t eligible for unemployment because she didn’t tax me," said Tina.

So the Cartwrights are working as fast as they can to put their life into a storage unit, and they’re still figuring out what the next step is.

“It’s not fair that we are losing our place to live because he will not renew our lease in the middle of a pandemic," said Tina.

We've also learned the Cartwrights are not alone. The Lee County Clerk told us, in the month of October, there were 311 evictions filed. The Lee County Sheriff’s Office said it took action on at least 107 of those.

Eviction filings in the county have now gone up for the past 5 months straight, so here at Fox 4, we’re going to continue following this growing problem.