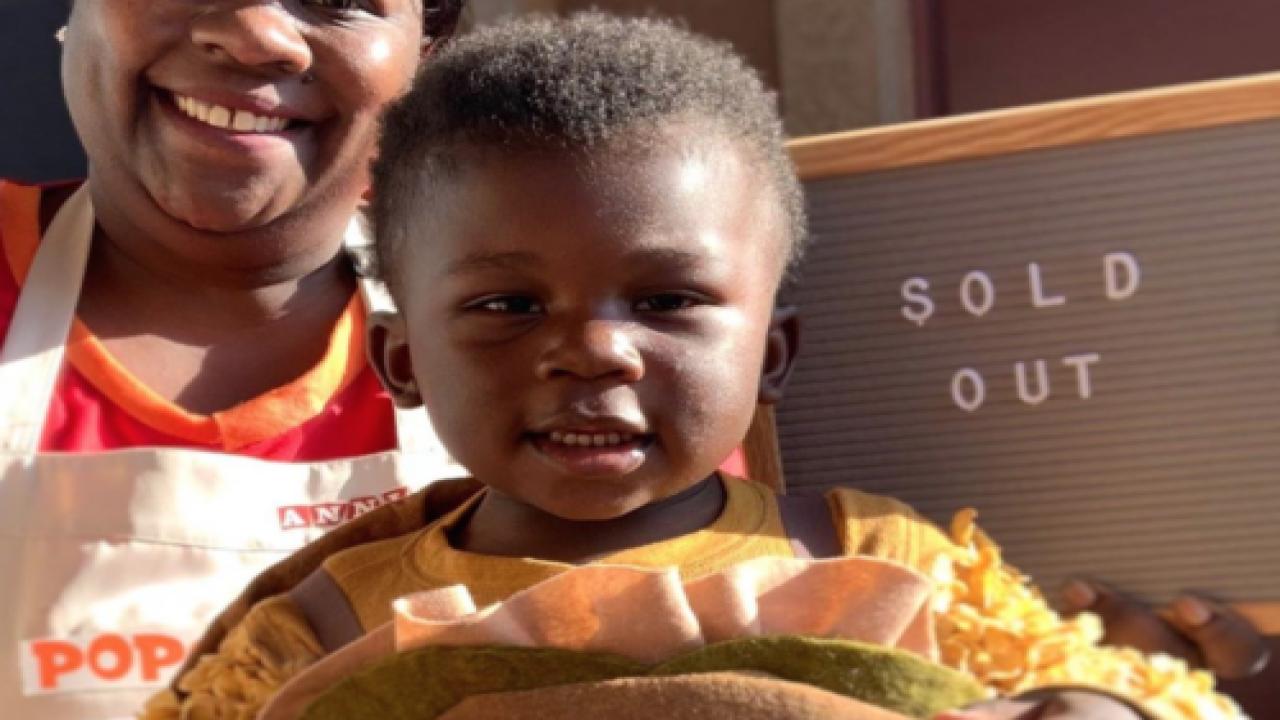 They say copying is the highest form of flattery, which is why for Halloween, you usually dress as something you love. Whether it be your favorite celebrity, a character from your favorite movie or your favorite food, it’s the perfect time of year to share what you love with the world.

That’s exactly what one mom did this year, making her kid’s costume herself to show off his love of one-of-a-kind creation you definitely won’t find in a store — Popeyes’ sold-out chicken sandwich.

You may remember in August when the sandwich debuted at restaurants around the country, with fans saying it was better than Chick-Fil-A’s version. It proved so popular, in fact, that the fried chicken purveyor sold out just two weeks after its debut.

The sold-out sandwich became a viral sensation, so that combined with the fact that her son always seems to have a snack in his hands, the costume was perfect for Nidra Cummings’ 2-year-old son Nathan Burch.

“The whole joke is that he always has a snack and he is a very good eater,” Cummings told “Good Morning America.” “We’ve never had an issue with him eating anything.”

Cummings, who is a nurse, worked on the costume for about a month, using two Popeyes boxes and felt to create most of the costume. To achieve a properly crispy fried-chicken texture, she glued Corn Flakes to the sleeves of Nathan’s shirt. And it looks amazing.

She posted photos of the costume to Instagram, and they proved popular, just like the sandwich itself, getting more than 2,000 likes in just two days.

As you can see in the photos, Cummings also made a sign that said “Sold Out” and transformed herself into Popeyes famous spokeswoman, Annie, making her outfit by simply putting Popeyes’ logo on an apron.

In a total coincidence, Popeye’s made their own Instagram post just four days ago saying the sandwich will return on Nov. 3 (and every day after).

Y’all… the sandwich is back Sunday, November 3rd. Then every day. ð¤¯ð¥

A post shared by Popeyes Louisiana Kitchen (@popeyeslouisianakitchen) on Oct 28, 2019 at 4:30am PDT

We have a feeling that Cummings will be taking her adorable kiddo out for a special sandwich on Nov. 3! But the big question is, will he wear the costume one more time?