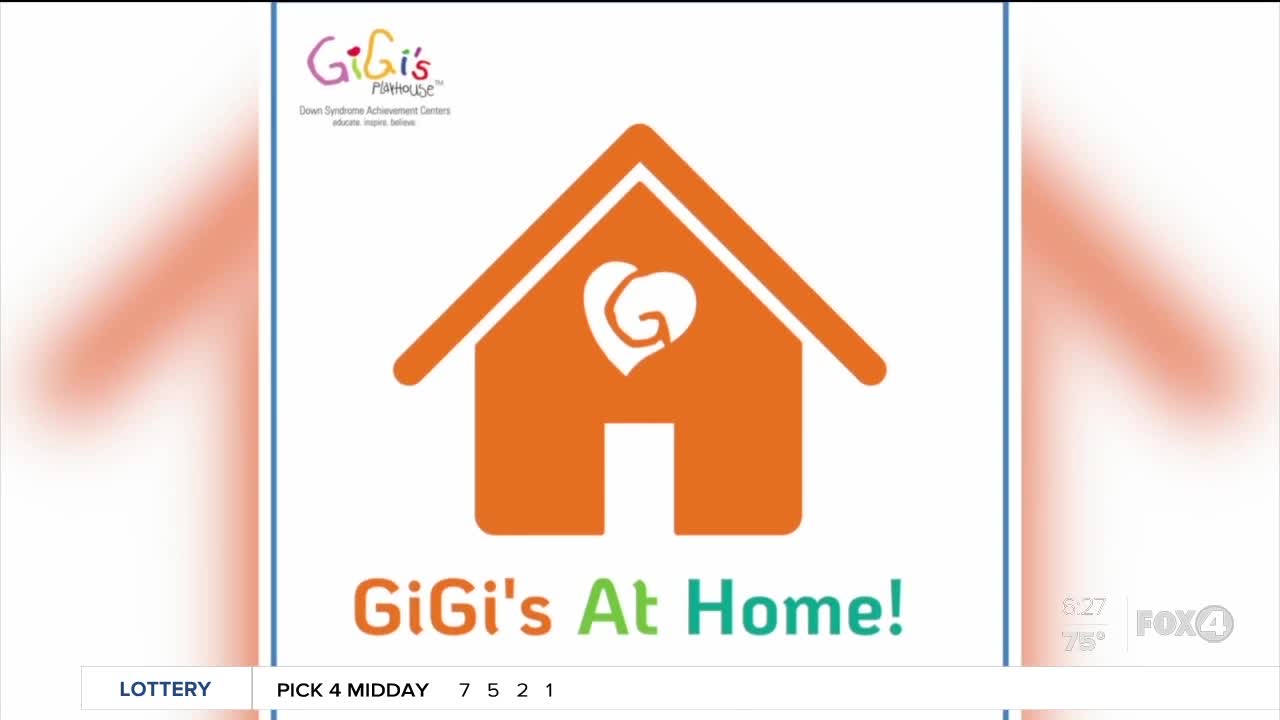 A local nonprofit organization for people with Down Syndrome is working hard to bring its participants some sort of normalcy during the COVID-19 pandemic.

CAPE CORAL, Fla -- A local nonprofit organization for people with Down syndrome is working hard to bring its participants some sort of normalcy during the COVID-19 pandemic.

Coronavirus has affected GiGi's Playhouse Fort Myers in more ways than one. Starting with the fact that the organization has had to shut its doors.

“Our kids and adults really thrive on consistency,” said Samantha Nunez, Co-founder and Board member of GiGi's Playhouse Fort Myers.

The organization offers a variety of programs to kids and adults with Down syndrome. From literacy and math tutoring, to therapeutic programs for young kids, and adult programs like workouts and a cooking club to promote healthy habits.

“We also have Fantastic Friends that meets every month, an opportunity to get together and socialize. So educational, therapeutic, and social aspects, too, that we've had to cancel,” said Nunez.

It’s forced them to get creative to bring some sort of normalcy to its participants. Starting with GiGi's At Home, which allows families to attend GiGi's purposeful programs virtually.

“Outside of that, we're looking at doing our math and literacy tutoring virtually. We already have some speech virtual classes going on,” she said.

It's even working on a virtual dance party. As the mother of a child with Down syndrome, Nunez said the response so far has been heartwarming.

“Heartwarming to say the least that we've all been able to come together. We know that we're in this together, even through COVID-19,” she said.

For parents of kids with Down syndrome, especially who are now having to adapt to distance learning, Nunez said it's all about routine.

“My biggest recommendation is to try and find some normalcy, balance, consistency on what the day is going to look like,” she said.

Nunez also added that FaceTime is your friend!

“It's been difficult for Sophia and a couple of her classmates who also have Down syndrome. Just trying to put it in simplest terms for her to understand why she can't go to school and see her friends, that's been difficult so we’ve been doing a lot of FaceTime with friends,” she said.

The organization was also forced to postpone its annual Gala, which would have been March 28. The nonprofit relies solely on donations and this is its biggest fundraiser.

“Through all of this, whether it be GiGi's or another nonprofit, whatever it is that comes to your heart just remind yourself that we're still here. We’re trying to keep our doors open, just like all these other small businesses,” said Nunez.

Learn more about GiGi’s At Home programs and how to donate here.