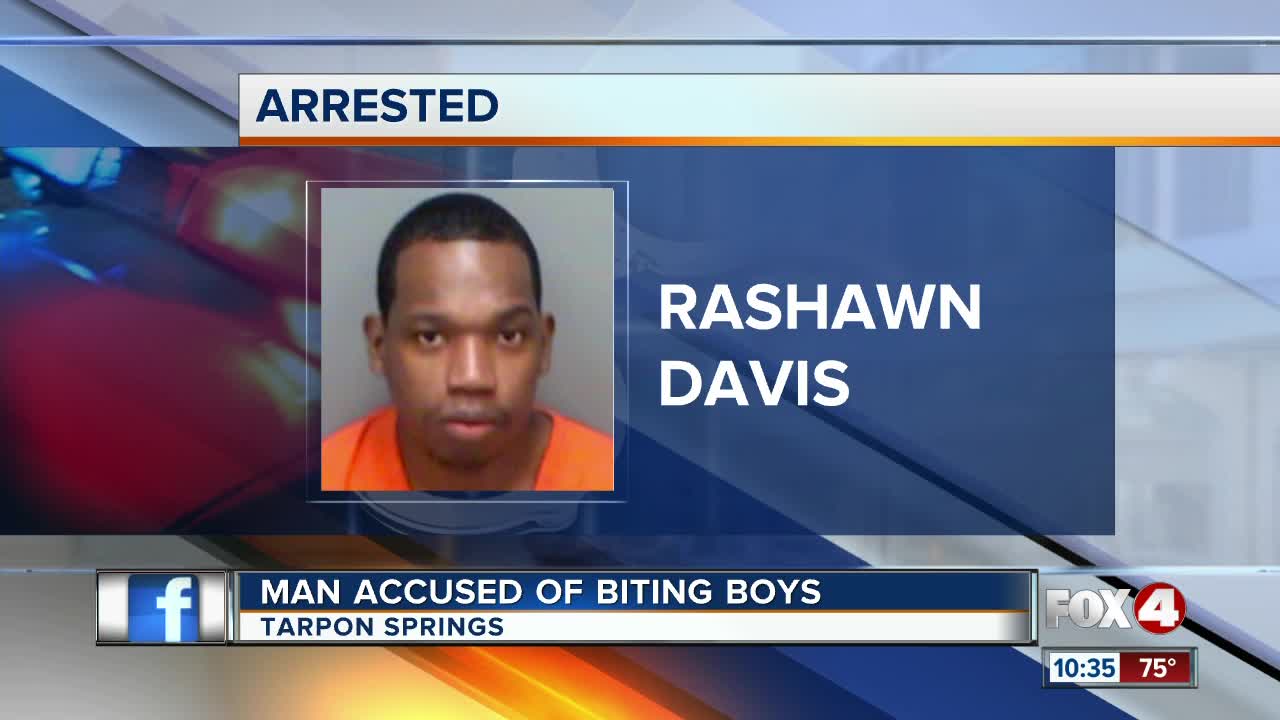 A man is accused of biting two young boys out of frustration.

TAMPA, Fla. -- A man in the Tampa Bay area is accused of biting his girlfriend's two young boys.

The Pinellas County Sheriff's Office said Rashawn Davis admitted to biting the boys out of frustration.

Detectives said the 2-year-old boy had bite marks on his body and face, along with lacerations on his back. The 3-year-old had a bite mark on his buttock.