FOX 4 News/WFTX-TV is moving frequencies. Here's what you need to know.
NewsWatercooler 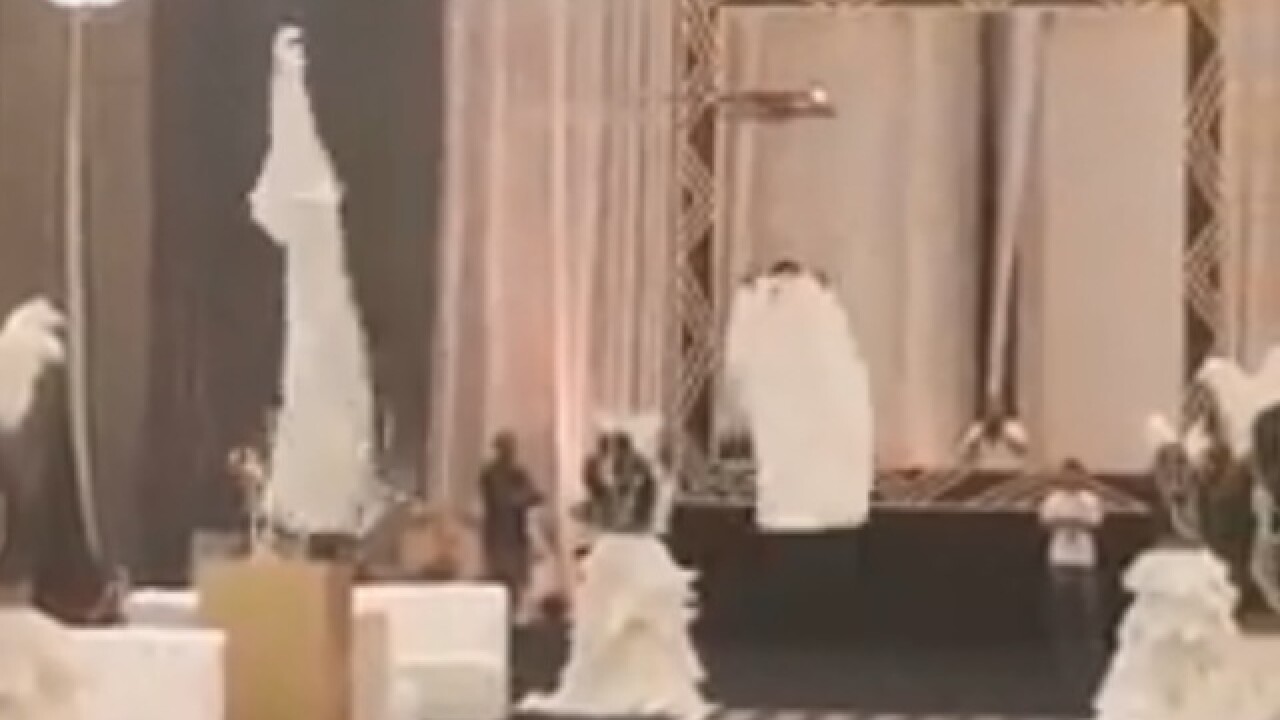 (CNN) -- A bizarre fashion show in a Saudi Arabian luxury hotel has become a viral sensation on social media for featuring drones flying dresses on the runway.

Videos of the unmanned flying devices carrying the floating dresses along a catwalk at the Jeddah Hilton have popped up on Twitter.

A spokesman for the Hilton's events in Jeddah told CNN the display takes place at the hotel bazaar every year for Ramadan. The exhibition company decided to use drones this year instead of mannequins "to bring a change," he added.

But people on social media jeered at the display, comparing the dresses without models to ghosts or something out of a horror movie.

"A ghost show in Saudi Arabia. I mean a fashion show," one user wrote,

"A fashion show in Saudi Arabia is like a ghost film," another said.

Fashion organizers from the region were also critical of the show.

"It's great to think out of the box. They were trying to do something different and fashion is such a creative space. However, this was not really something I would encourage or would like to see again," Alia Khan, chairwoman of the Islamic Fashion & Design Council in the United Arab Emirates, told CNN.

"When you see empty clothes flying in the air, it's just unappealing and not mesmerizing or beautiful. There wasn't much to make me feel enticed to try that outfit.

"You lose the shape; the dress is just hanging on the drone."

Saudi Arabia had its first fashion week in April, with models taking to the runway in Riyadh for a female-only audience.