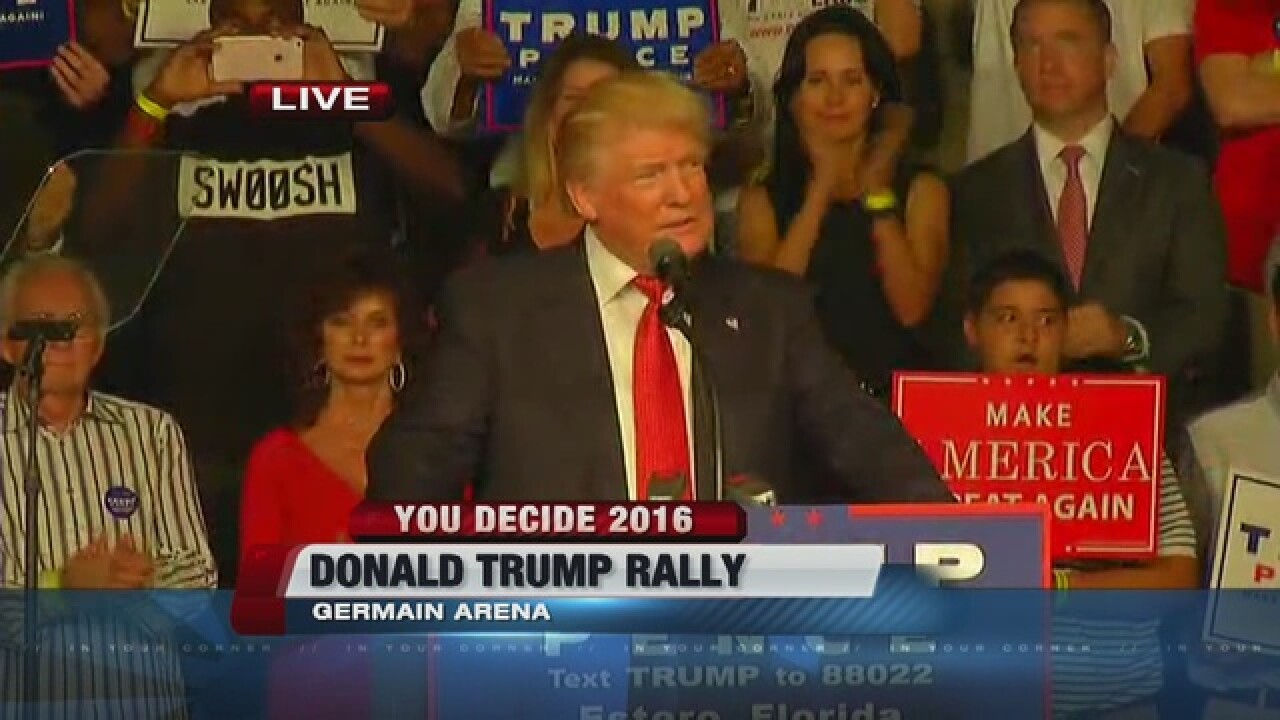 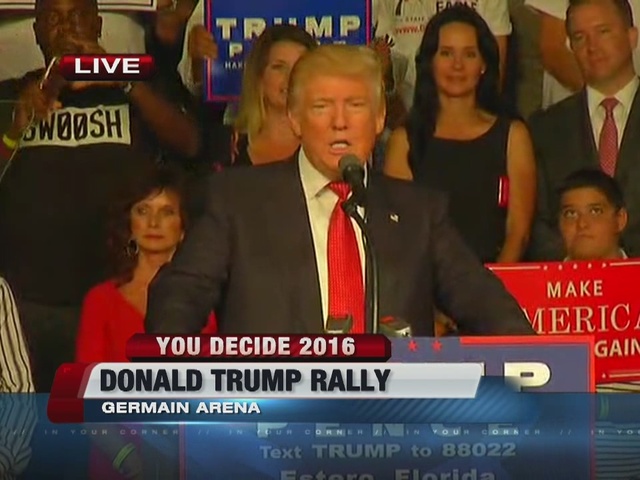 ESTERO, Fla. -- A packed house of about 8,000 Trump supporters made their way into Germain Arena Monday to welcome Donald Trump to Southwest Florida for a campaign rally.

Fox 4 broadcast the rally live over the air and here on Fox4Now.com.

Trump spoke for 47 minutes, and touched on many of the same topics of other recent campaign stops: The failures of Hillary Clinton, the threat of Islamic terrorists to our country, and of course making America great again.

It was Trump's first speech since the bombings in New York and New Jersey.   "It's time for tough borders. It's time for common sense. It's time to do things right," he said. "If you choose Donald Trump, these problems will go away far, far greater than anyone will think. Believe me."

Trump also went off script to read the lyrics to the soul song "The Snake".