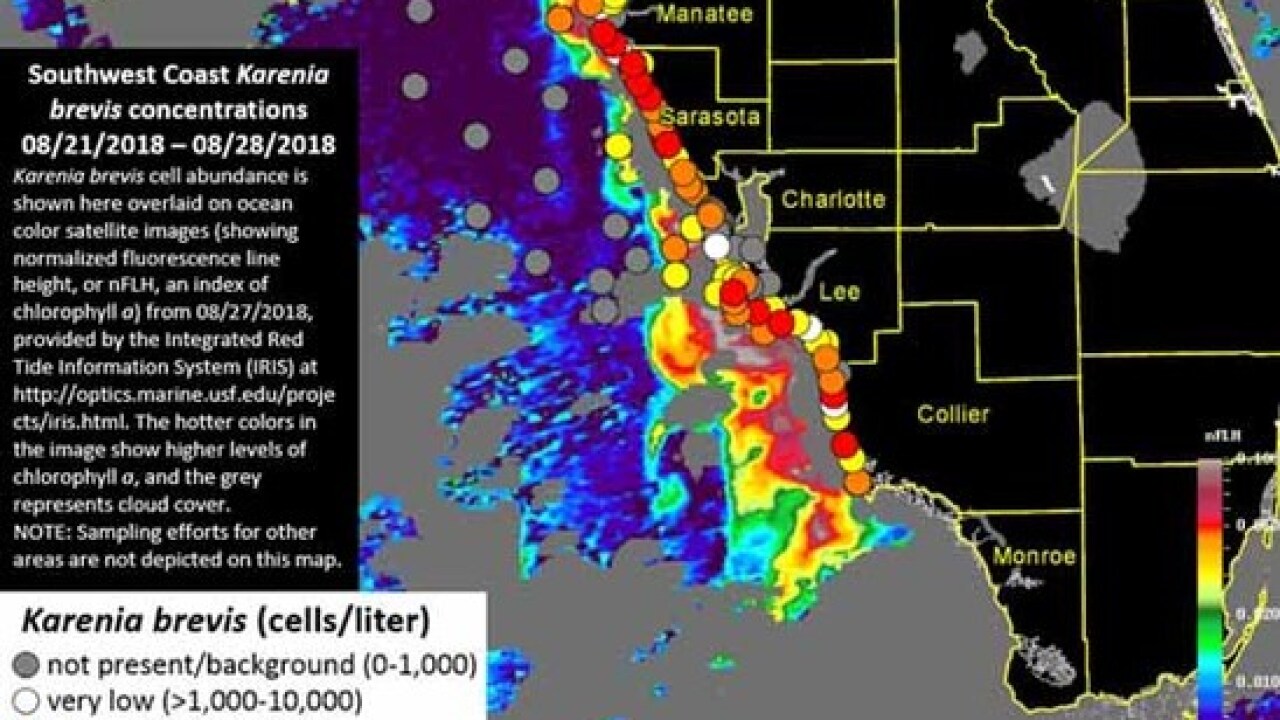 This was the first time observation of “high” concentrations of red tide were made offshore of Pinellas County.

None of the samples taken in Charlotte County over the past week contained “high” concentrations of K. brevis. An aerial survey conducted last week indicated the presence of offshore blooms of the marine cyanobacterium, Trichodesmium.

Respiratory irritation was reported over the past week in Pinellas, Manatee, Sarasota, Lee, and Collier counties.

Relief fund established for those affected by water crisis

"Liquid Heart of Florida: Beneath the Algae"