A bloom of the red tide organism, Karena brevis, persists in Southwest Florida this week, extending along 135 miles of coastline, from northern Pinellas to northern Collier counties, and extends offshore. 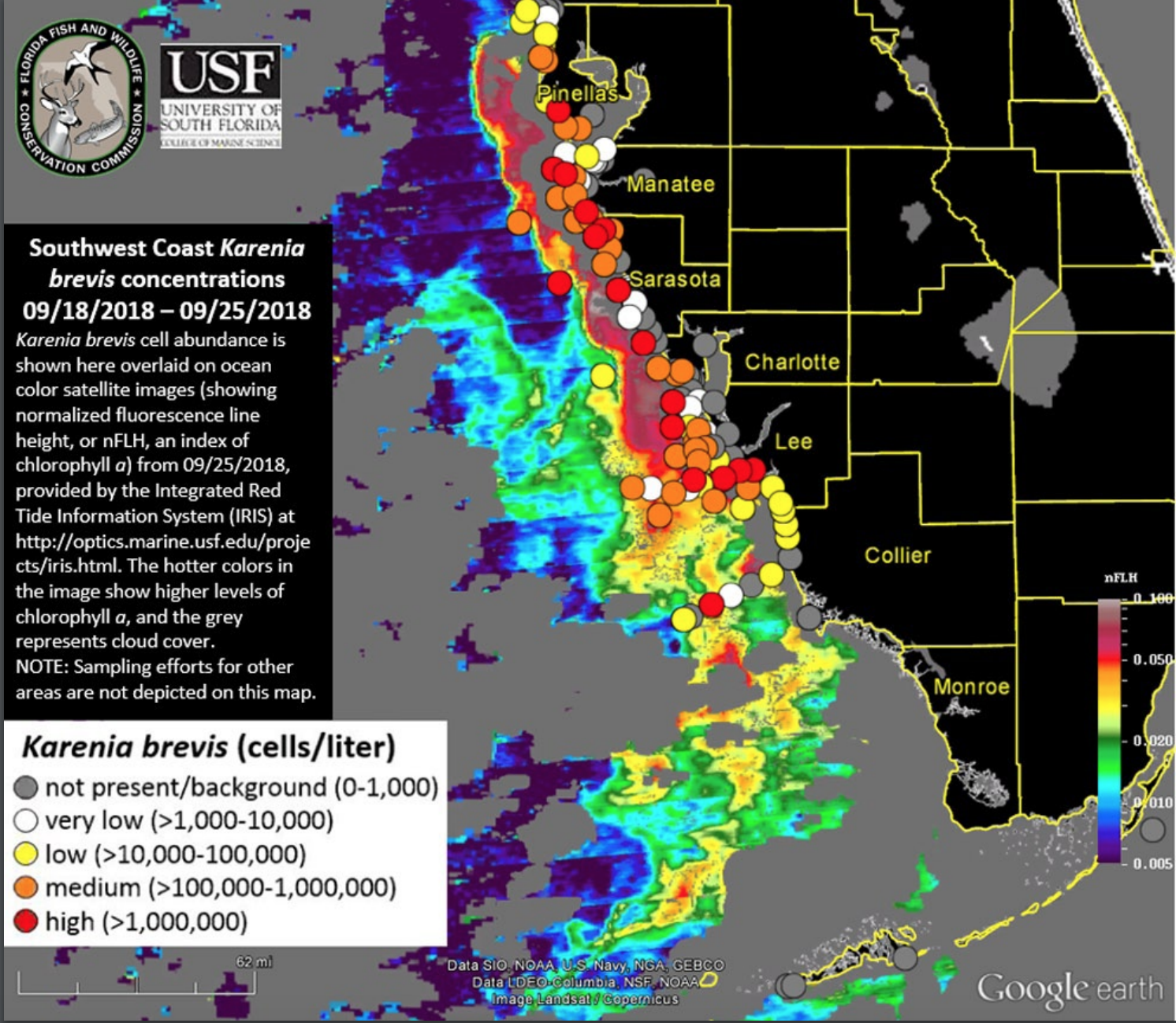 Reports of fish kills were received for multiple locations in and/or offshore of Pinellas, Manatee, Sarasota, Charlotte, Lee and Collier counties.

Forecasts fo predict southwestern movement of surface waters and southeastern transport of subsurface waters over the next three days.