High concentrations of Red Tide returns along Sarasota beaches, according to FWC map 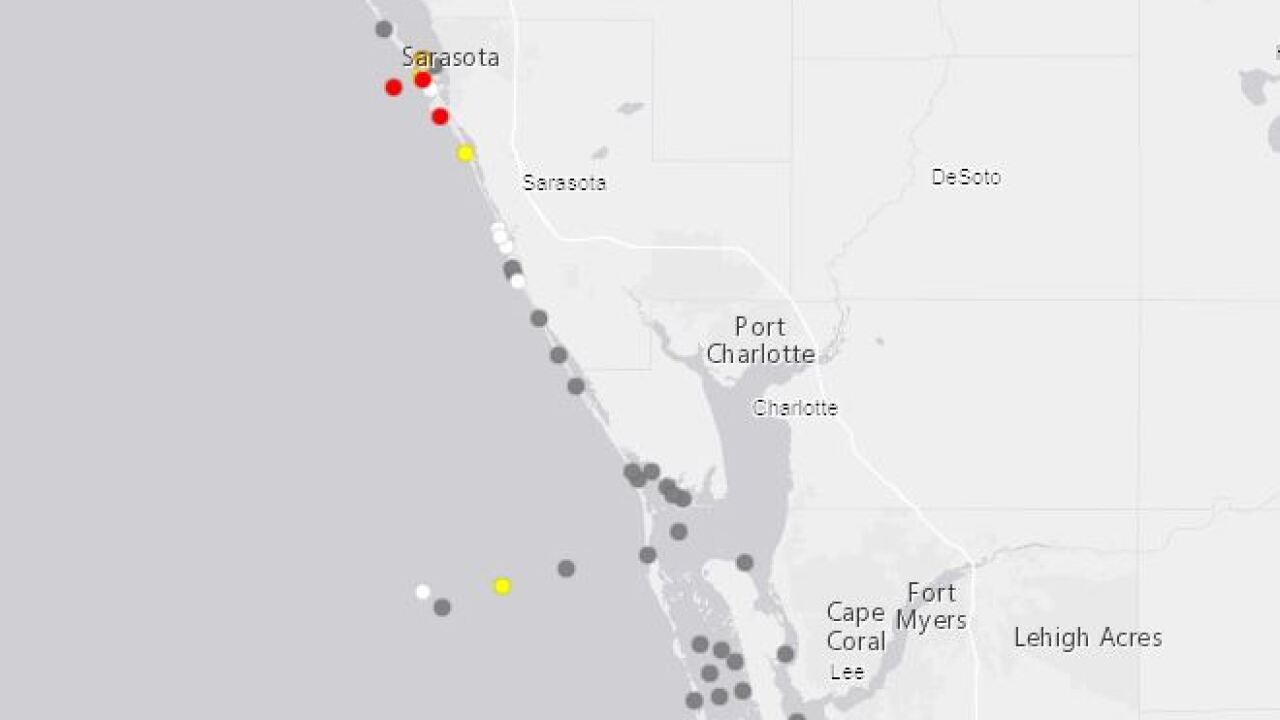 SARASOTA COUNTY, Fla. — After Red Tide disappeared from the entire west side of Florida's coast, it's returned in the South.

Experts believe the majority of the other beaches on our coast are clear because of colder temperatures and December's storms churning up the Gulf. This broke up the algae bloom, essentially starving it.