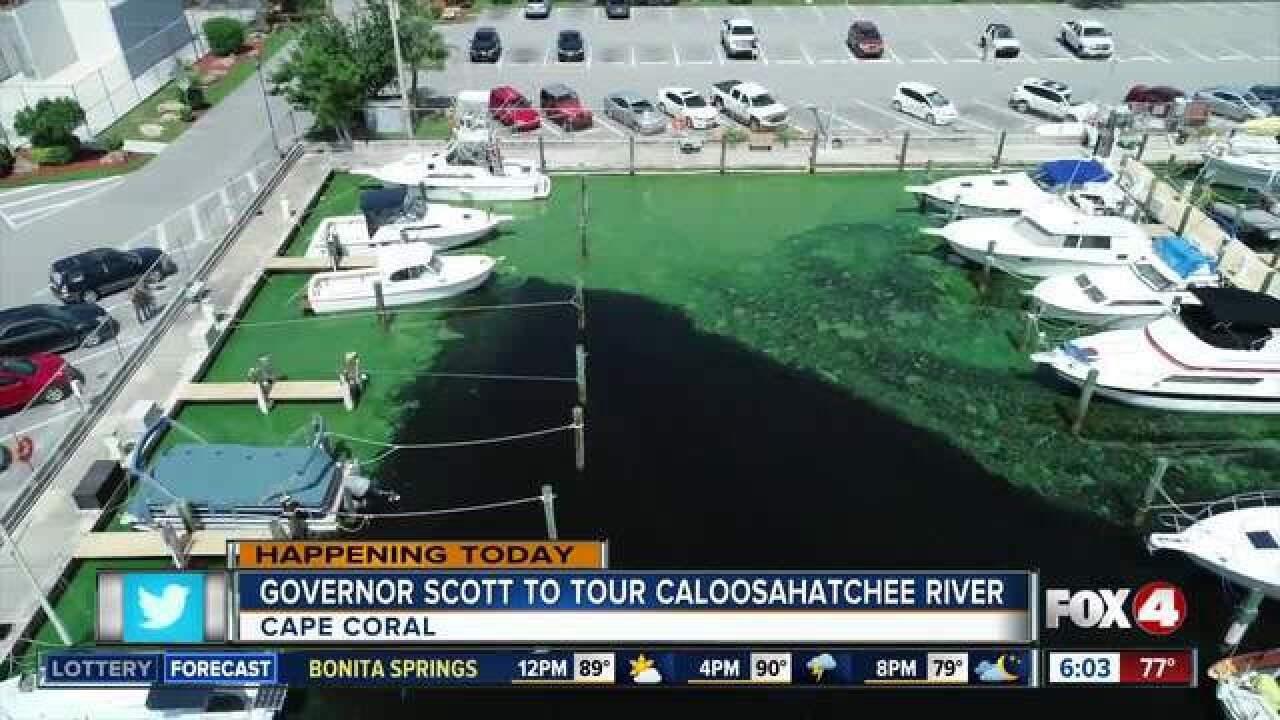 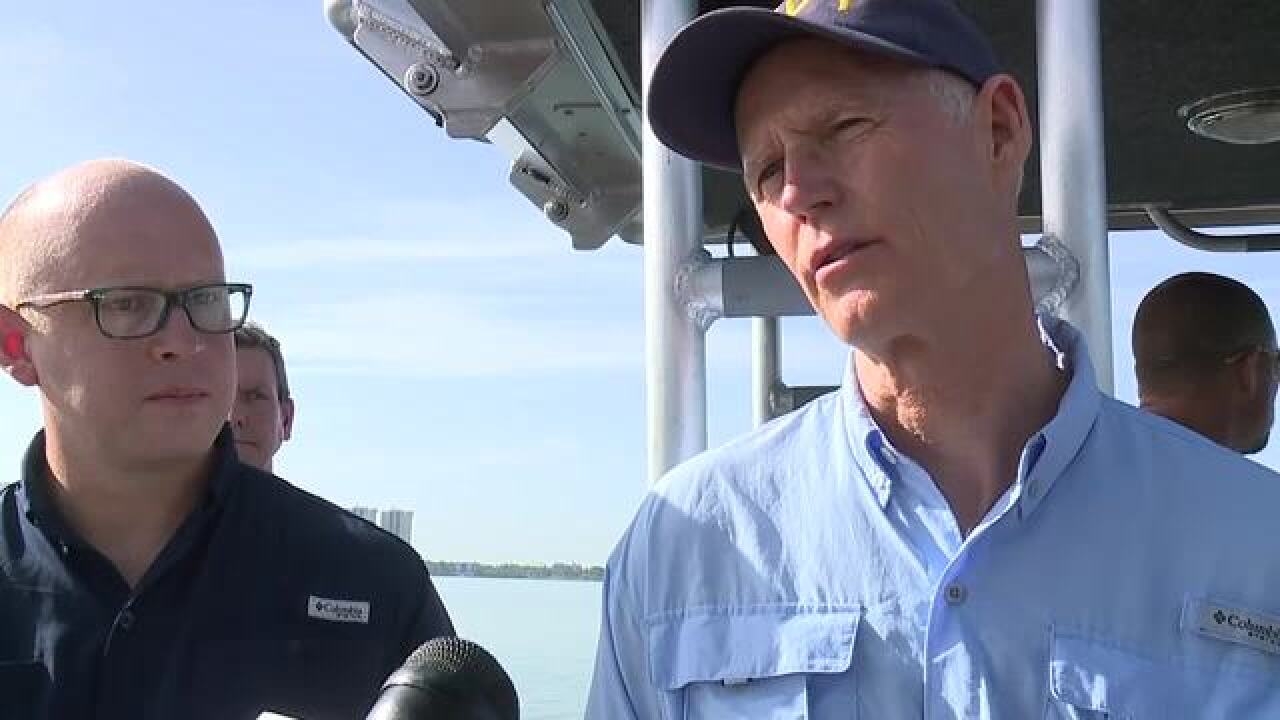 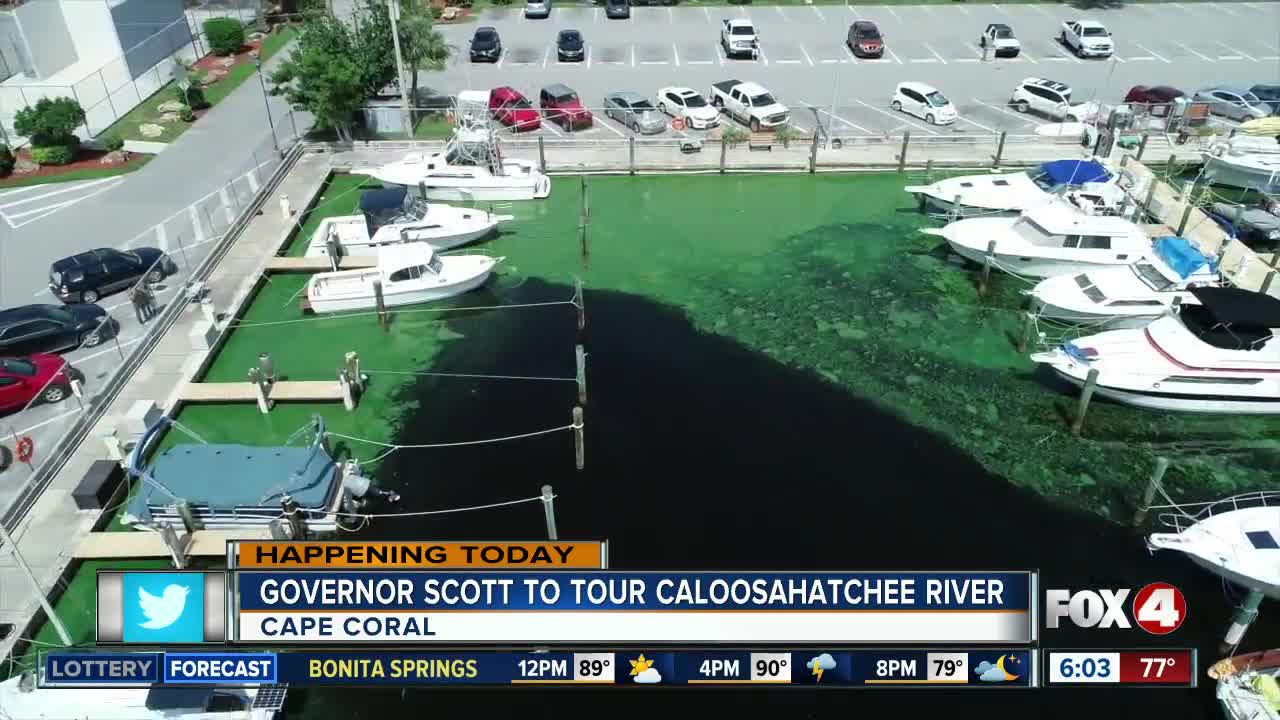 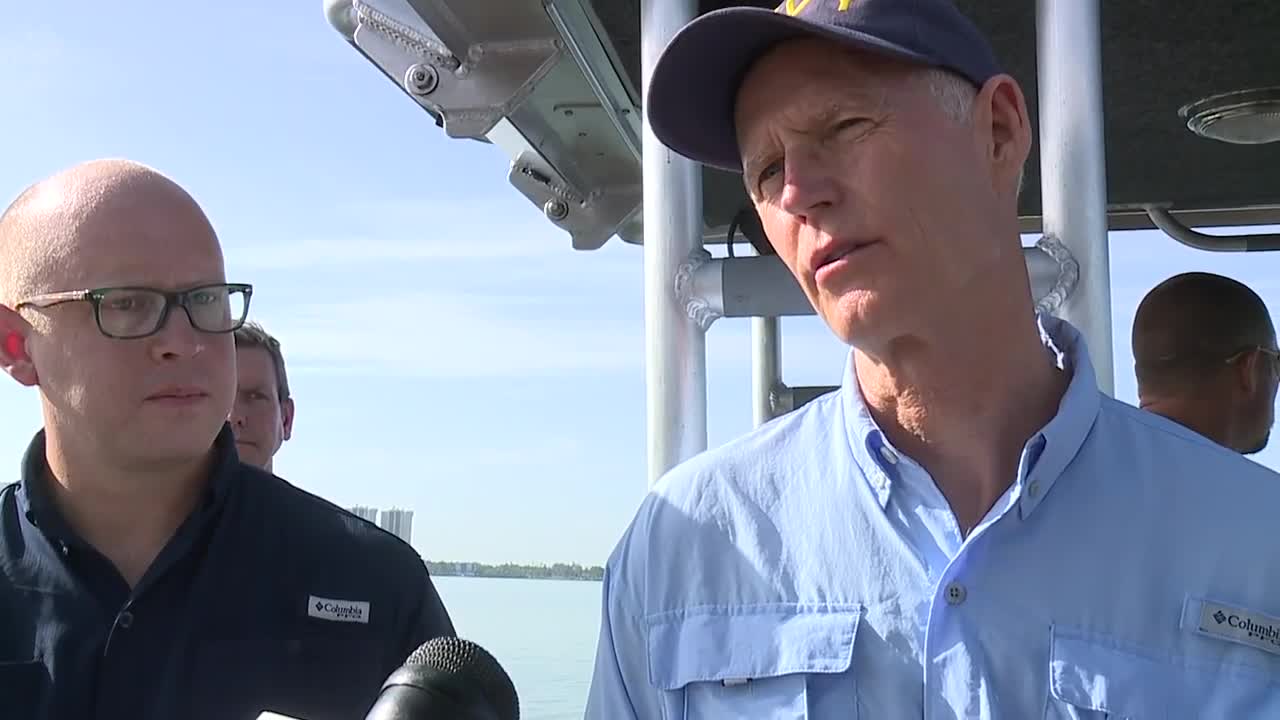 The boat tour started at 8 A.M. Monday morning at the Horton Park and Boat Ramp near the Midpoint Bridge.

The governor is looking at the areas on the river where the State Department of Environmental Protection is putting in more water monitoring stations.

The governor's communication director says in part, "Governor Scott has taken action to combat the algae blooms resulting from the Army Corps of Engineers' water releases from Lake Okeechobee.

This includes ordering the Department of Environmental Protection to issue an emergency declaration  two weeks ago to move more water south of the lake.

JUST IN: Governor Scott says he will issue a state of emergency today for the toxic algae blooms in the Caloosahatchee River. @Fox4Now pic.twitter.com/dzqmhoQ6dH

The Army Corps says this will allow water managers to conduct a full assessment of system conditions.

As of Monday morning, the water level in Lake Okeechobee is at 14.44 feet.

The water has risen .2 feet over the last two weeks.

Four In Your Corner's Jillian Hartmann will be on the boat tour as well.

Stick with Fox 4 for updates to this story.