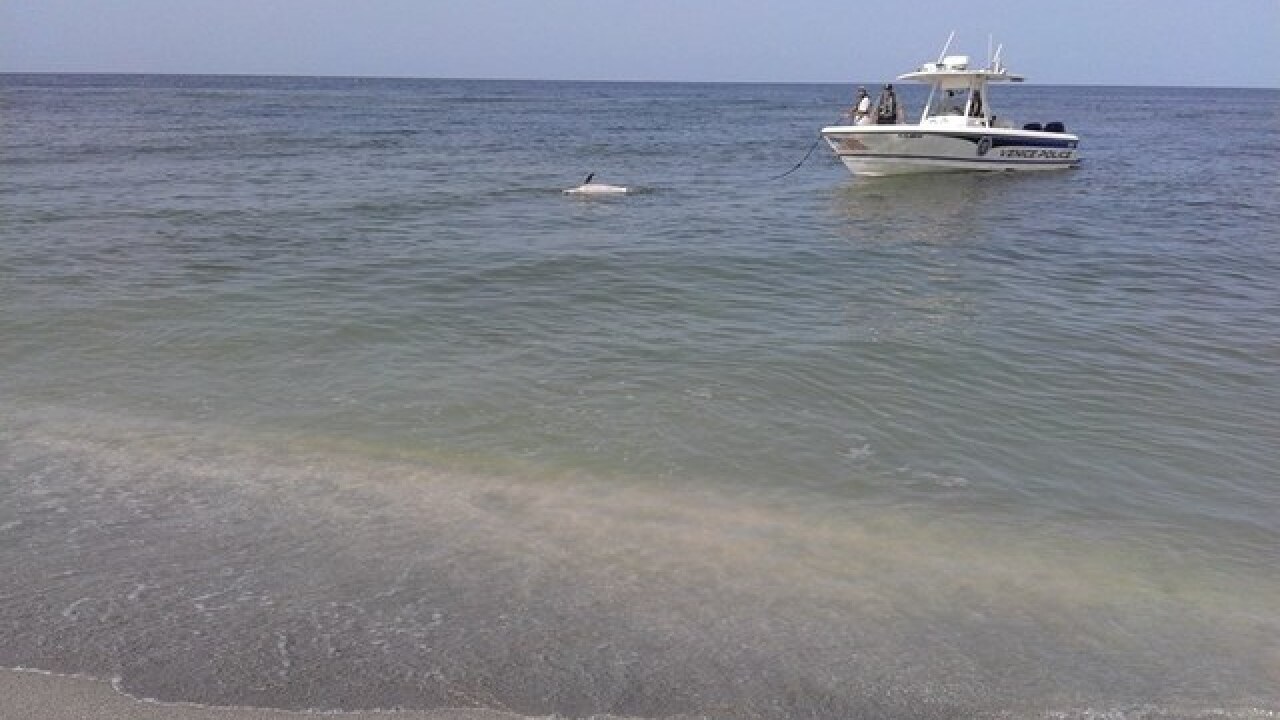 One dolphin has been recovered from the Intracoastal Waterway near Snake Island in Venice.

The other is being recovered today from Caspersen Beach.

The Marine Mammal Stranding Network overseen by the National Oceanic and Atmospheric Administration has been alerted of the findings.

The Mote staff will conduct necropsies (animal autopsies) on all four dolphins at their campus on City Island, Sarasota, to investigate what happened to them. All four were found moderately to severely decomposed, complicating the efforts to examine and collect samples for analyses.

Mote Stranding Investigations Program recovered four deceased dolphins. Two were recovered last night and two this morning. Mote staff will conduct necropsies on all four dolphins to investigate their cause of death. Thank you to all who helped report these animals! #motesip pic.twitter.com/IUuUs1vMMa