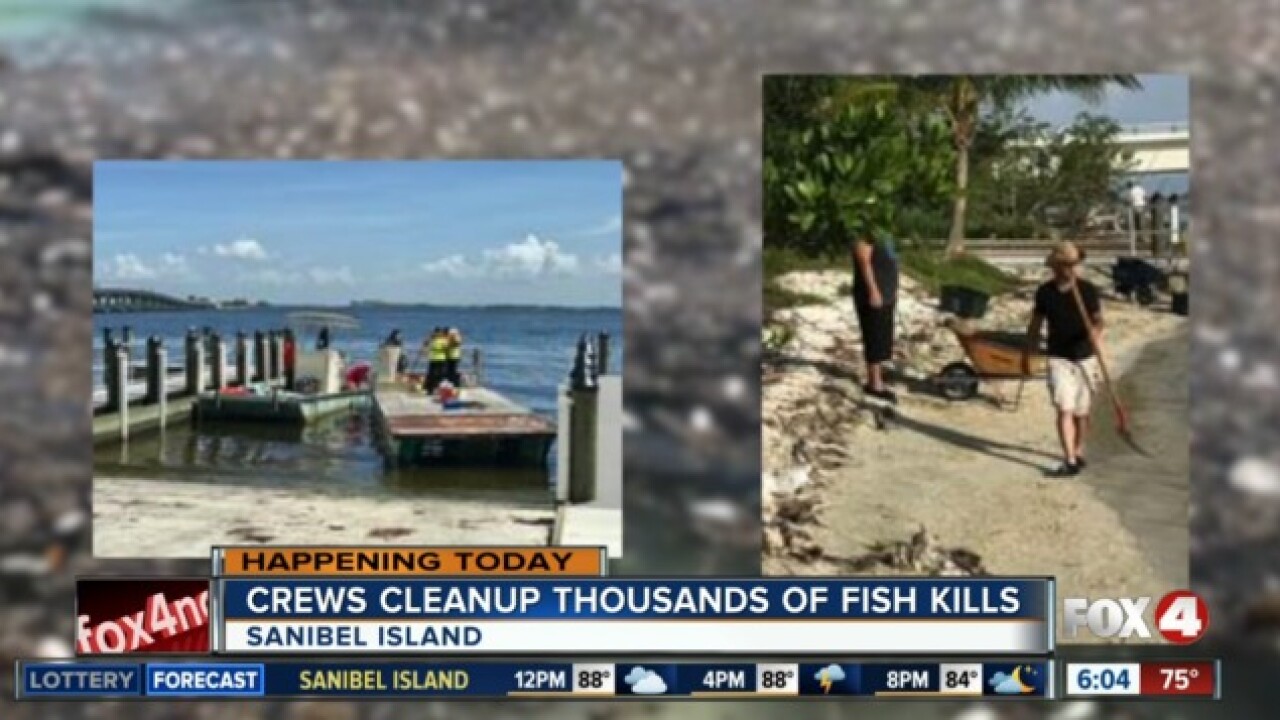 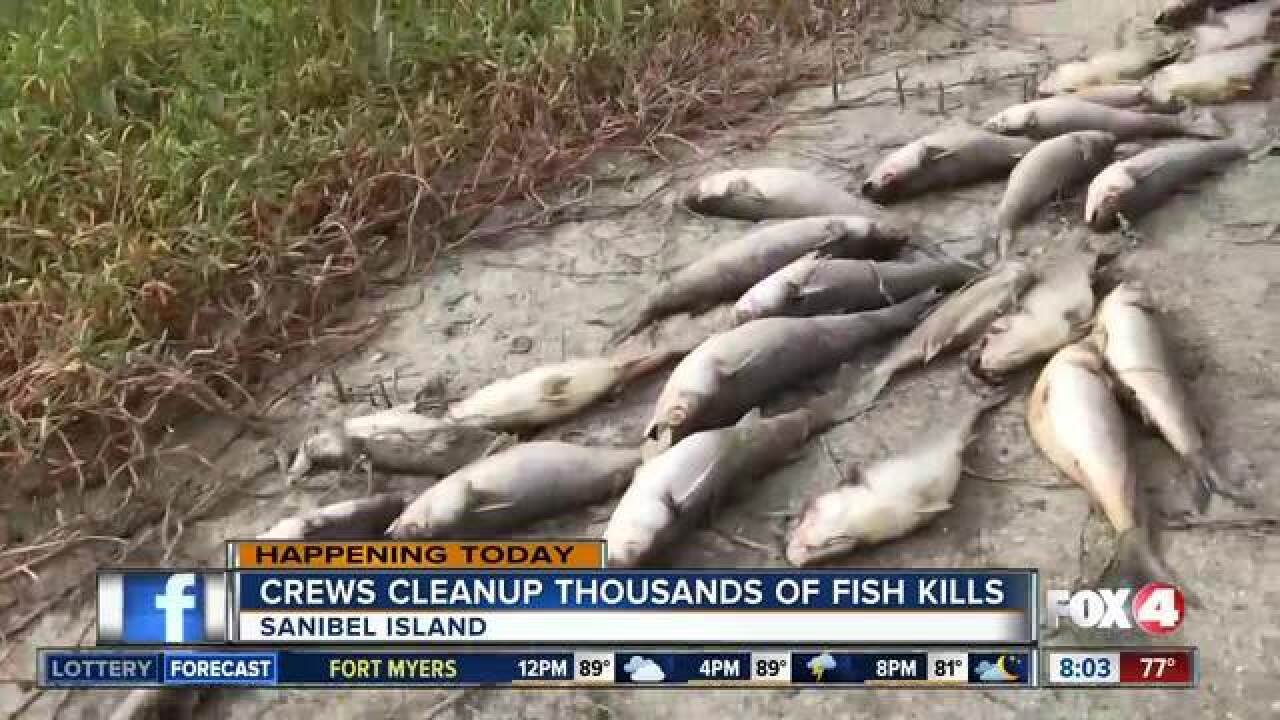 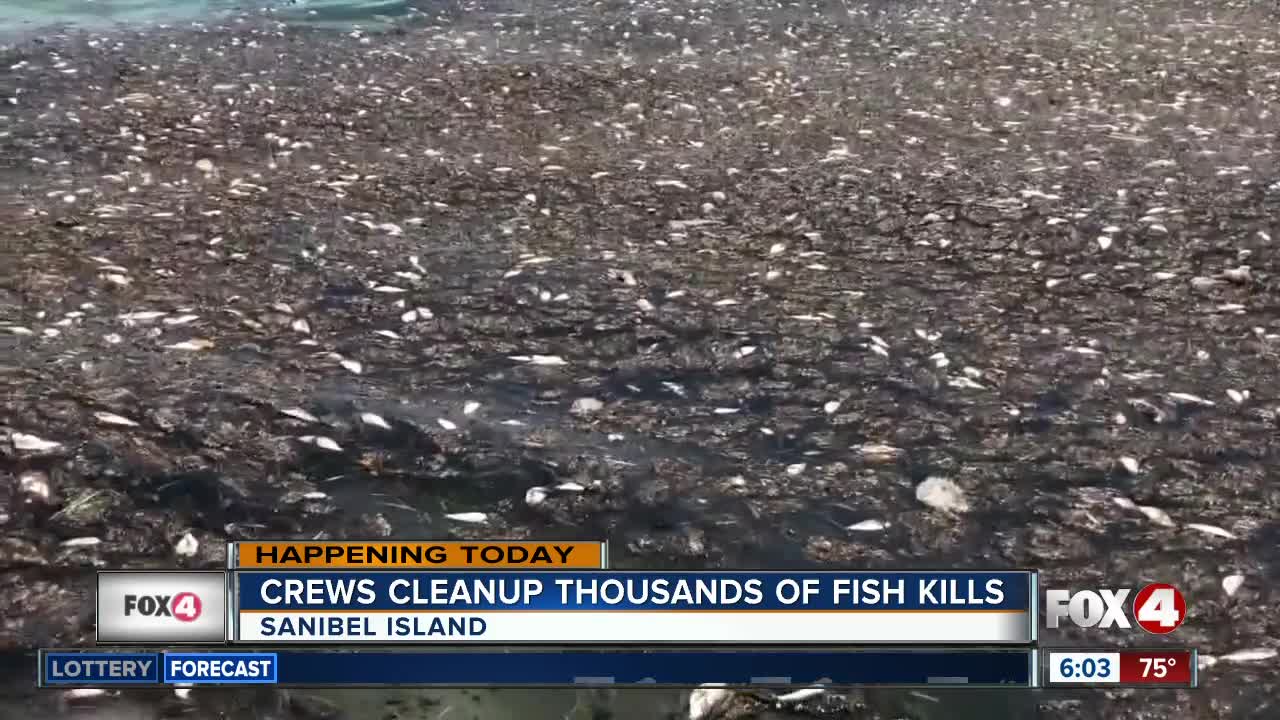 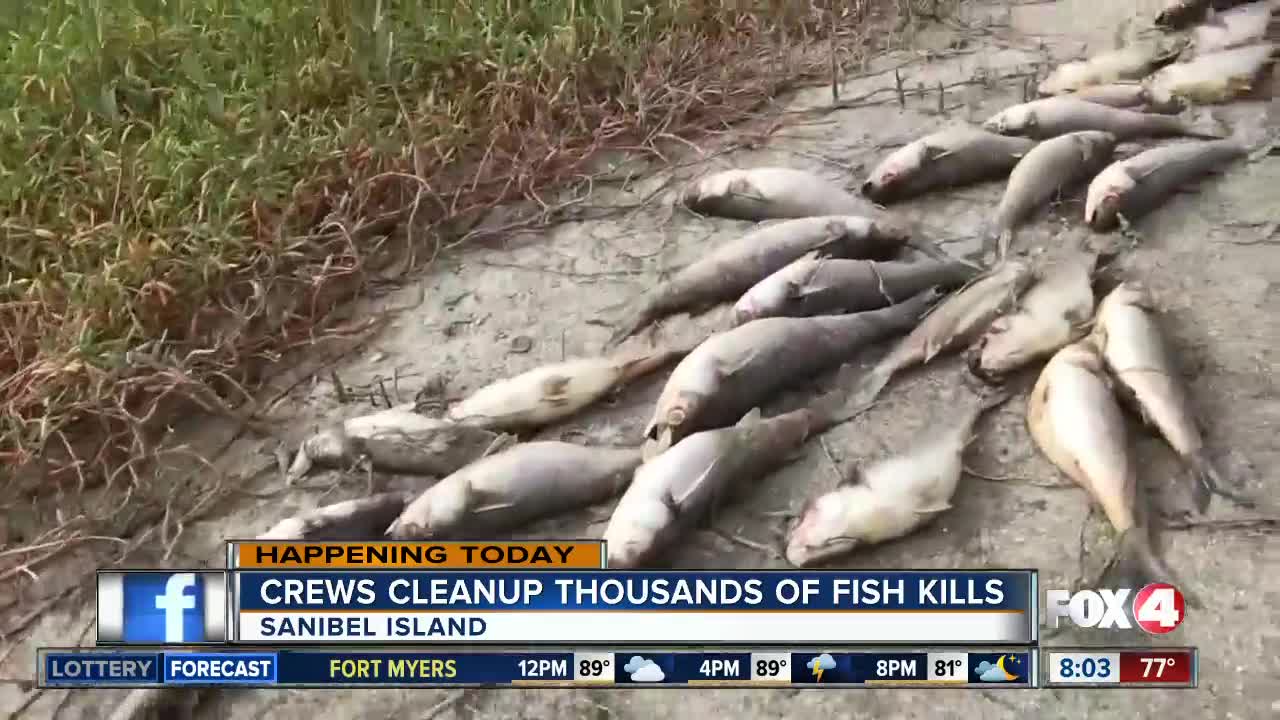 SANIBEL ISLAND, Fla. -- Sanibel beaches are covered with dead fish and the city is doing what they can to remove it all.

They’ve been removing the fish since Saturday, but more and more keep washing up on the shores.

In a release on Wednesday, the city says crews removed 22 large fish, including 20 Goliath grouper and two tarpon.

They also hauled out thousands of small fish using a construction vehicle. The City of Sanibel says they had to use extra equipment to get the work done.

With help from the city’s Department of Public Works, they have teams cleaning up both the beaches and canals.

They also have a ‘Rapid Response Team’ to remove the large fish.

The plan is to bring all the dead sea life back to the public works yard to haul off the island by Advanced Disposal.

According to a report from the Department of Public Works, there is a heavy red tide presence causing a bad odor on Lighthouse Beach.

Red tide is also present at the Sanibel Boat Ramp and Algiers Beach.

The only spot that has no red tide is Turner Beach Park.

In the meantime, the public access to the boat ramp is permitted because it's being used as a staging area for the cleanup operations.

The city says a lot of the dead fish they are cleaning up are catfish and their fins can be sharp.

The city urges beachgoers to be extra careful walking along the shores because the fins can penetrate the bottom of their foot.

The fish kills have gotten so bad, the city is asking property owners to help.

However, if the dead fish that washes up on private property is too heavy to remove, the city says to email the city manager for help.