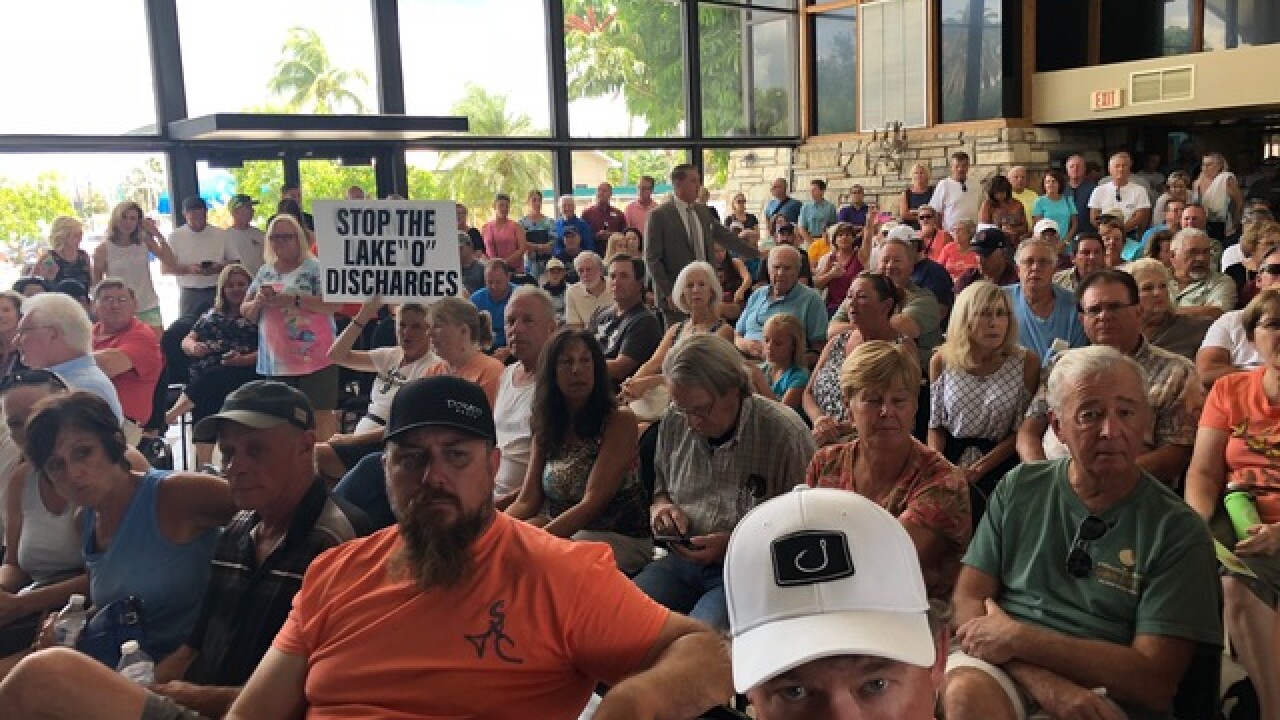 Copyright 2018 Scripps Media, Inc. All rights reserved. This material may not be published, broadcast, rewritten, or redistributed.
Curt Tremper 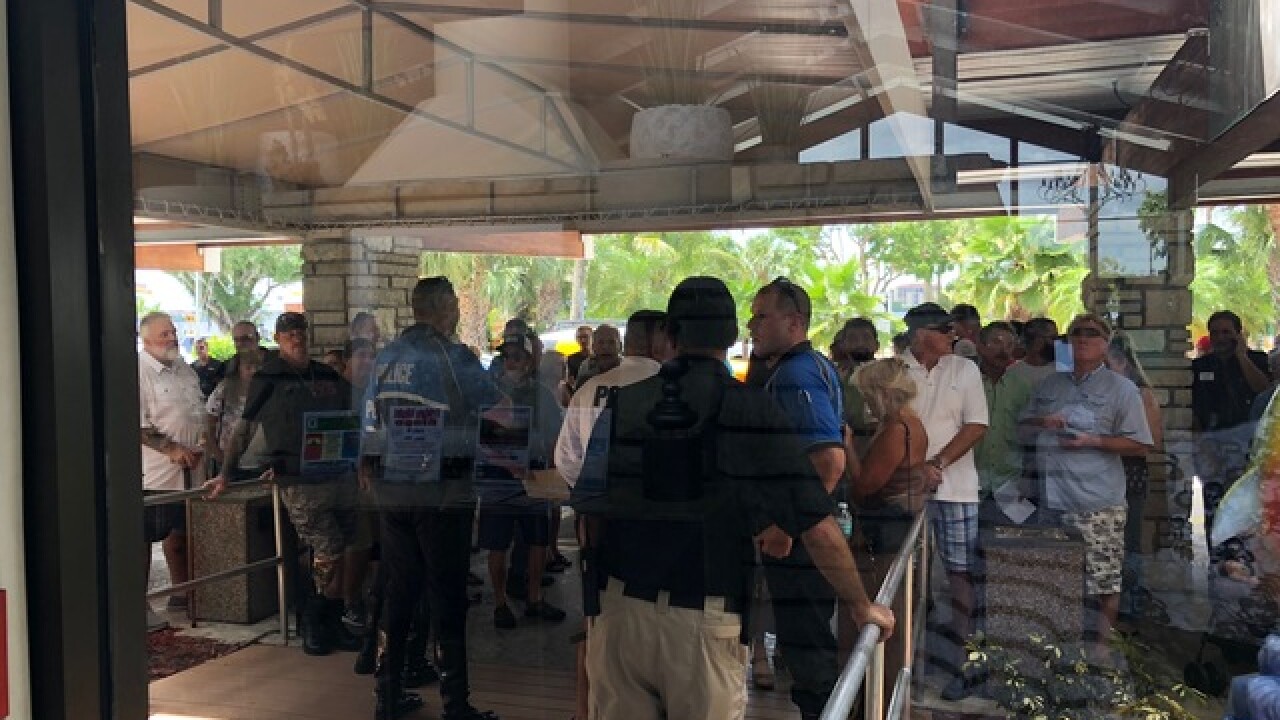 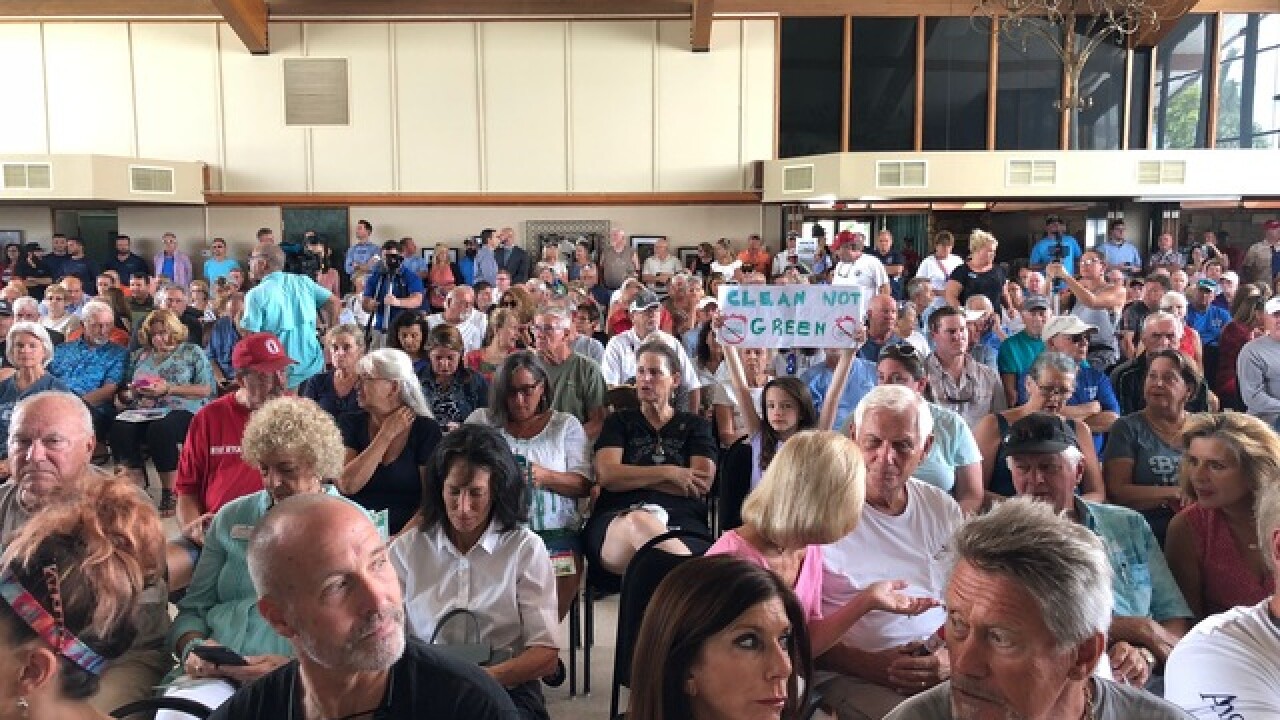 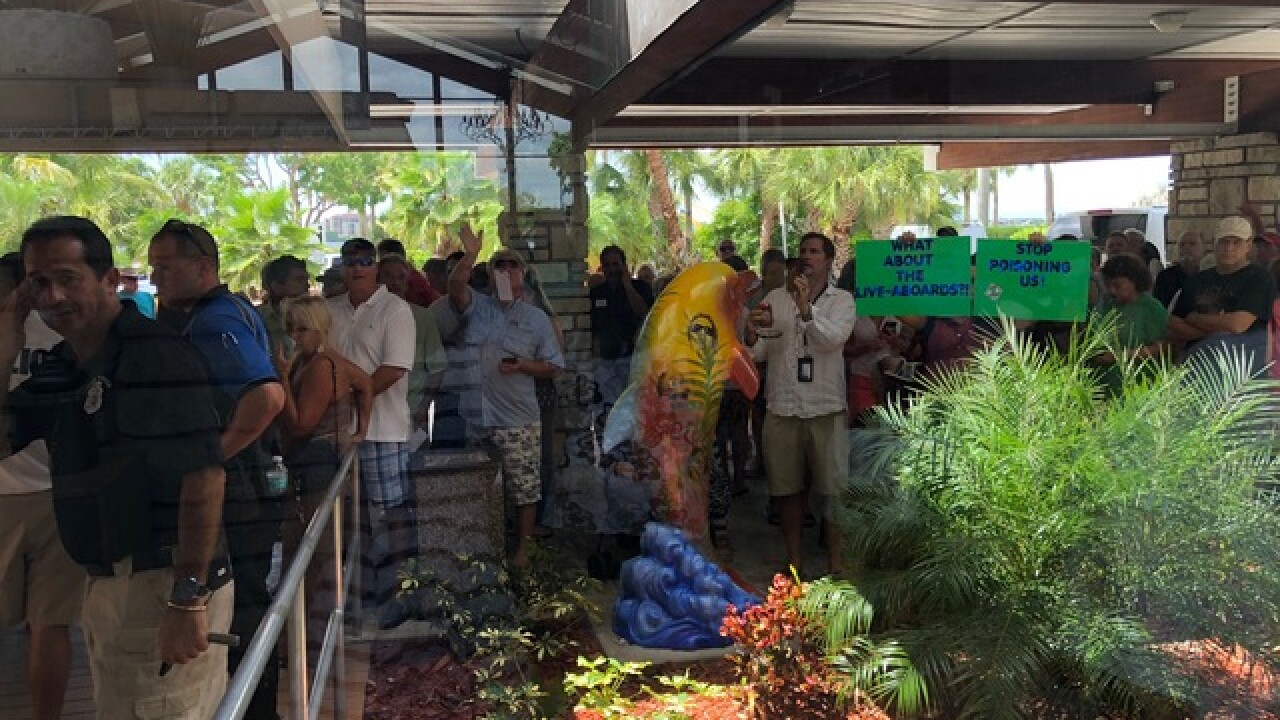 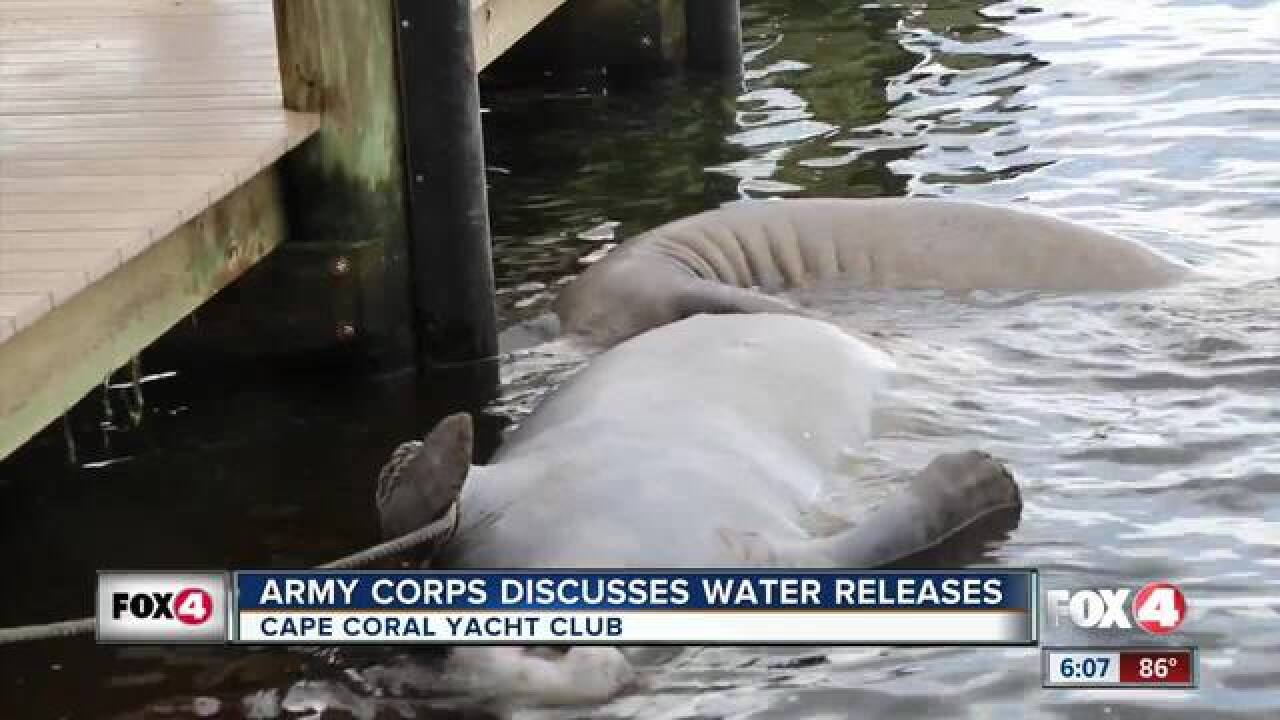 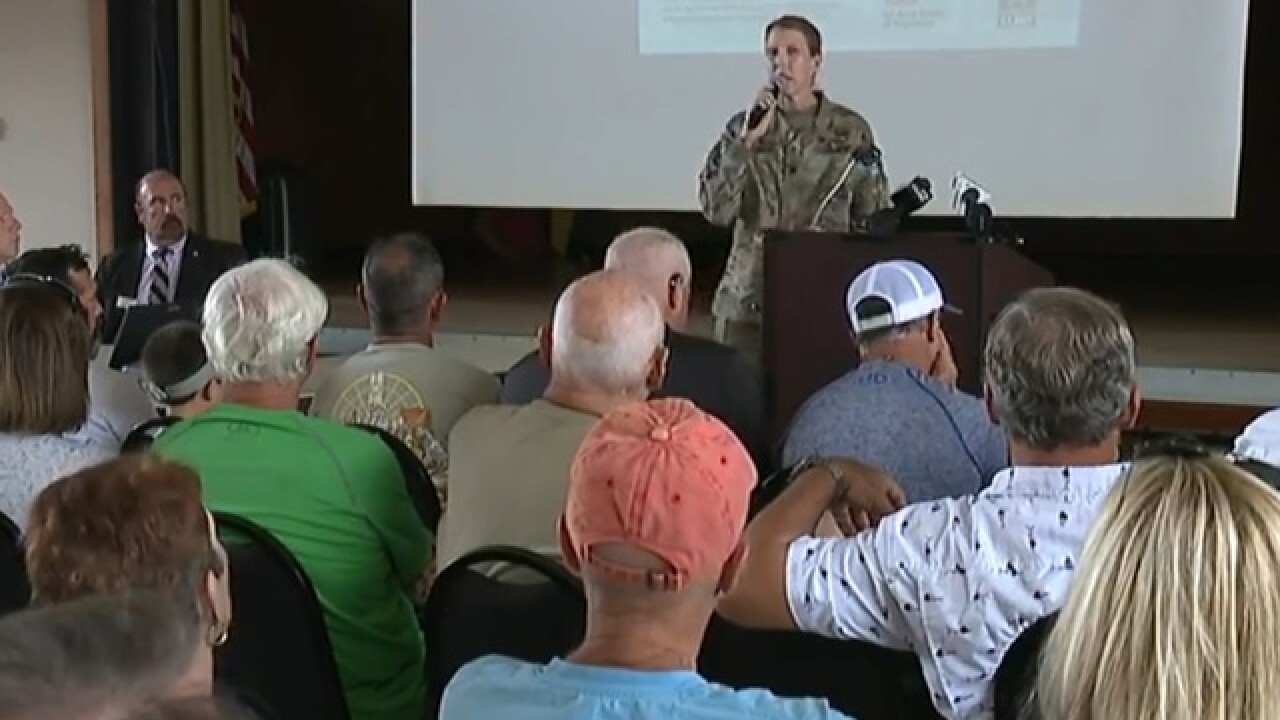 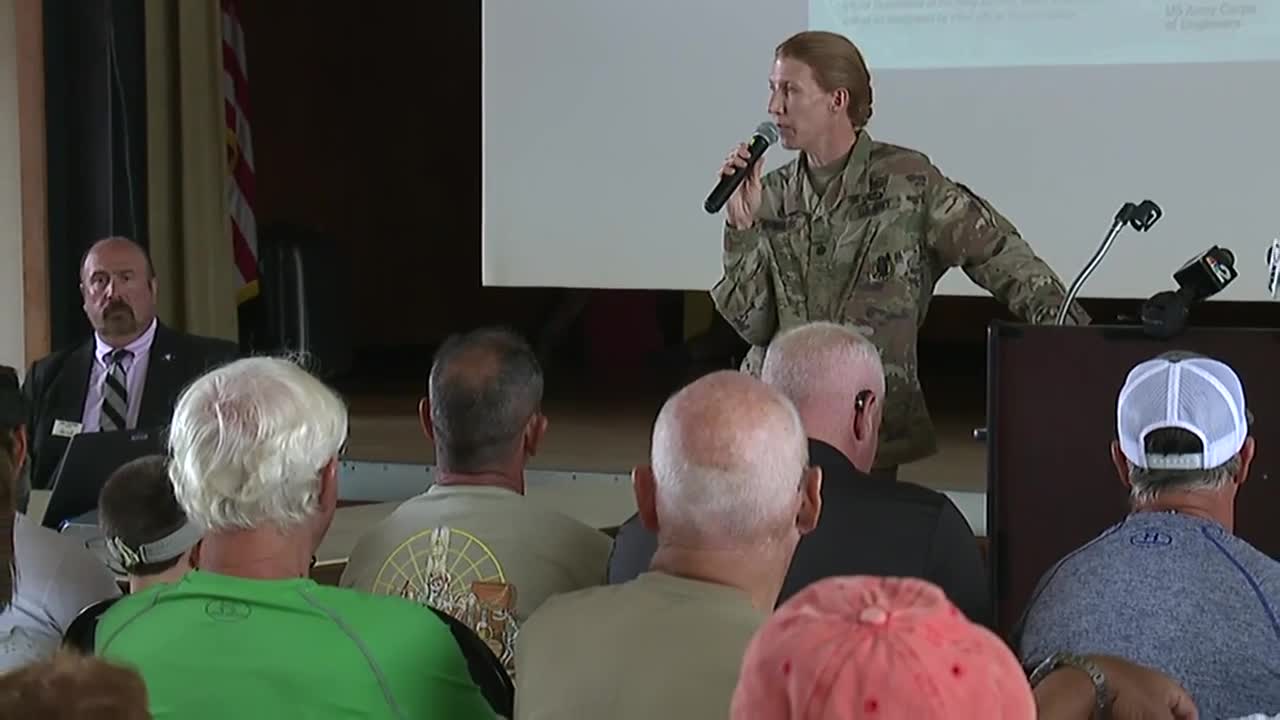 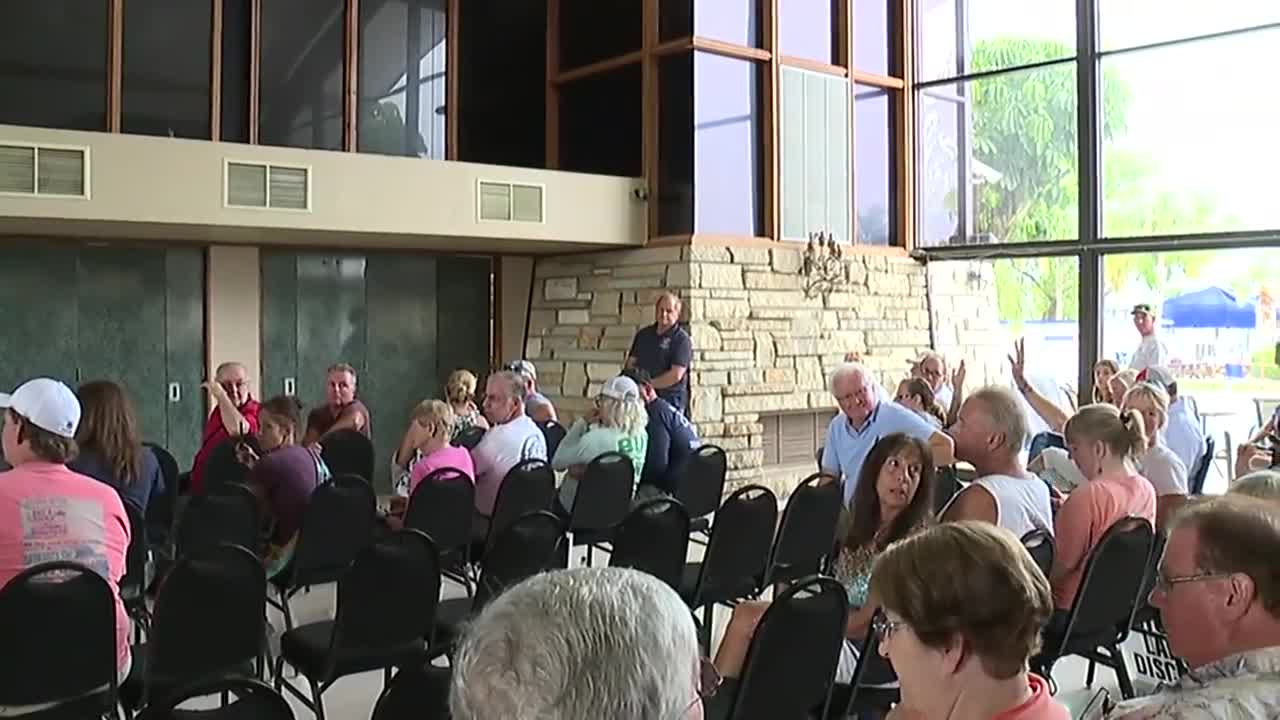 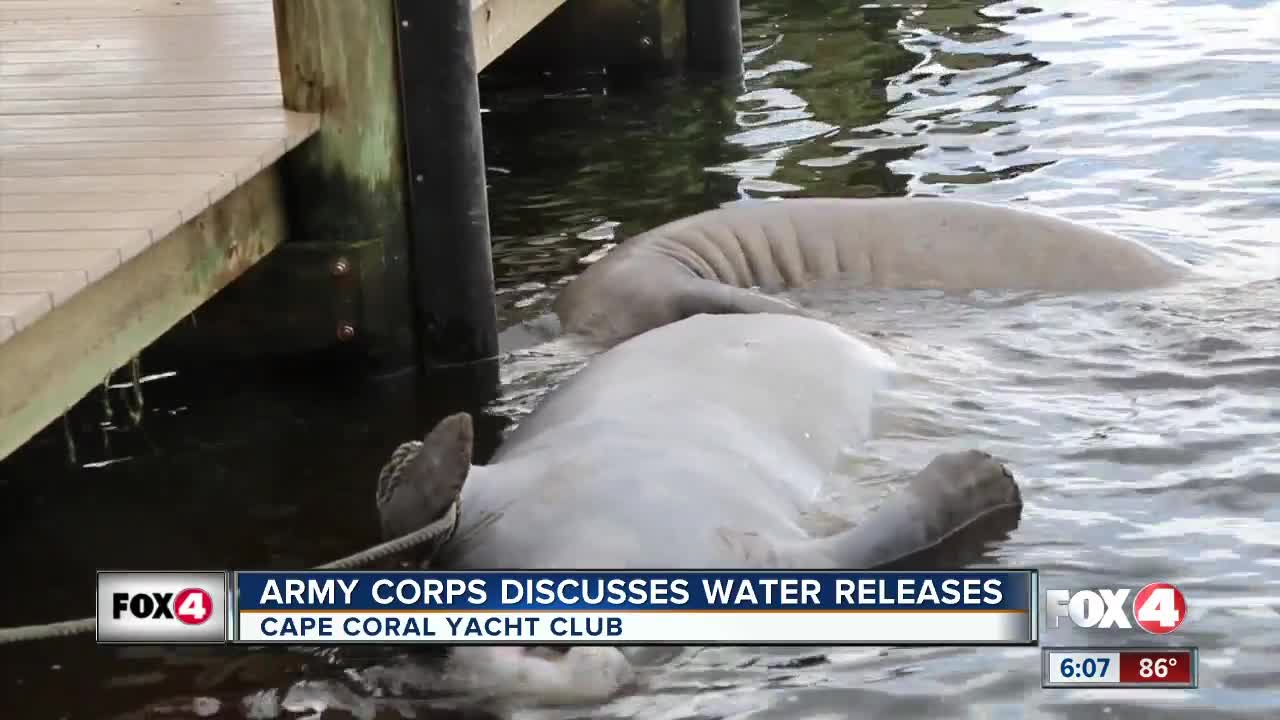 CAPE CORAL, Fla. -- A full house packed the Cape Coral Yacht Club Tuesday as representatives from the U.S. Army Corps of Engineers met with City of Cape Coral officials and the public to discuss the water releases coming from Lake Okeechobee.

The fire department was forced to close the doors to the yacht club due to an overwhelming response from the public wanting to attend.

Photos from the event HERE

Emotions were running high inside the meeting.

As the Army Corps of Engineers answered questions about Lake Okeechobee water releases, some people blame that water for an algae explosion in Cape Coral.

“I want to send it south, but I don’t have the infrastructure to send anymore south than I currently send,” said Lt. Cpl. Jennifer Reynolds of the U.S. Army Corps of Engineers.

Meanwhile, just outside the yacht club as the meeting was taking place, a dead manatee was seen being removed from the Caloosahatchee River.

Chris Witman with Captains for Clean Water was glad to see so many people passionate about the issue, telling Fox 4 that something needs to change.  “Timing and delivery of the water is a big part of the problem.”

That’s something the Army Corps of Engineers addressed.  Lt. Cpl. Reynolds says at the end of this year, they’ll look into revising the Lake Okeechobee release schedule.  “It will potentially change the amount and timing of water that’s released into the northern estuaries and take into account many of the projects that we were able to implement over time that allows us to move more water south.”

In the meantime though, they’re still working on projects like the Everglades Agricultural Area reservoir.
But for some residents, those projects aren’t enough to help what’s happening right now.

“An immediate solution is really difficult because the projects that we’re talking about will still take a few years before they start coming online,” said Reynolds.