Will Gov. Ron DeSantis' trip to Israel payoff for taxpayers?

'They need markets for their innovation' 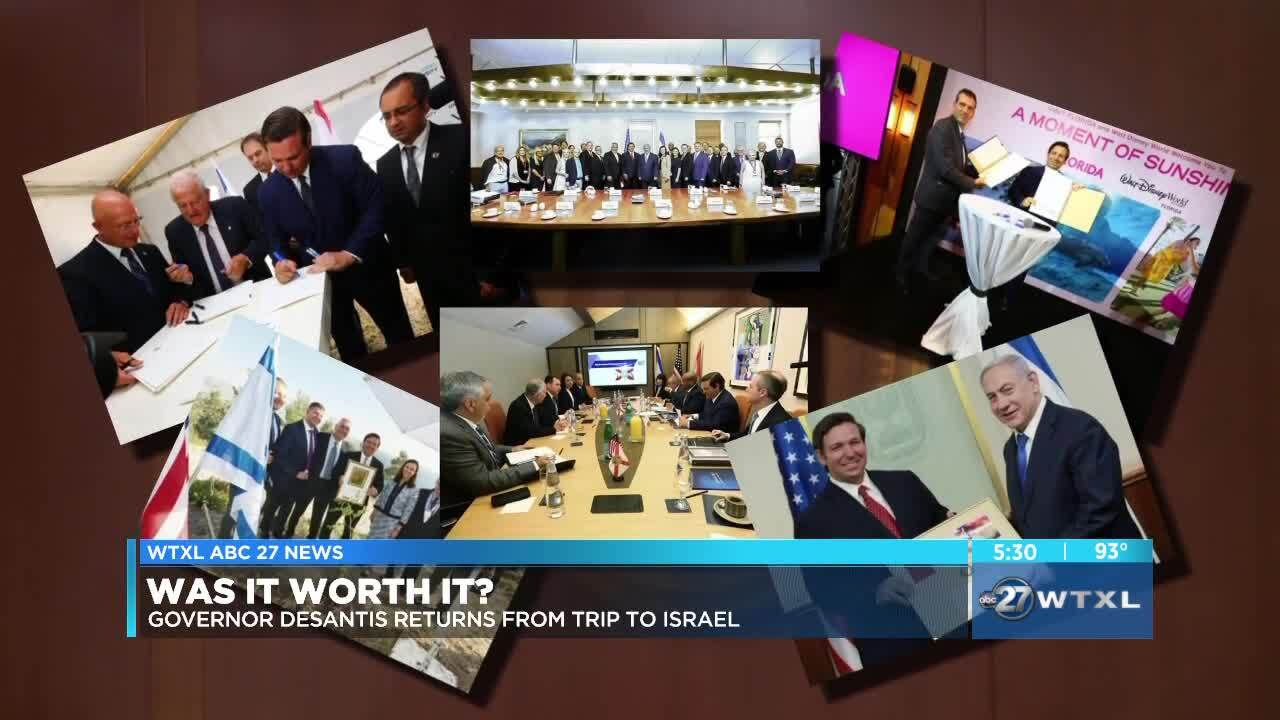 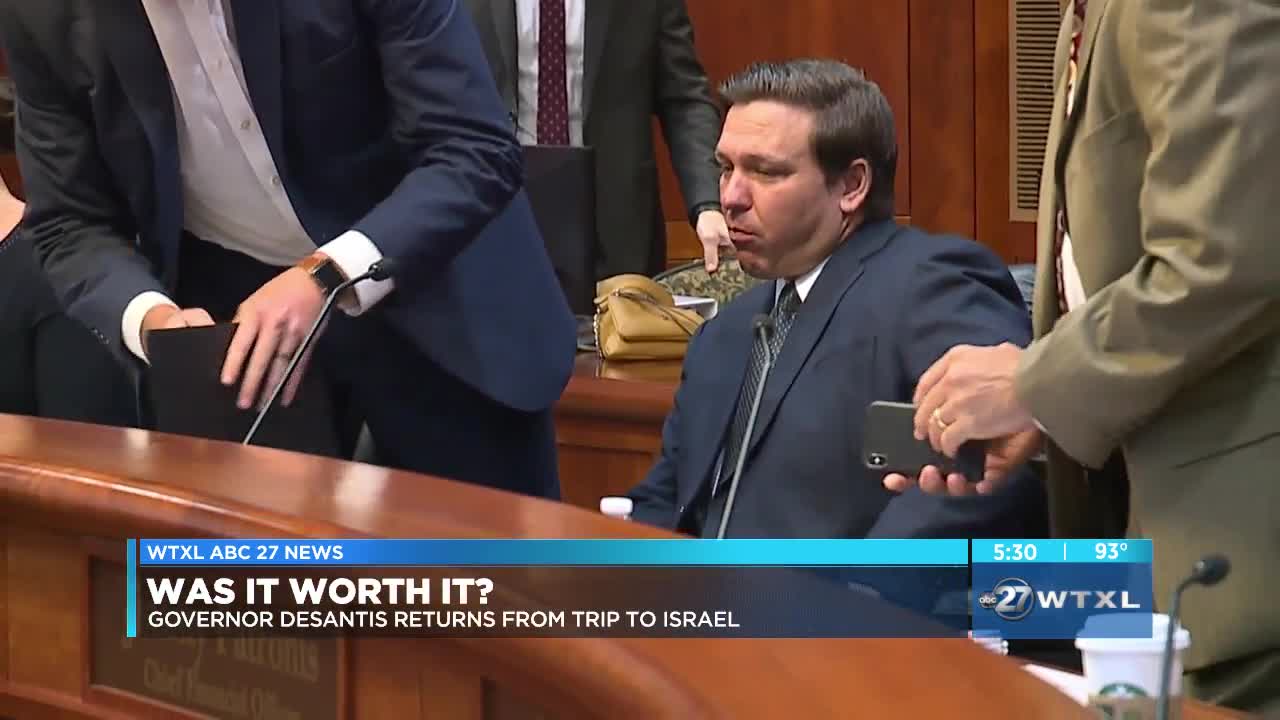 State officials believed it would still be some time before Floridians knew how much was spent during Governor Ron DeSantis’ overseas trip to Israel, last week.

More than 90 Florida delegates were on the week-long trade mission to the Middle Eastern nation. During that time, the governor signed memorandums of understanding during at least nine signing ceremonies, covering partnerships in tourism, education and business— tech companies in particular.

“We talk about tech— you know all the tech in Israel,” DeSantis said, during a Tuesday news conference. “They need markets for their innovation. I think they’re going to look more and more to Florida as this could be a US outpost.”

Officials with the office of Florida’s CFO said they’re still compiling all of the expenses from the trip and don’t yet have a final amount. They expected a total in coming days.

While likely to be expensive, those who study international business felt the mission trip may end up being well worth the tax dollars.

Kim believed the trip would help diversify Florida’s economy and most benefit small to medium-sized companies that couldn't afford these types of trips. Kim also thought the results would be seen soon.

“Usually, some companies get some orders from their trade mission trips,” said Kim. “That means from today, maybe three months— maybe six months.”

While the state awaits results, the governor continues to deal with blow back from his “ceremonial” cabinet meeting in Jerusalem. Though it was streamed online, watchdogs in a dismissed lawsuit called it a violation of Sunshine Laws, seeing as residents couldn’t attend in person.

“I think the lawsuit was frivolous,” DeSantis said. “But, I do think that maybe it caused some Floridians to want to tune into a cabinet meeting for a change— we’ll see how the ratings were online.”

The head of the First Amendment Foundation, which spearheaded the lawsuit, said in a statement the group disagreed with the governor’s comment.

“We haven’t decided whether to amend our complaint to seek declaratory relief or try a more diplomatic approach,” said Barbara Petersen, the First Amendment Foundation’s president. “Ideally, we would like the Cabinet to agree that it will not meet outside the state of Florida.“