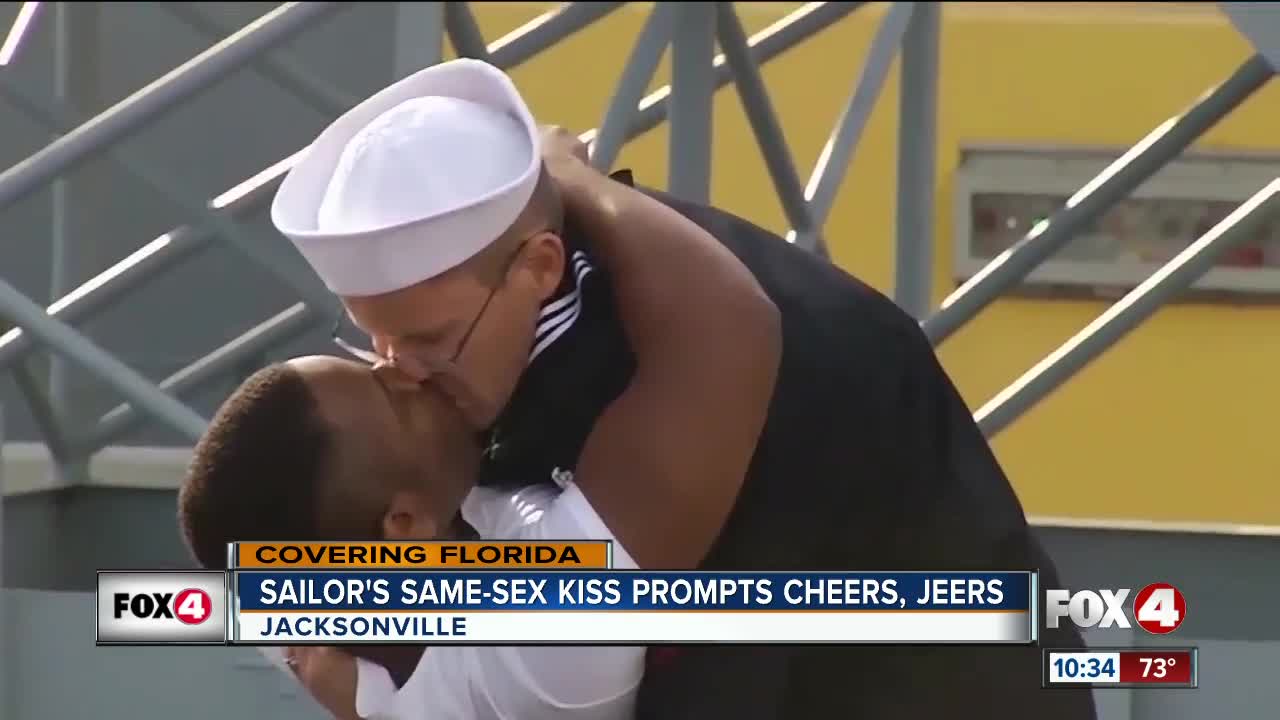 A same-sex kiss at the homecoming of a U.S. warship in Florida received both cheers and jeers on Friday.

JACKSONVILLE, Fla. — A same-sex kiss at the homecoming of a U.S. warship in Florida received both cheers and jeers on Friday.

The USS "The Sullivans" returned to port in Jacksonville with 300 sailors, and one of them was Bryan Woodington.

He walked down the gangway and planted a loving kiss on his husband Kenneth. People cheered, but later on some people said they were offended and started complaining.

However, the Woodingtons said they are focused on love and got more positive than negative feedback.

"My grandmother always taught me, she said, 'You know some people have a different life and that's just how they are and you just have to treat them as such, and treat them with kindness and respect'," Bryan said.

The ceremonial first kiss is a tradition at naval homecomings. Sailors' spouses give a donation and enter a raffle to win the honor of giving the first kiss.