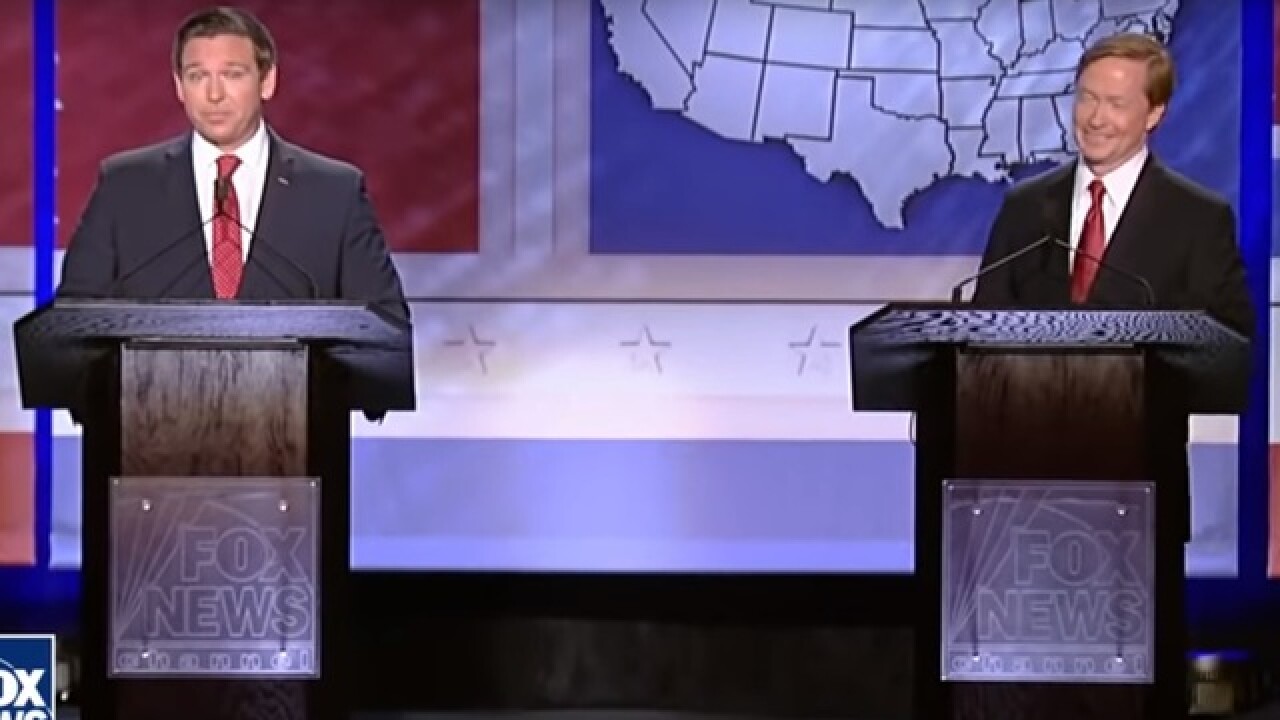 KISSIMMEE, Fla. (AP) - Florida Agriculture Commissioner Adam Putnam made jabs at U.S. Rep. Ron DeSantis over time the congressman has spent in Washington, D.C. instead of in Florida during a live-televised debate.

Putnam opened the debate Thursday night at a resort near Orlando by "welcoming" DeSantis to Florida, tongue-in-cheek.

DeSantis defended himself, saying he was doing his job and fulfilling his duty as a congressman.

The first half of the debate televised on Fox News covered topics including the new opening on the U.S. Supreme Court, civility and President Trump's planned meeting with Russia's leader.

President Trump has endorsed DeSantis, but Putnam has raised more money and is leading in recent polls.

The primary is in August.

Gov. Rick Scott is stepping down from his post due to term limits.