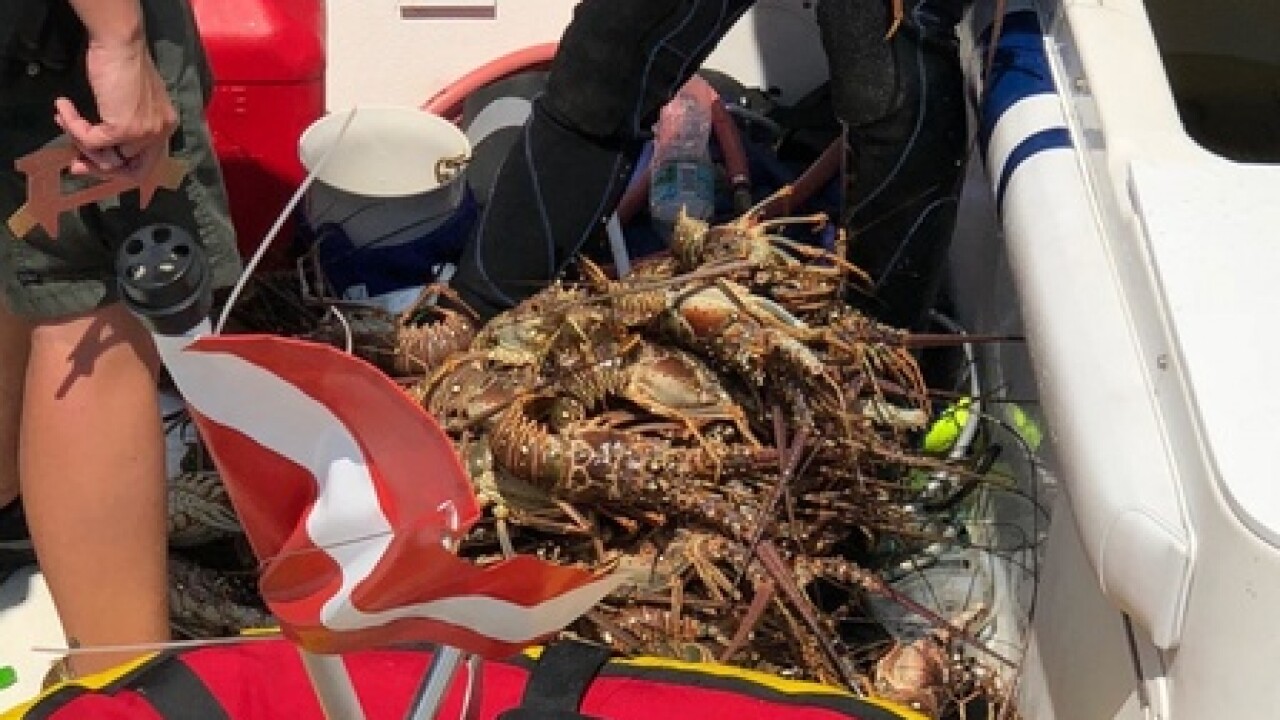 Copyright 2018 Scripps Media, Inc. All rights reserved. This material may not be published, broadcast, rewritten, or redistributed.
U.S. Coast Guard
<p>Lobsters are shown during a law enforcement boarding on a pleasure craft by members of the Coast Guard and Florida Wildlife Conservation Commission in Fort Lauderdale, July 26, 2018. The boarding led to the release of multiple egg-bearing lobsters back into the water.</p>

FORT LAUDERDALE, Fla. -- Law enforcement checks during this week's lobster mini-season led to the discovery of divers in possession of egg-bearing lobsters in Fort Lauderdale.

According to the U.S. Coast Guard, crews in the Fort Lauderdale area conducted 40 boardings of vessels during over 26 hours on the water.

Egg-bearing lobsters were located in at least one vessel and released back into the water.

The boarding took place during the 2018 Lobster Mini-Season, July 25-26, which divers are allowed to hunt lobsters before the commercial hunting season.

It is illegal for divers to possess any lobster with eggs, and are limited to six lobster per person.

There's no word on whether the divers with the illegal lobsters were ticketed or arrested.