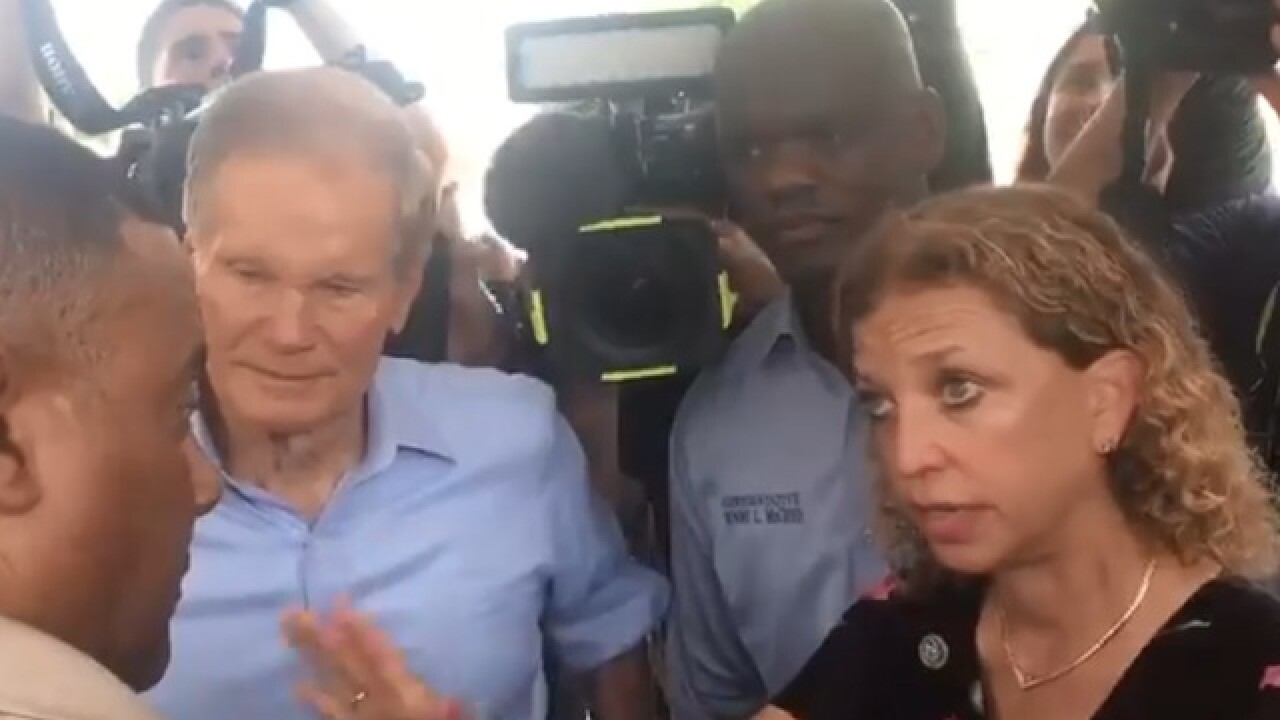 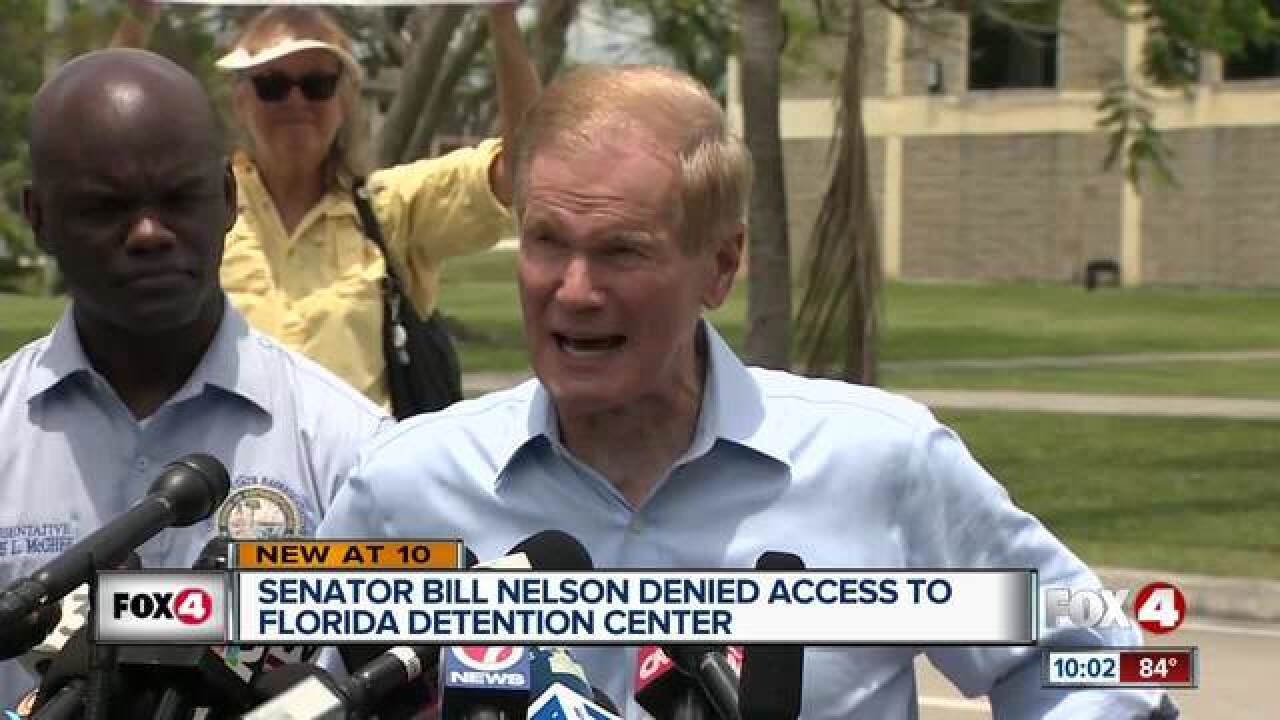 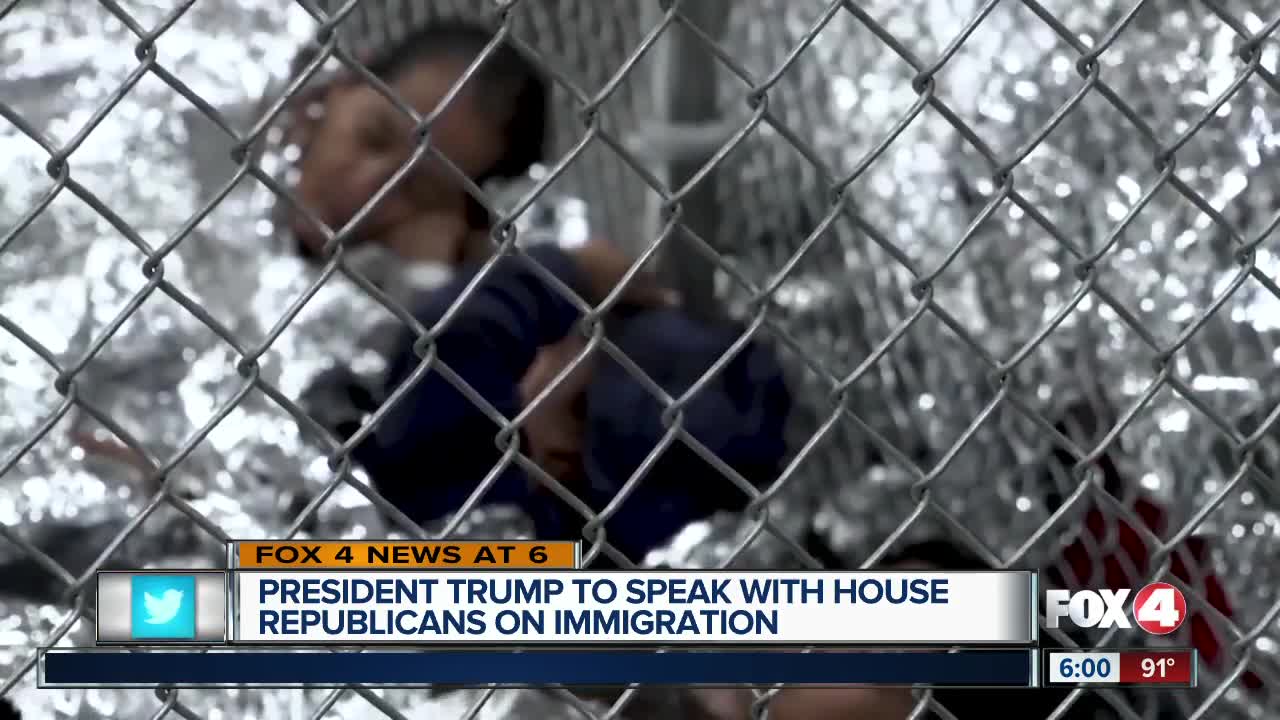 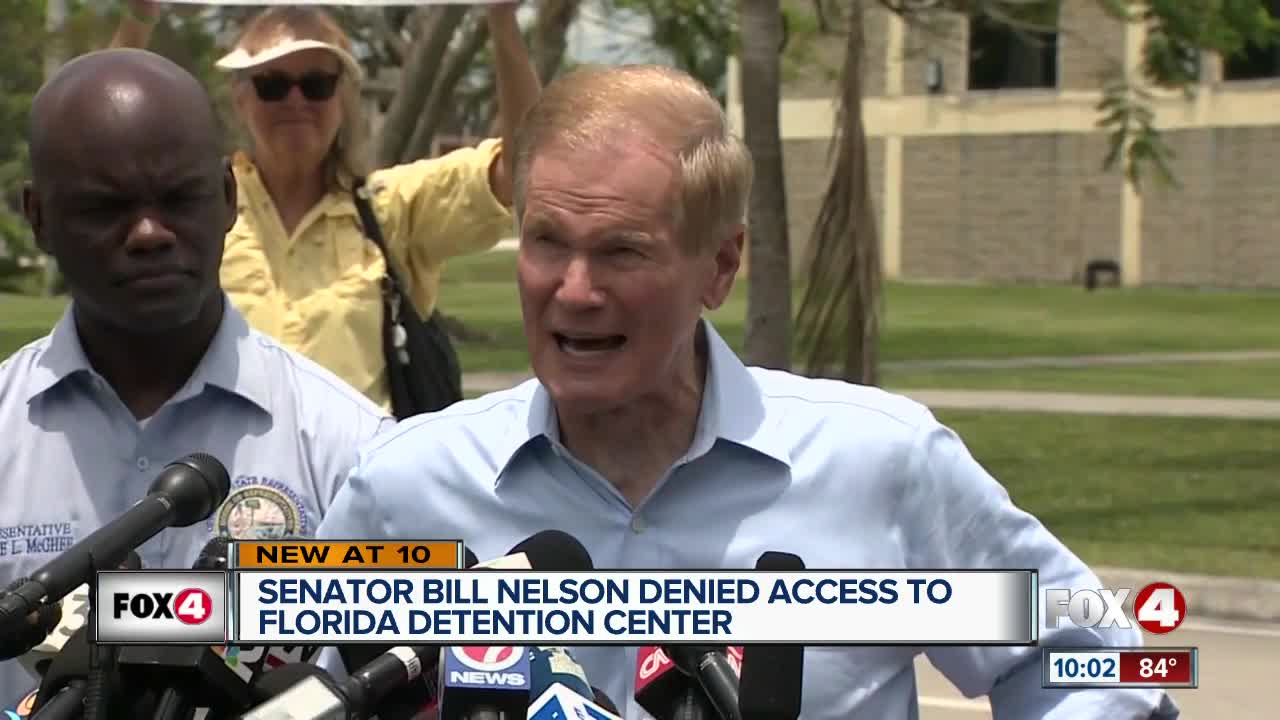 HOMESTEAD, Fla. (AP) - The Latest on an immigration facility in Florida (all times local):

Governor Rick Scott sent a letter to Health and Human Services Secretary Alex M. Azar II asking the Trump administration to alert local and state authorities if anymore unaccompanied minors will be held in Florida under the administration's immigration policy.

The letter also asked if border agents are conducting health screenings on children before they are detained.

The Governor released a statement Tuesday night criticizing the President's policy of separating children at the border.

"I do not favor separating families. Washington is to blame for this by being all talk and no action, and the solution is to secure the border. Anyone seeking to enter our country illegally needs to be sent back, with the exception of those who are truly seeking asylum from an oppressive regime."
___

Immokalee Chamber of Commerce President Danny Gonzalez says several people in the majority Hispanic community are affected by the policy.

"People that we know personally, have families, kids right now separated.  They have brothers, sisters aunts and cousins, all separated," said Gonzalez.

He adds some of those relatives are at the Guadalupe Center trying to get in touch with their familes.

A Department of Health and Human Services spokesman denied an Associated Press reporter access to Secretary Alex Azar while he was at a Miami hospital.

Azar met Tuesday with opioid patients at a Miami hospital, shortly after two Florida lawmakers said Azar's agency had kept them from entering a Miami-area detention center for immigrant children.

Spokesman Gavin Smith barred an AP reporter from asking Azar questions about the Homestead Temporary Shelter for Unaccompanied Children because an interview with the secretary hadn't been pre-arranged.

U.S. Rep. Debbie Wasserman Schultz and U.S. Sen. Bill Nelson went to the facility Tuesday following reports it was receiving detained migrant children who had arrived in the country illegally.

President Donald Trump's immigration policies have come under intense scrutiny following reports of the forced separation of migrant children from their parents.

U.S. Rep. Debbie Wasserman Schultz and U.S. Sen. Bill Nelson, both Democrats, told reporters outside the Homestead Temporary Shelter for Unaccompanied Children that they would try to record video from inside the facility.

Before attempting to enter the facility, Wasserman Schultz said it was being used for both children who arrived as unaccompanied minors as well as children separated from their families at the border.

Wasserman Schultz said she had been told she would need to make a request to visit the facility two weeks in advance. The congresswoman said that policy "continues to smack of cover up."

Nelson called said "they are obviously hiding something" and that he will raise the issue in the Senate.

HHS just blocked us from entering its facility in Homestead, Florida to check on the welfare of the children being held here. They are obviously hiding something, and we are going to get to the bottom of this. pic.twitter.com/q4m6Zd0ck2

A Democratic candidate for governor wants to know what Florida officials were told about a recently reopened facility for children who entered the country illegally.

Gwen Graham on Tuesday filed a public records request asking that Gov. Rick Scott turn over any records related to the reopening of a facility in the Miami area and whether there are any other detention facilities now operating in the state. Graham, a former member of Congress, is one of several Democrats vying to replace the Republican governor.

Scott said Monday that he's opposed to the policy of separating families when they're detained after crossing the border.

A Miami-Dade County leader says a Miami-area immigration facility where children could be seen playing soccer appears to be housing young immigrants who arrived in the U.S. without their parents.

Gimenez said Miami-Dade Police believe the children were sent to South Florida because other facilities have been filled by children separated from their parents in Texas.

Gimenez said he opposed the policy that separated children from their families crossing the U.S. border.

Several dozen children were playing soccer outside a Miami-area facility for children who entered the U.S. illegally and alone.

Reporters weren't allowed onto the property. One protester joined them outside, holding a sign showing a Nazi guard pulling a child away from woman with a Jewish star and saying "Nazis took children away. Trump inhumane."

Martin Levine, from the Miami suburb of West Kendall, says he came because he believes the policy to separate families is immoral.

Levine says the policy "is not a Democrat or Republican issue, because all of the former first ladies have found this policy despicable."

Republican lawmakers from Miami-Dade County have condemned the policy of separating families crossing the border.

U.S. Sen. Bill Nelson plans a visit Tuesday to a reopened Miami-area facility for children who entered the U.S. illegally and alone.

Another Florida Democrat, U.S. Rep. Debbie Wasserman Schultz, confirmed the facility's use during an event Monday. But it was unclear how long the facility, known as the Homestead Temporary Shelter for Unaccompanied Children, had been open, or whether it's housing children who came without their parents or those who've been separated from their parents by U.S. authorities.

The 1,000-bed facility is overseen by the U.S. Department of Health and Human Services. Department spokesman Kenneth Wolfe said in an email Monday that it had reopened as "a temporary unaccompanied alien children program facility." He did not provide additional details.