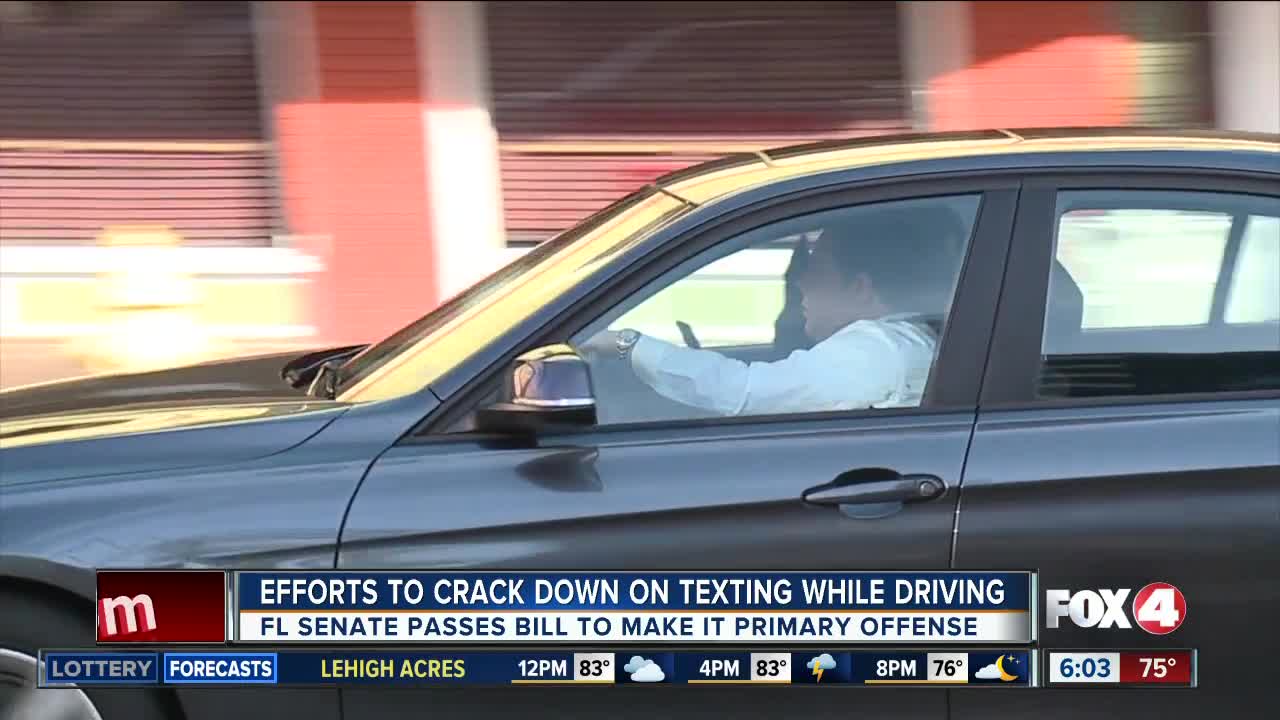 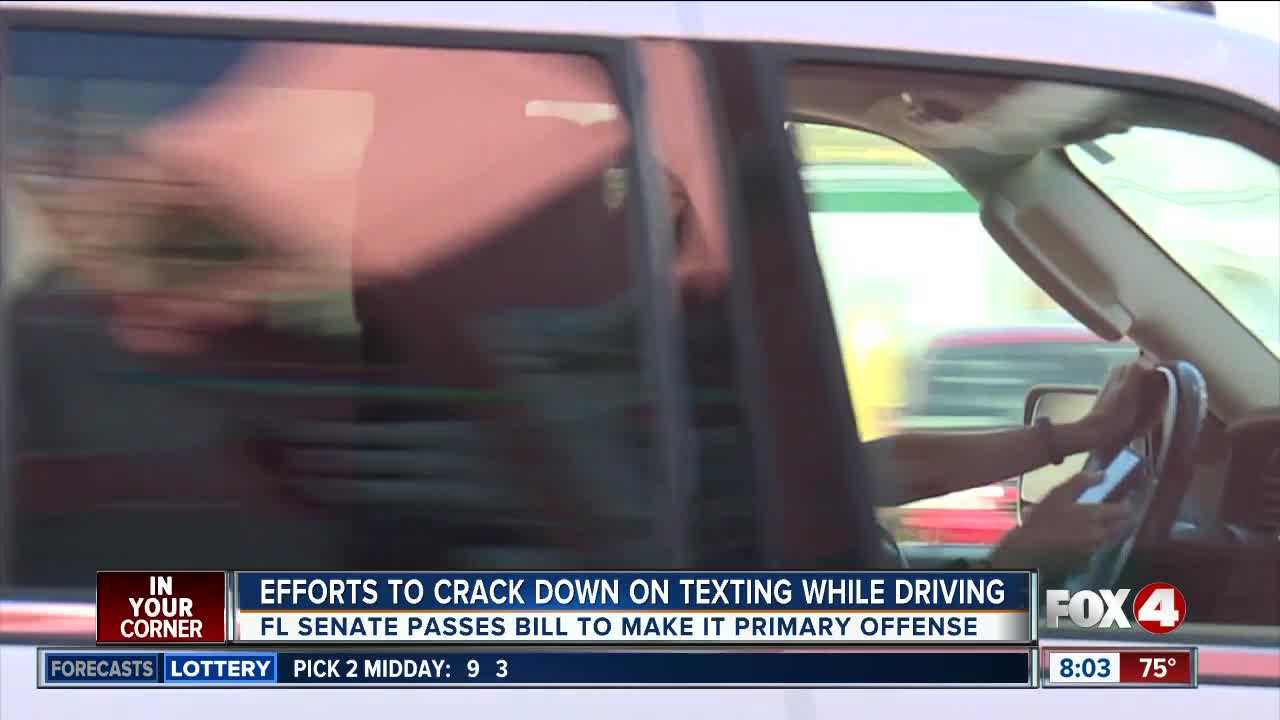 TALLAHASSEE, Fla. – There are new efforts to crack down on texting and driving. Florida’s Senate passed a bill Thursday to toughen the law on distracted driving.

Senate Bill 76 says texting while driving would be a primary offense in Florida, which means a police officer is allowed to pull you over and give you a citation if you’re on your phone while driving.

Right now, the way the law is written, texting and driving is a secondary offense.

The current law says law enforcement would have to pull you over for another reason, like speeding or running a traffic light, in order to cite you for texting while driving.

The Senate voted 33 to 5 Thursday to pass the House version of the bill, but they took the bill a step further.

The Senate added an amendment that would also ban drivers from talking on handheld devices while in school and construction zones.

Instead, drivers would have to use hands free devices if they wanted to talk on their phones in those areas.

The House will now have to decide what to do with the new version on the bill.

If the bill passes the Florida legislature and is signed by Governor Ron DeSantis, it would go into effect January 1, 2020.

That’s when law enforcement would be allowed to give out citations for texting and driving.

Between October and December, police will give verbal or written warnings if they see you on your phone while driving.