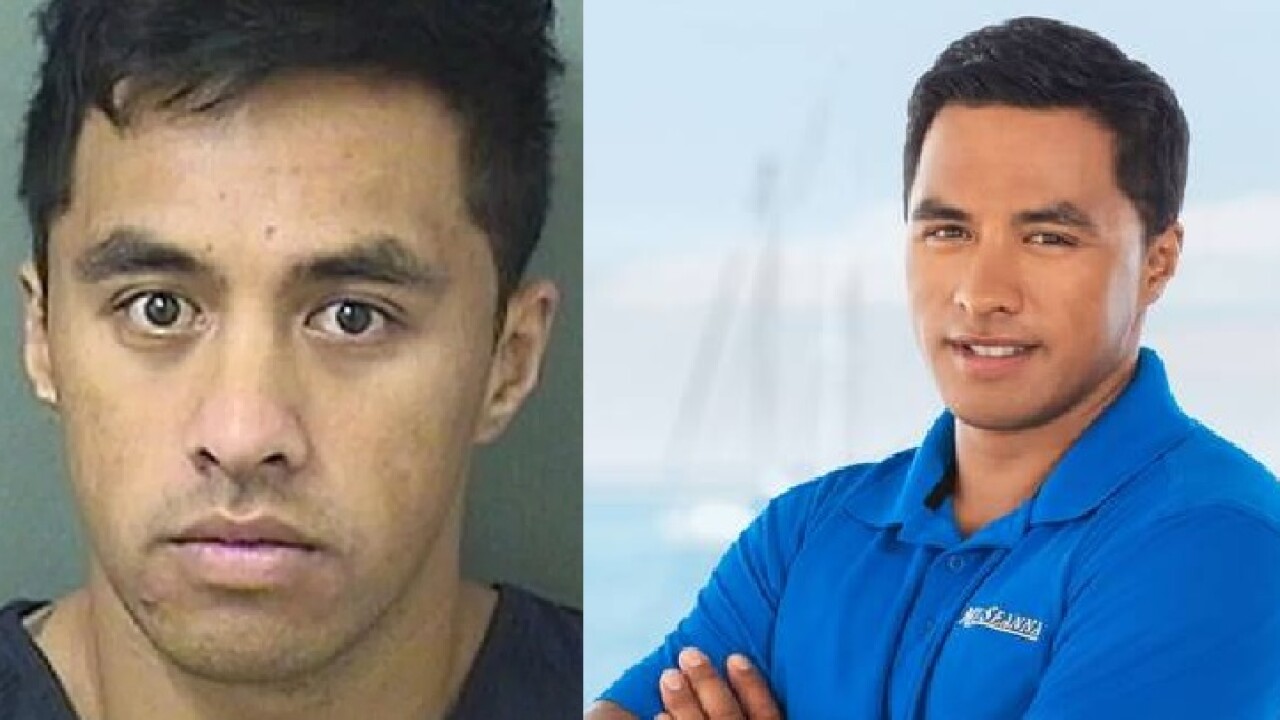 WEST PALM BEACH, Fla. (AP) - A cast member on the reality television series "Below Deck" has been arrested in Florida.

According to a West Palm Beach police report, 30-year-old Ross Inia was arrested early Saturday on charges of disorderly conduct and battery on a police officer or firefighter.

The report says Inia punched an officer who was trying to break up an altercation involving Inia and two other men.

Inia, a native of New Zealand, is featured on the sixth season of the Bravo series that follows the escapades of a mega-yacht crew and their wealthy clients.

Inia was released from the Palm Beach County jail on $15,000 bond. His spokeswoman did not immediately respond Tuesday to an email requesting comment.