18 injured in panic at Florida mall after food court fight 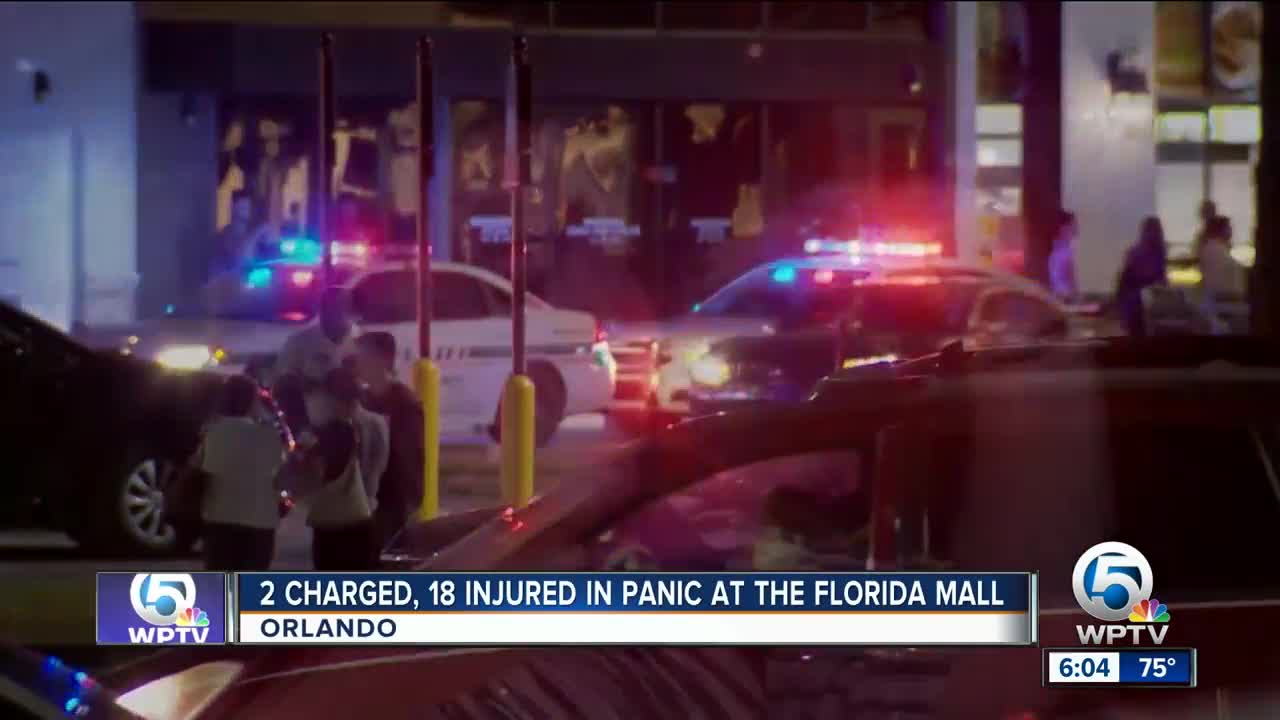 Authorities say 18 people were injured at a Florida shopping mall when a crowd fled loud noises they mistook for gunfire. 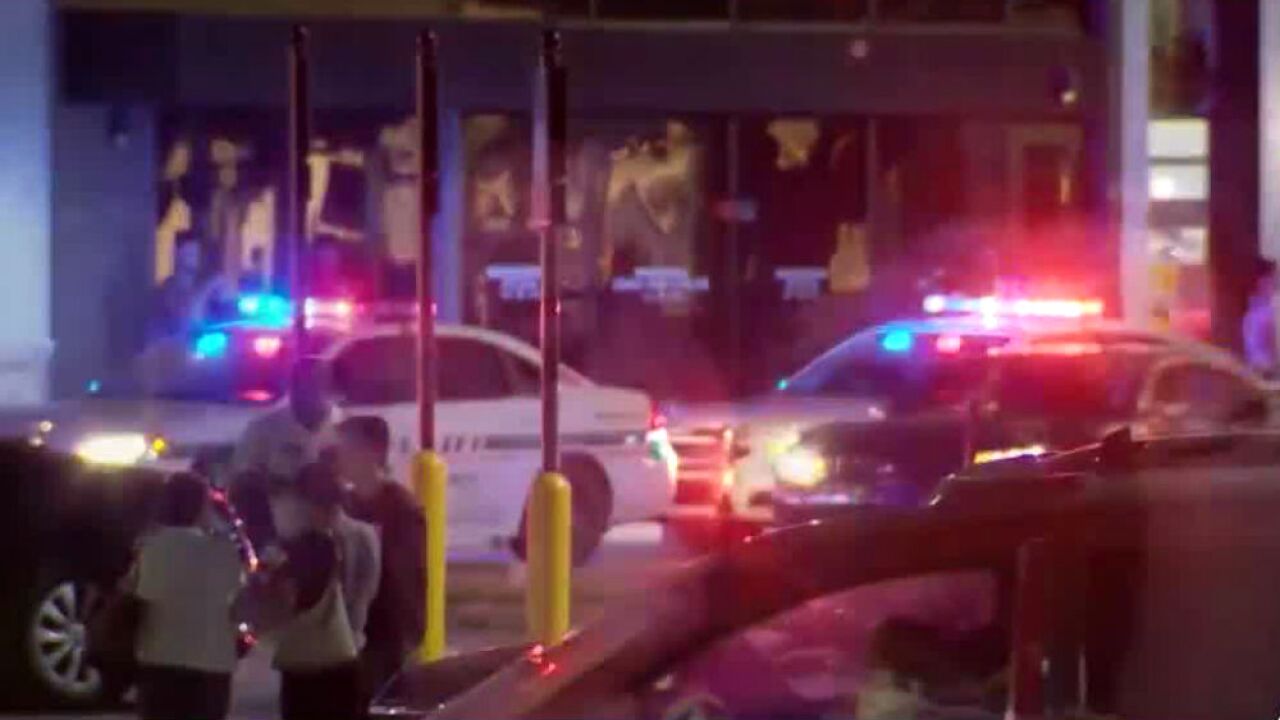 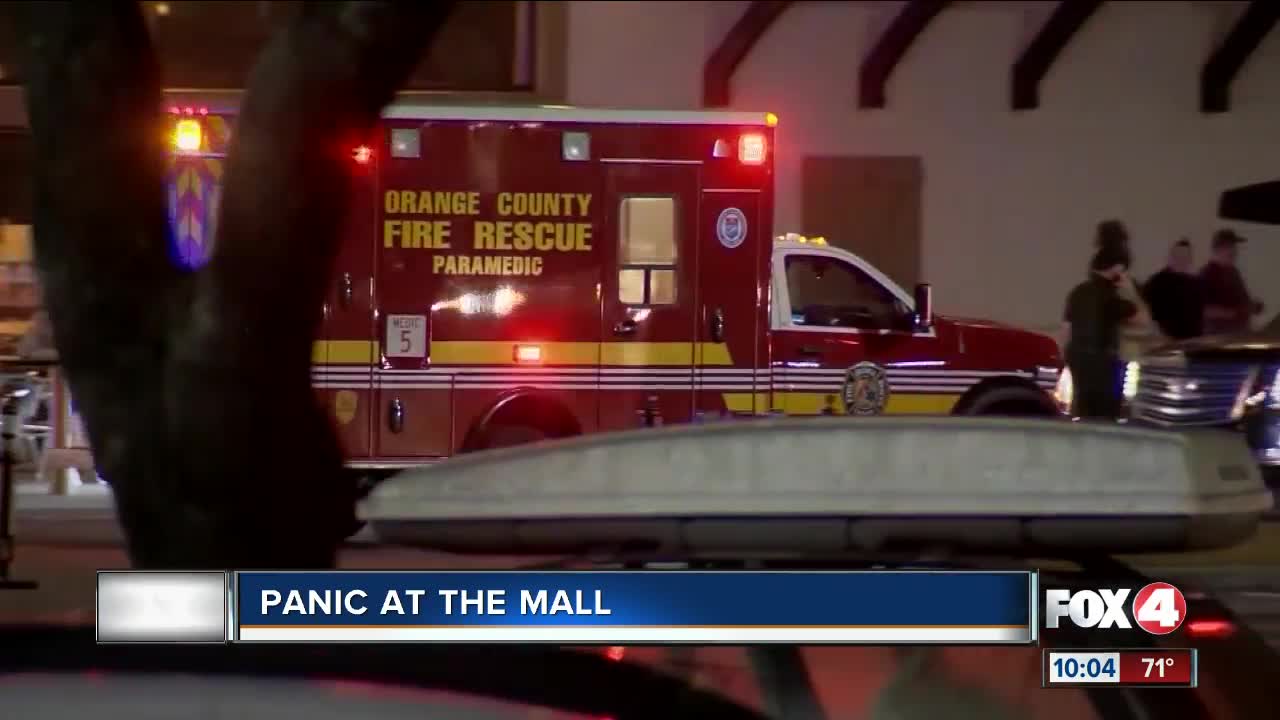 ORLANDO, Fla. (AP) — Authorities say 18 people were injured at a Florida shopping mall when a crowd fled loud noises they mistook for gunfire.

Orange County Sheriff's Office Master Deputy Ingrid Tejada-Monforte said chairs hitting the ground during an altercation in the food court set off the panic Saturday at The Florida Mall in Orlando.

Tejada-Monforte said deputies responding to a call about shots fired quickly determined that a man and a woman had been fighting and knocked over the chairs.

The 55-year-old man and 39-year-old woman were arrested. Each was charged with battery and disorderly conduct.

The sheriff's office said 18 people were injured as the crowd rushed toward mall exits. Eight of those people were hospitalized.

The Orlando Sentinel reports that many stores in the mall reopened after about 90 minutes.