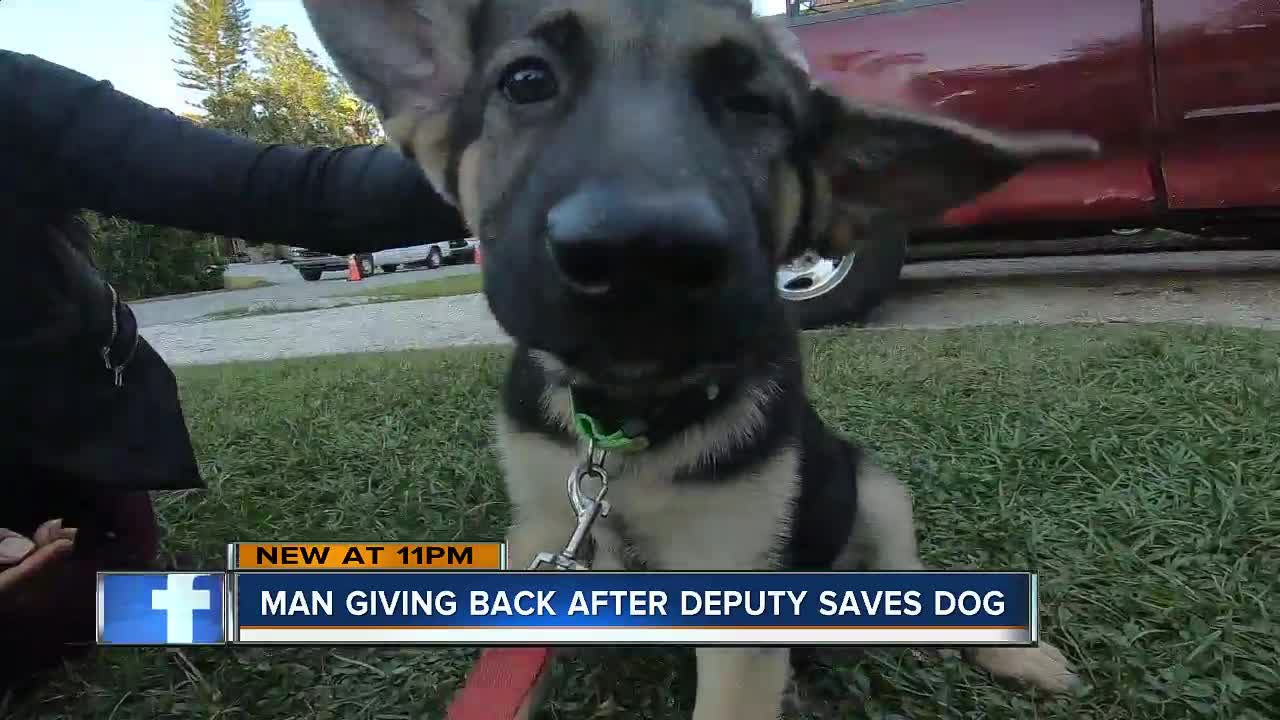 Hope gave birth to a litter of 6 puppies. There were three boys and three girls. All but two have found new homes. The last two girls Welter wants to donate to law enforcement. 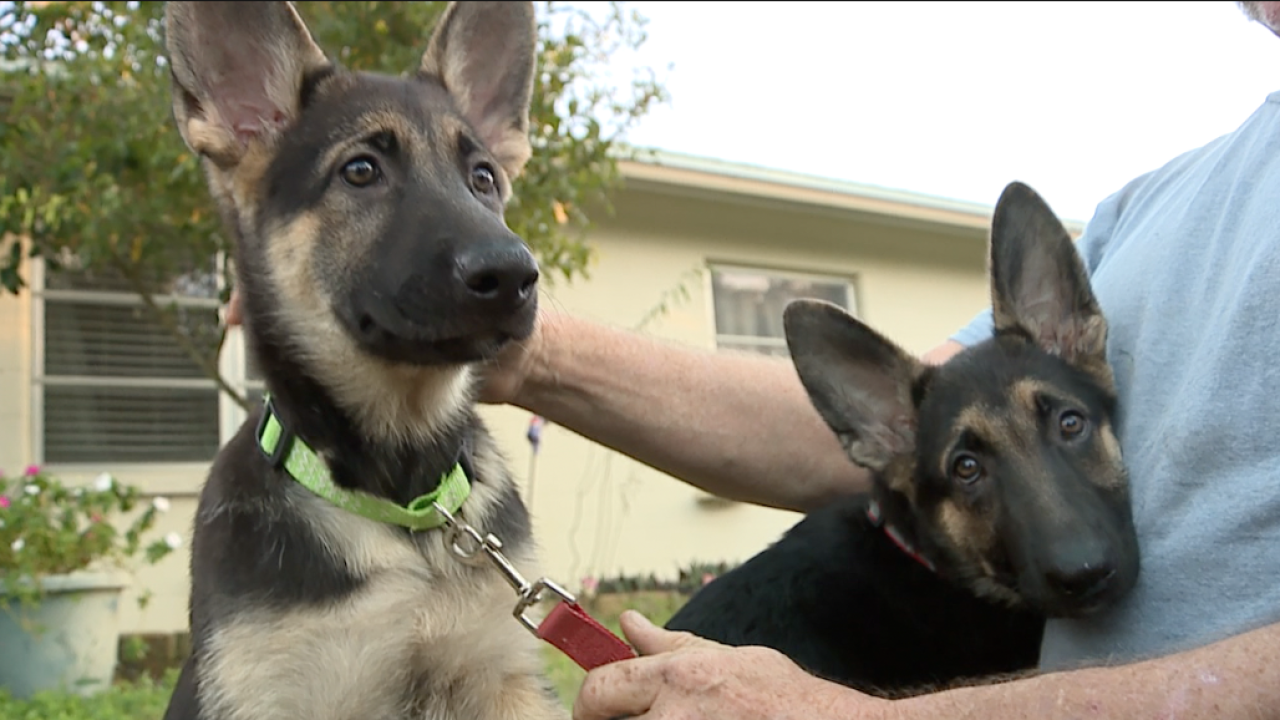 VENICE, Fla. — If it wasn’t for the hard work and dedication of a Good Samaritan and members of the Sarasota County Sheriff’s Office, “Rex,” a German Shepherd may not be alive today.

The dog went missing in late March after escaping from his Venice home. Rex was spotted after eight days by a Good Samaritan who found him exhausted, starving, and close to death near the Intracoastal waters by Manasota Key.

Welter said he never thought he would see Rex again. When the sheriff’s office sent the chopper and members of the marine patrol, he held onto hope he'd get his dog back.

“That really took me that day because Rex is family,” Welter said fighting back the tears.

After Rex’s recovery, they wanted him to have a friend, so they got another German Shepherd named “Hope.”

“When we got the girl dog the guy never said if she was fixed or not we found out she wasn’t fixed when the wild thing happened,” Welter said with a laugh.

Hope gave birth to a litter of 6 puppies. There were three boys and three girls. All but two have found new homes. The last two girls Welter wants to donate to law enforcement.

A school resource officer at his son’s school showed interest in one of the puppies. If you are in law enforcement and interested in adopting you can contact ABC Action News or give Welter a call at 630-788-8886.

Rex has a new collar with a GPS tracker attached. Welter said he knows his dog survived eight days on his own in the Florida mangroves, so he thinks, Rex’s offspring can one day help others.

“He’s a fighter, and he’s very protective,” Welter said. “That’s why I want to offer something like that cause very seldom do you get a dog with decent quality behind him.”