Without government action, people in North Port are banning plastics on their own 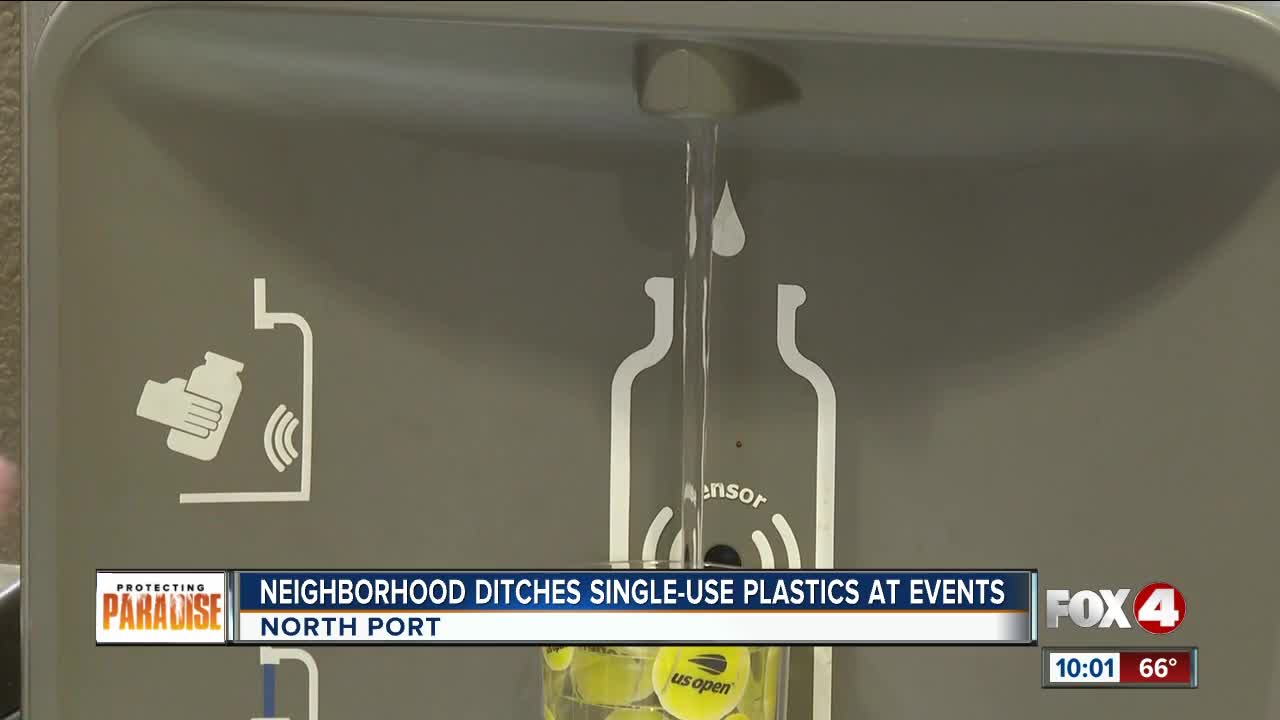 NORTH PORT, Fla. -- Going green is getting more popular in one Florida community.

A neighborhood in the City of North Port is trying to completely ditch the use of single-use plastics, like plastic bottles and plates. If you attend a party at the Island Walk event center, you'll want to bring your own container. It’s all thanks to one guy, Randy Sleet.

“My particular street had a street party, and I noticed after that, we had a tremendous amount of trash," said Sleet.

Sleet wanted to do something about it without causing a fuss.

“I decided to get onto the social network Next-door Neighbor, and I started to say hey there’s a possibility to reduce your plastic footprint, to reduce single-use plastic, and I noticed I got a considerable amount of positive feedback," said Sleet.

Sleet got the homeowner’s association on-board, and they installed bottle refilling stations, and he said they quickly saw another benefit in addition to protecting the environment.

“Based on a budget of water use, they found that they’re saving roughly $5,000 a year in bottled water," said Sleet.

This isn’t the first time people in North Port have tried to do away with plastic. In 2017, the city tried to ban plastic bags, but they were stopped by the state.

“Regulations and that kind of thing, that’s going to take time. This is something we can do right now," said Sleet.

Now, people in Island Walk hope that the idea of ditching single-use plastics catches on in other cities around the region.