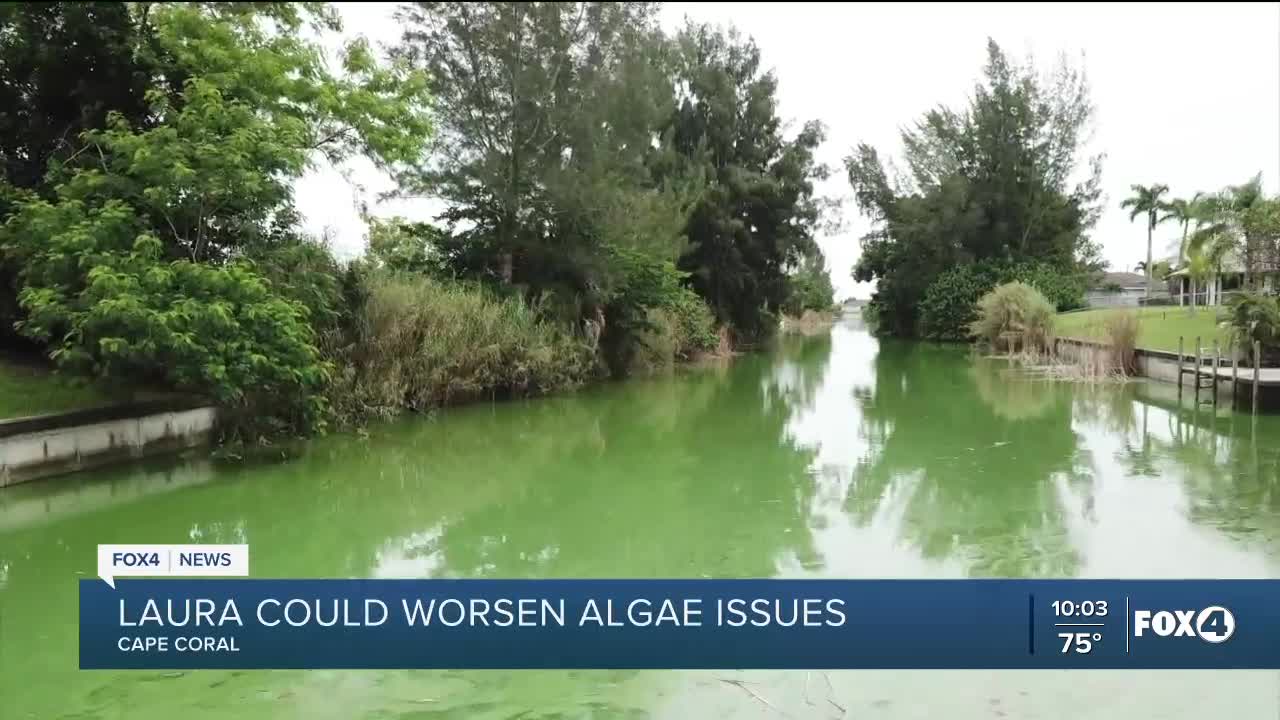 CAPE CORAL — Biologists are going to be studying the impact Tropical Storm Laura has on blue-green algae.

Some canals in Cape Coral are already seeing outbreaks, and there is a concern that the storm could make the problem worse.

Just a few days ago, the Makai canal in Cape Coral turned a sickly green color. Researchers are still determining what caused it, but the result is clear: blue-green algae is everywhere. FGCU Marine Science Professor Mike Parsons says the algae thrives off of nutrients in the water, and if Tropical Storm Laura hits us, it could make the bloom even worse.

“If we get a lot of nutrients, from either stirring up, or the runoff coming in, that could cause a bloom, or it could increase a bloom that’s already happening," said Parsons.

Parsons says the worst bloom happened back in 2018, and began on Lake Okeechobee.

“Almost the whole lake surface was covered by a microcystis blue-green algae bloom, whereas right now we just have kind of this patchy bloom that’s been moving around the lake," said Parsons.

Water releases from the dam at Lake Okeechobee can send that algae downstream toward us. If the lake gets added rain from a storm, releases could be necessary.

Parsons says he’s going to be tracking impacts the storm has on the levels of algae in Cape Coral.

“We do have some pre-storm water samples, and then we’ll get post-storm samples, and basically compare them and see if we see differences, and if we can attribute that to any storm effect," said Parsons.