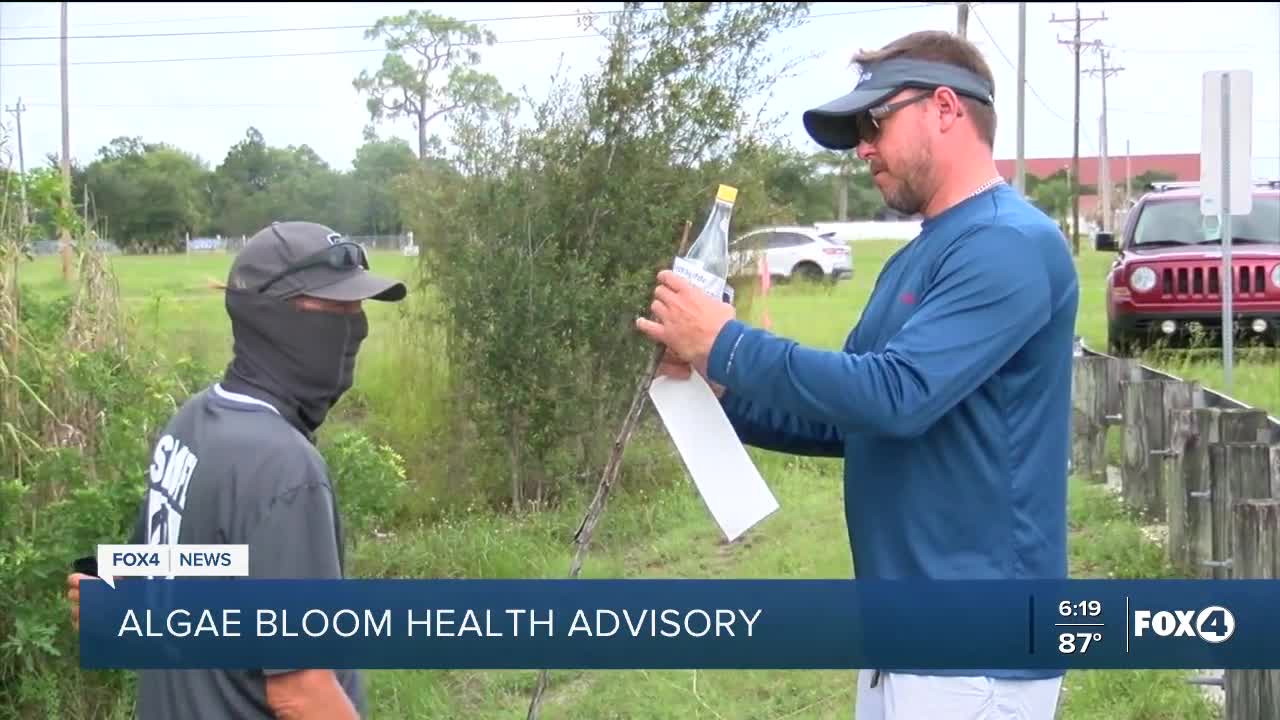 CAPE CORAL, Fla. — Community water activists in Cape Coral are concerned about the growing number of algae blooms in the area. Blue-green algae has been found in Makai Canal, Boris Canal, and Highlander Canal.

The Lee County Department of Health sent out a warning stating the algae could potentially be toxic.

George Cutting and John Heim are community water activist with the South West Florida Clean Water Movement. The two made their way out to the Highlander canal today to observe the algae blooms.

"I mean look at the water, it is lime green. It looks like pea soup," said Cutting.

With masks and gloves on, John and George dipped bottles into the canal to grab a sample of the water.

By testing the water, the two are attempting to find out the cause of the algae blooms.

The city of cape coral is trying to answer that question as well. Last week, the Department of Health confirmed that the algae in Makai canal is toxic. Samples were taken from Highlander and Boris canal Tuesday to see if the same toxic algae in Makai Canal is present in the other canals.

John Cassani of Calusa Waterkeepers says the amount of algae blooms popping up in the cape canals are concerning.

“There’s a trend in both increasing frequencies (of blooms), how long they occur, and how severe (the blooms) are. We are seeing this all over Florida,” says Cassani. “There are now two types of bacteria that are blooming in Cape Coral and they produce different types of toxins.”

It is these toxins that scare water activists John and George

"When the wind’s blowing this stuff becomes airborne and with all this residential housing right upon us, these poor people on the porches out for a midnight snack or dinner on their lanai are being exposed to airborne toxins," says Heim.

Cassani agrees with Heim and says its time to call for stronger water regulations in Cape Coral.

"Those trends are troubling. Something is going to have to change in the regulatory framework," says Cassani.

The test results of the samples taken at Highlander and Boris canal will be available later this week and we will keep you updated on those results.