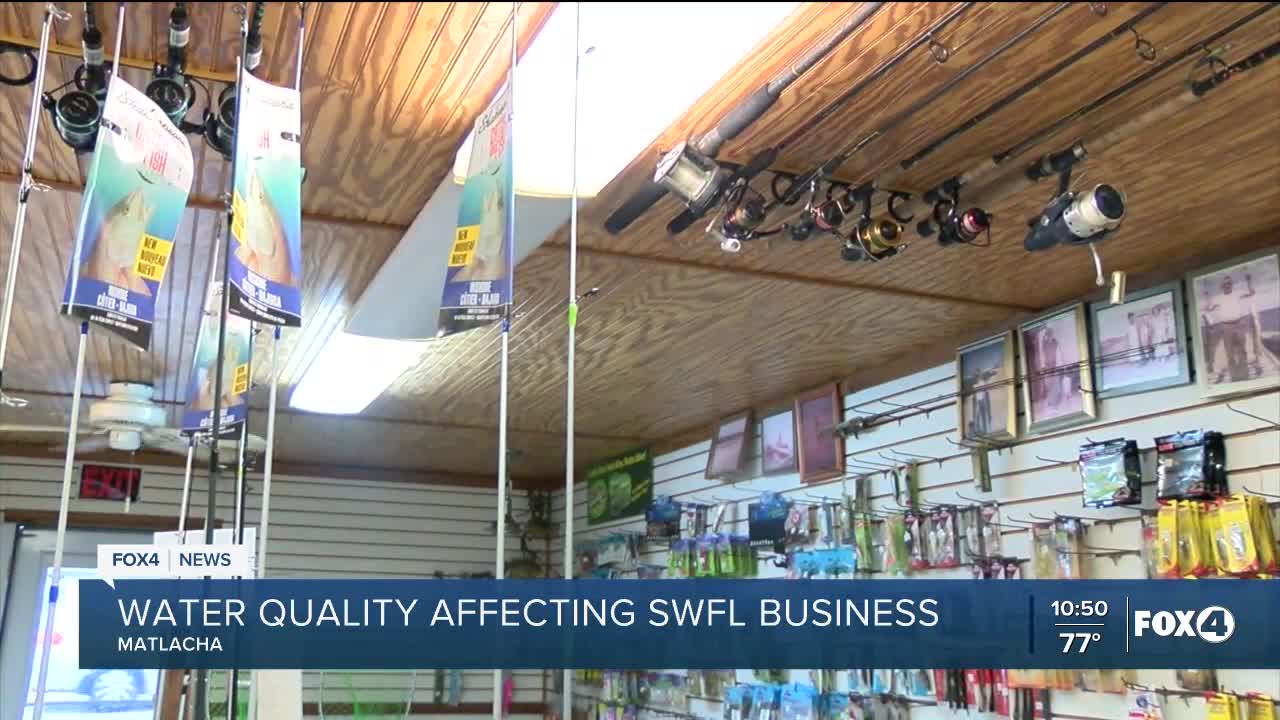 MATLACHA, Fla. — For 25 years Jim Frock has owned Seven Seas Bait and Tackle on Matlacha, and says over the last several years he’s noticed a huge change in water quality in Matlacha Pass.

“It’s the color, it’s the smell, I believe it’s the nutrients in the water that make this algae stuff grow, and this year what little grass we had left, was covered with these big balls of red rolling algae,” said Jim Frock.

“You have wastewater from septic tanks, from sewers leaky sewer pipes, water treatment plants you have animal manure. So all of these sources end up putting these nutrients into the water and just like fertilizers on land they fertilize algae causing the excessive algae growth,” said Dr. Parsons.

Frock also says he thinks the removal of The Ceitus Barrier, boat lift apart of the North Cape Coral Spreader which limited the amount of water flow coming from canals in the area, and made a world of difference.

“When Charlie came through in 2004, the city lift was already compromised but then it got worse, but instead of fixing it, cape coral removed it. When the barrier was there that method was about 4 miles of canal systems that changed with the tides, when they removed that barrier they added another 160 miles of canal system that dumps out of there. it’s also that much more water, that like, like I say it’s a stormwater ditch,” said Frock.

Frock says the poor water quality has put a damper in his lifestyle as a fisherman, but also his business.

“Catch your Redfish here, catch your Snook there, catch your Trout, there and now you’re lucky if you catch anything at all, and when you do catch them you have to throw it back and you know that’s hard on a bait shop owner,” said Frock.

Frock says there are many components affecting the water quality in Southwest Florida algae bloom, cycles of red tide, and more, but he says, we have to work collectively to find the solution.

“If you get on the other side of Pine Island and Pine Island Sound, there is some beautiful grass left there, you can see what it used to be here. Like I said it’s just gone and we have to figure out a way to make it better for everybody,” said Frock.