Second round of water issues for Fort Myers canal 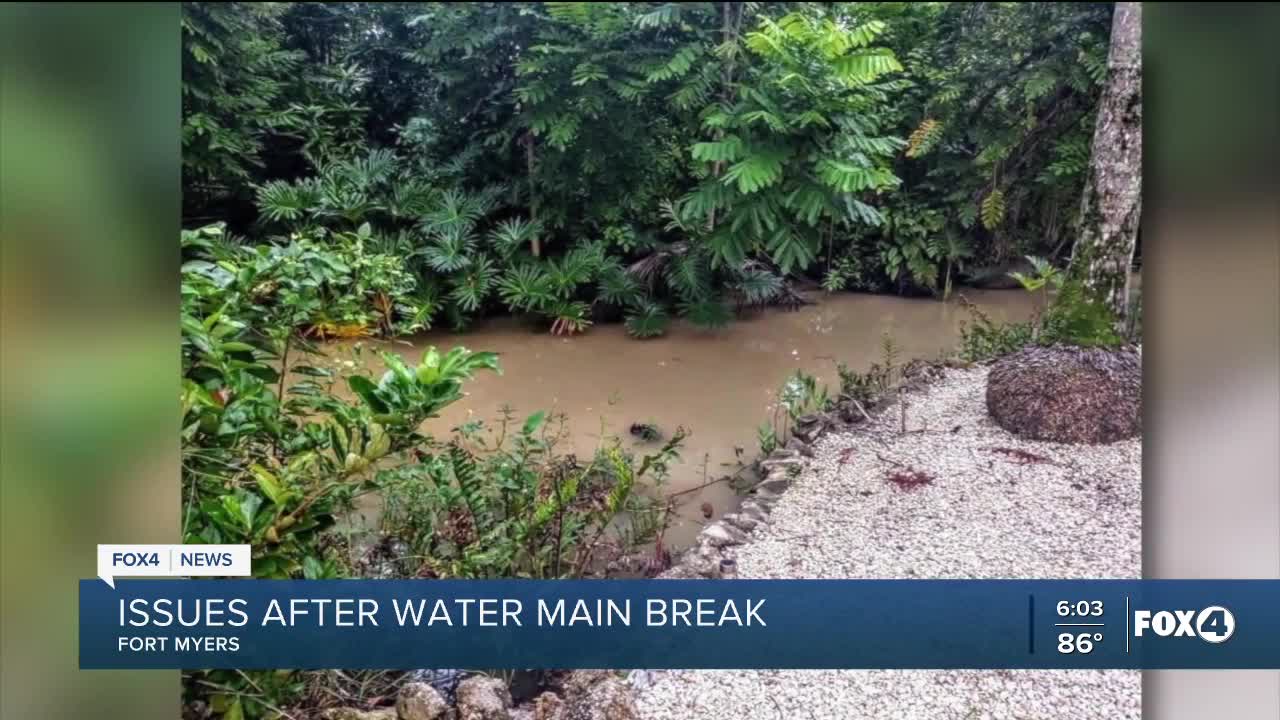 More water trouble in a Fort Myers canal. For the second time this year people living near Manuels Branch are seeing discolored water. Nearly 200,000 gallons of sewage seeped into it in March. Monday a water main break turned the canal water brown.

This time around, drinking water actually caused that brown water. A spokesperson for the City of Fort Myers says Monday an FDOT contractor broke one of the city’s pipes.

“I think the chocolate-looking water was due to sediments that eroded around where the pipe had broken,” he said.

Earlier this year untreated raw sewage caused a pipe to break and leak 183,000 gallons of sewage into Manuels Branch.

“They didn’t put the signs up right away, and kids were out here playing, fishing like they do,” said Butler.

The water cleared up much quicker this round, but Butler’s not convinced that canal’s in the clear.

“I’m sure it will happen again,” he said.

“You have to kind of maintain the system and upgrade it from time to time. So that when it starts to wear out, it’s not creating more frequent spills,” he said.

But Fort Myers isn’t the only place in the sunshine state dealing with these leaks.

“The waste water issue is a crisis in the state of Florida right now. Actually, it’s worse in other areas,” said Cassani.

The leaks are happening more frequently farther north in central Florida and along the east coast.

The City of Fort Myers says the sewage spill in March was resolved by disinfecting the canal with hydrated lime.

They also said they’ve added chemical biocide to the water way and will continue to analyze samples.

The Florida Department of Environmental Protection says they’re looking into civil penalties against the city, and they’re working with them to prevent future sewage spills.