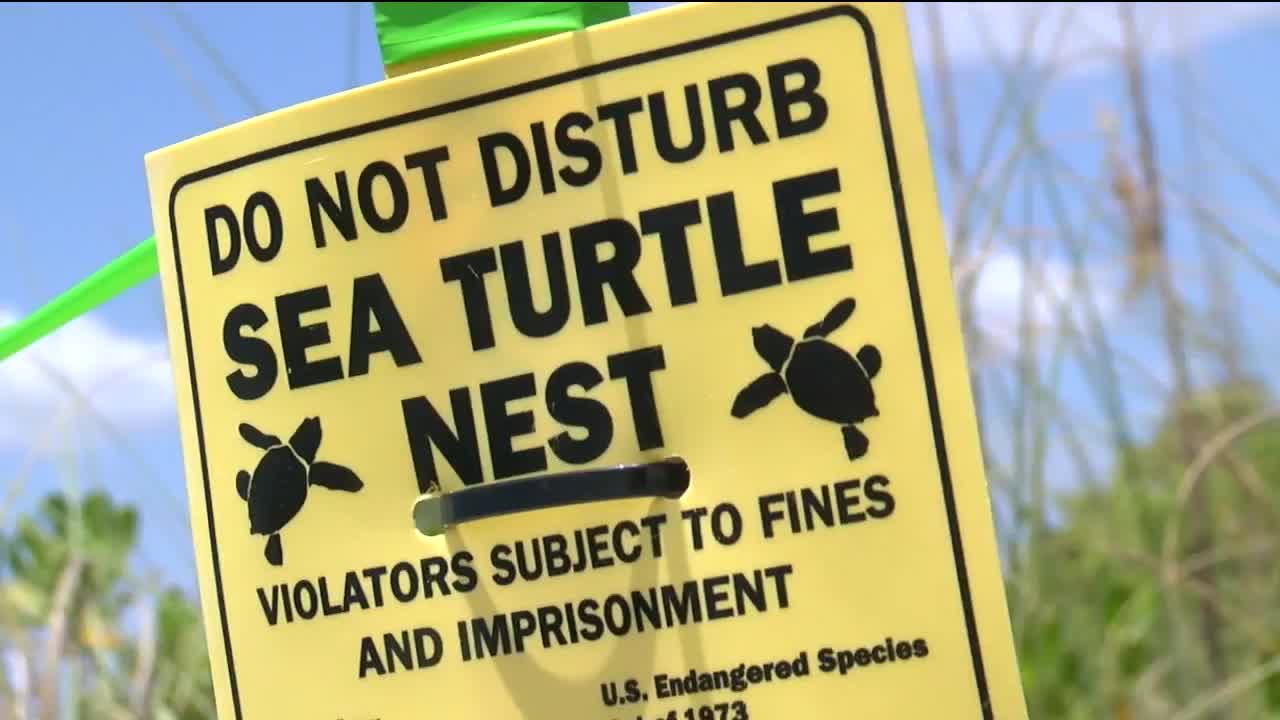 FWC says wooden stakes and ribbon used to tape-off nesting areas have been torn down.

The commission also says footprints near the site indicate someone walked or stomped on top of the nests.

In total, 15 nests were damaged.

Jenne McDonald, who has frequented the beach for over 20 years, says she could not believe what happened.

"I think its kind of horrifying. I don’t really know what the motivation would be behind that," she tells FOX 4.

"Why you would do that to something in nature? Something so beautiful? I have no idea," she says.

Stump Pass Beach is currently home to over 250 turtle nests and it is estimated to contain more than 100 eggs. That's why McCoy says visitors should be careful when in the area.

"Every sea turtle is either threatened or endangered," says Carol McCoy, Volunteer for the Coastal Wildlife Club. "Only one in 1,000 makes it to adulthood."

The endangered status makes it illegal to harm, harass, or kill any sea turtles their eggs, or hatchlings.

"They’ve been doing this for millions of years, and were the only thing that’s changed, we’re here now. We need to make the habitat as good as it ever was for them," said McCoy.

Mccoy asks visitors to be aware that damage to turtle nests can hurt the population for years to come.

"If female turtle hatches here soon, it might take 25 years till she matures and comes back here to nest," said McCoy.

The FWC says significant damage was not done to the eggs inside the vandalized nests.

This is an active investigation and anyone with information about the incident is asked to call the FWC’s Wildlife Alert hotline at 888-404-3922. Callers can remain anonymous and may be eligible for a reward.